Most of us grew up watching WWE which has been a part of our childhood. But as time passed on there
was another company which gave birth to stars and people began to worship them, Ultimate Fighting
Championship. Moreover, the fights in the UFC were real sports combat unlike the staged and pre-
determined matches like in the WWE. Now the current generation of fans has begun to watch the best
of both worlds. And people have started to wonder what if the stars from both the worlds collided. Here
is a list of top dream matches between a WWE wrestler and a UFC fighter that fans would love to see: 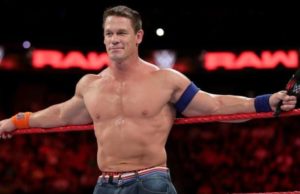 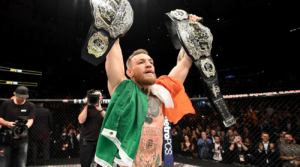 1. John Cena vs Conor McGregor: The Notorious one has poked at the ‘Cenation leader’ previously and
called him a ‘failed Olympian’. McGregor claims to be able to make an easy work out of the 16-time
world champion. Though this might be possible in the real world, considering the pro-wrestling image of
Cena the way he has been portrayed as the best wrestler out there, McGregor would have a tough
match if Cena was equally gifted in real combat as his wrestling skills. However, though we know Cena
will never step inside the Octagon, we can’t help think that McGregor would someday make a shift to
pro-wrestling and finally face his rival. 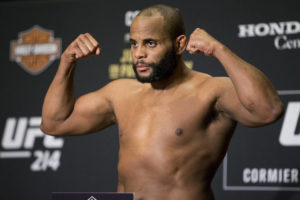 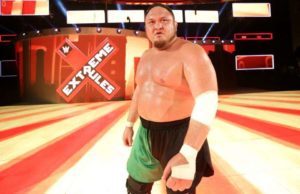 2. Samoa Joe vs Daniel Cormier: Samoa Joe is one of the few pro-wrestlers who use legit MMA moves
inside the squared circle. He is the master of submission maneuvers and is nicknamed ‘The Samoan
Submission Machine’. His persona relates to that of DC’s who is equally aggressive, but we can say Joe
appears slightly more aggressive since he is in the entertainment business and he is bound to exaggerate
his acting. But in the real world as DC competes in a real fight he would be tougher than any pro-
wrestler. But in a perfect world, Joe vs Cormier would be a dream match that would definitely make it to
WrestleMania. DC being a fan of WWE if he ever makes a career change this match is one the WWE
should not overlook. 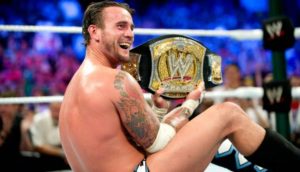 3. CM Punk vs Conor McGregor: Two of the biggest rising stars of both the worlds. Punk rose to
stardom out of nowhere in a very few years just as how McGregor rose in the world of MMA. Prior to
the rise of the Irish superstar, there was the era of Punk who was one of the most talked about star in
the combat sports world. The former WWE Champion was a genius on the microphone and was even
compared to Stone Cold Steve Austin couple of times. Punk is now in McGregor’s world where things
don’t seem to be working pretty well for him. But one can’t help think how big of a collision this would
be if the two megastars collided at WrestleMania which could be possible in the future. 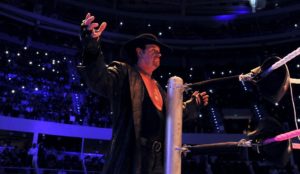 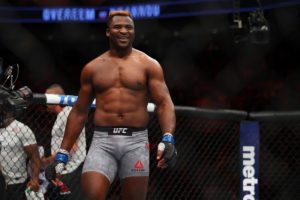 4. The Undertaker vs Francis Ngannou: Throughout the legendary career of The Undertaker, we have
seen a lot of monster-sized men who have tried to bring down the Deadman but most of them have
simply failed. Francis Ngannou has been a rising heavyweight star in the UFC who recently got a title
shot and faced his first defeat inside the Octagon. But that doesn’t mean that he is not the scariest
monster in the world. The French-Cameroon has successfully finished all his previous opponents in the
Octagon. When the time is right, if he were to cross paths with the ‘Phenom’ in a possible stint with the
WWE, it would definitely be a good match. If Undertaker ever wanted to make a return, Ngannou would
be a perfect opponent for him. The former WWE Heavyweight Champion had stated that if he was
younger and if MMA was as big as it is today in his younger days, he would have definitely tried his
hands in it. One could only imagine how big of a spectacle that could have been. 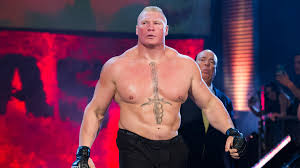 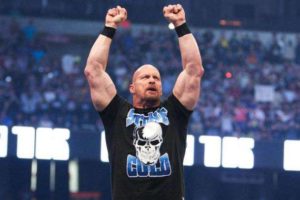 5. Stone Cold vs Brock Lesnar: We have seen the two superstars collide ages ago in a scripted brawl
but we never saw the two clash in a real combat. Lesnar being the ‘Baddest man in the UFC’ and Stone
Cold being the ‘outlaw’ that he was in the WWE, it would have been simply amazing to see the two stars
in the same ring at the same time. If Steve Austin too made a shift to pro-wrestling and locked horns
with Lesnar, it would have been the most heated rivalry and biggest dream matches one would witness.
But Austin had way too many injuries to even think to engage in a real fight.

6. Stone Cold vs Conor McGregor: You can say Stone Cold was the Conor McGregor of the WWE’s
Attitude Era, and Conor McGregor is the Stone Cold of the modern MMA era. Either way, you put it, you
know that the two are the most controversial figures of the century. Stone Cold was portrayed as a
character who was not afraid of his boss nor any other authority and when in the present generation,
the one we can think of such a persona would be that of ‘The Notorious’ one. This would be a dream
match would never happen even in the WWE ring, as Austin has been retired for a long time and coming
out of retirement would mean only more problem for the Hall of Famer. But had the two actually
crossed paths, it would have been definitely been the ‘fight of the century’. 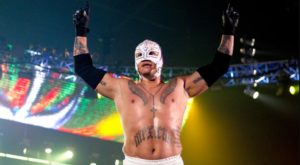 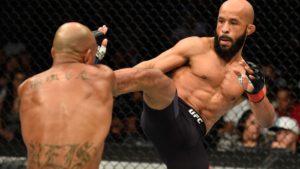 7. Rey Mysterio vs Demetrious Johnson: When you think of the best high flying action heroes, you
can’t help but think of Rey Mysterio. He has proven time and time again that size doesn’t matter, and his
struggle to the top to win the world heavyweight title at WrestleMania was one of the best underdog
stories of all time. His counterpart in the UFC would be none other than Flyweight King Demetrious
Johnson. If would an epic encounter if the two ever crossed paths. With Mysterio trying to attempt the
619 on Johnson, and Mighty Mouse trying to attempt a suplex-armbar on the WWE legend would be a
perfect treat for the fans. 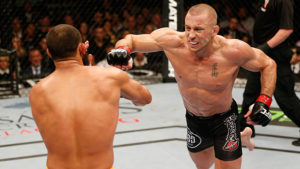 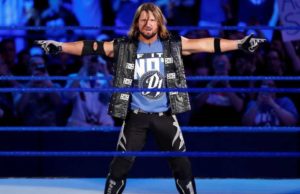 8. AJ Styles vs Georges St Pierre: When you think of two of the best well-rounded athletes in both the
games, GSP and Styles would definitely top the list. Both the stars are role models in their respective
business who have taken their craft to new heights. Though it is highly unlikely for GSP to ever make a
career change, a fight between two icons would be on the top ten list of fantasy warfare. GSP has
proved time and time again that he is a genius when it comes to the art of MMA, and Styles has proved
that he is a master at pro-wrestling. This would be a dream fight that fans can only talk about. But if
there is any chance of GSP stepping inside a WWE ring, then Styles should be his opponent.