Triller Fight Club Legends 2 event has reportedly sold 150,000 PPV buys which is pretty much less than the anticipated number. The card was supposed to be headlined by Oscar De La Hoya boxing against former UFC champion Vitor Belfort. Oscar withdrew himself from the fight just a few weeks before the event and was replaced by fellow boxing legend Evander Holyfield. In the co-main event, former UFC champions collide against each other as Anderson Silva Boxed the Hunnington beach bad boy, Tito Ortiz. The Triller card took place at Seminole Hard Rock Hotel & Casino in Hollywood, Fla.

According to the reports, though the Triller event was headlined by some big combat sports stars, the organization couldn’t make a huge profit out of it instead the reports says that they suffered a huge loss after this event. The news was revealed by boxing journalist, Dan Rafael.

Per sources, #HolyfieldBelfort event totaled about 150k PPV buys between linear & digital platforms, which would make it a massive $ loser for Triller. At 150k it would gross about $7.5M from ppv, not remotely close to covering even the purses, not to mention rest of expenses.

“Per sources, #HolyfieldBelfort event totaled about 150k PPV buys between linear & digital platforms, which would make it a massive $ loser for Triller. At 150k it would gross about $7.5M from ppv, not remotely close to covering even the purses, not to mention rest of expenses,” Rafael tweeted.

Both the main event and the co-main event of Triller Fight Club 2 were over quickly as the fight was ended by KO and TKO in the very first rounds. Anderson Silva knocked out Tito Ortiz in the very first round with some heavy shots that he landed in the corner. Tito tried to survive the flurry but was caught by a strong punch that took his lights out. 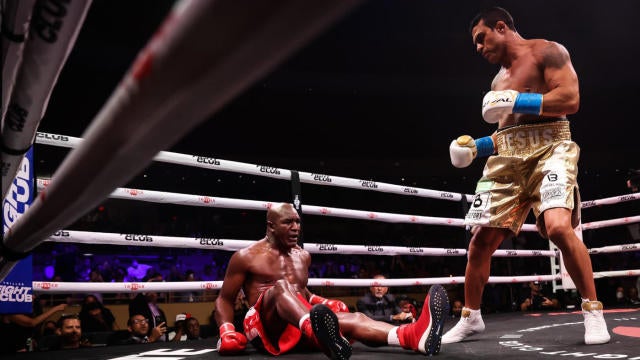 In the main event, Vitor Belfort Proved to be too strong for the 58-year-old boxing legend Evander Holyfield. The fight was stopped in the very first round as Vitor landed several hard shots and dropped Holyfield twice. The referee gave Holyfield enough chance to survive but he had seen enough and decided to stop the fight.

After the fight, Holyfield expressed his disappointment in the fight and felt that the stoppage was too quick and he wasn’t that hurt.

“I wasn’t hurt,” Holyfield said on the broadcast. “The thing is, there wasn’t no shot that hurt me really bad. He’s strong and he got that shot and I was off balance.”

“I think it was a bad call,” Holyfield said. “I think the referee shouldn’t stop the fight that quick.”

“How can (he) say no to that?” Belfort said. He continued, “Now he cannot say no to me. He’s gotta say yes. We’ve gotta teach him a lesson.