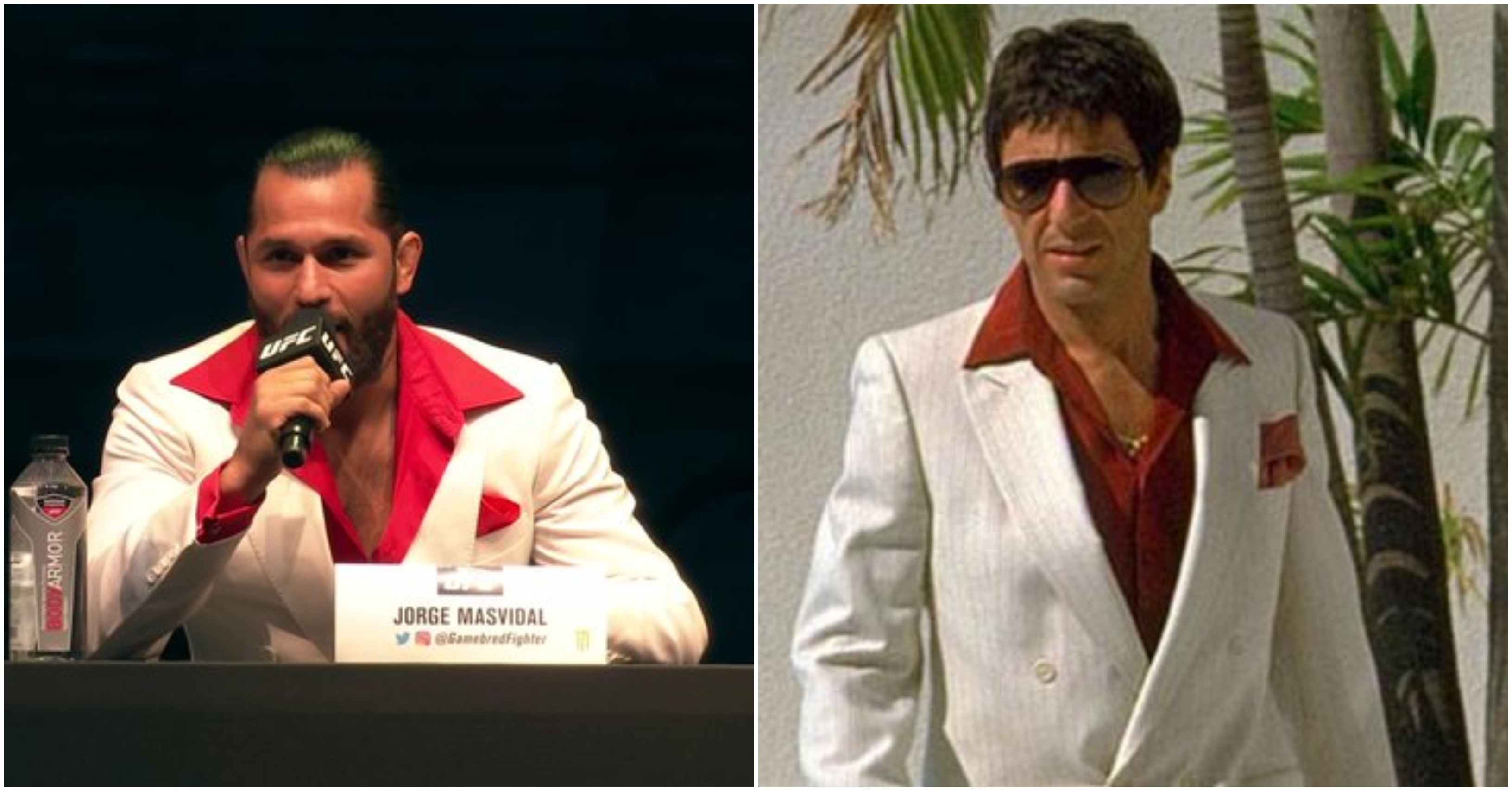 Jorge Masvidal and Nate Diaz are all set to fight each other at UFC 244 which will take place at the Madison Square Garden on November 2 in New York City. 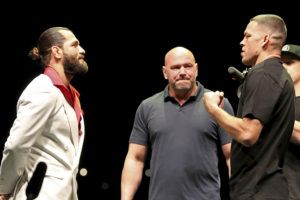 However, the thing that fans noticed the most was the way Jorge Masvidal was dressed. Masvidal paid tribute to Tony Montana, Al Pacino’s character in “Scarface.” He was rocking a white suit with a red shirt and red pocket square.

I just love how the YouTube comments for the Scarface theme song have been steadily taken over by Jorge Masvidal fans this year: https://t.co/WfGdTdTH4e pic.twitter.com/06gGSWSpnI

Scarface Masvidal, this should be fun #UFC244 pic.twitter.com/nDy60CkUms

Masvidal is dressed in a Scarface white suit and red shirt with a huge collar.

Love the creativity that went into this presser. Perfect setting with an incredible backdrop. Masvidal pulled off the Scarface look flawlessly. Man, those questions though…really didn't give these guys much to work with.

Jorge Masvidal entering to the Tony Montana Theme Song from Scarface will never not be the most gangsta shit in the world. #UFC239

Jorge Masvidal in the Scarface suit was icey as hell

Previous articleCovering everything that was said during the Nate Diaz – Jorge Masvidal UFC 244 presser
Next articleFriday Fighter of the Week : Chaitanya Gavali