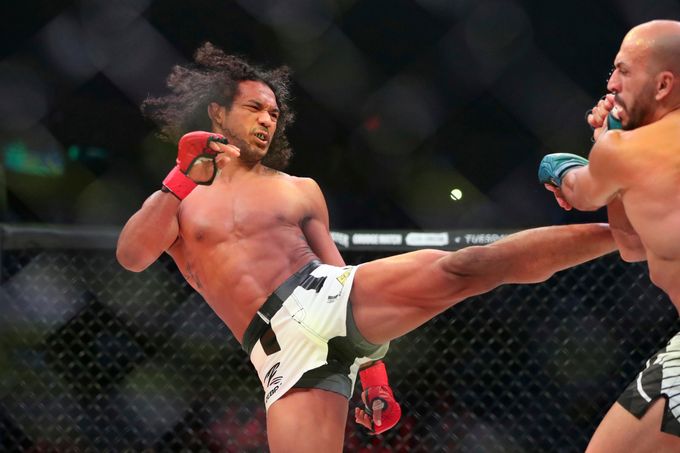 In the Co-main event, Benson Henderson defeated Saad Awad via unanimous decision relying mainly on his grappling skills. Henderson dominated throughout the fight and looked his vintage self and he nearly locked in a rear-naked choke on Awad just before the end of the round but ultimately won on judges scorecards which read as 30-27, 30-26, 30-26. Henderson ended Awad’s four-fight winning streak and himself rides on a two-fight winning streak. 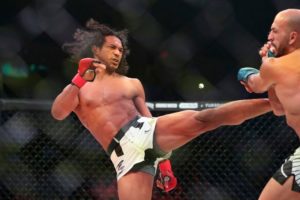 The Social Media was impressed by Henderson’s performance:

Henderson slams a left kick into Awad’s ribs to start the fracas. Awad is coming forward; Henderson is backing away to create space. #Bellator208

Ruh-roh. You’ve got a Bendo on your back. #Bellator208

Henderson fires off a pair of low kicks to begin the second. #Bellator208

I had the pleasure to share the cage with these two warriors, great fight! May the best man win! @bellatormma

@BensonHenderson looking pretty dominant in round 2, can he keep it up in rd 3 ?#Bellator208

Benson Henderson going after the principles in the Khabib vs. McGregor brawl in his post-fight speech. Crowd doesn’t love it. #Bellator208

What a great back-and-forth! Who you got for the W? #Bellator208 pic.twitter.com/QwX5Wi2wLZ