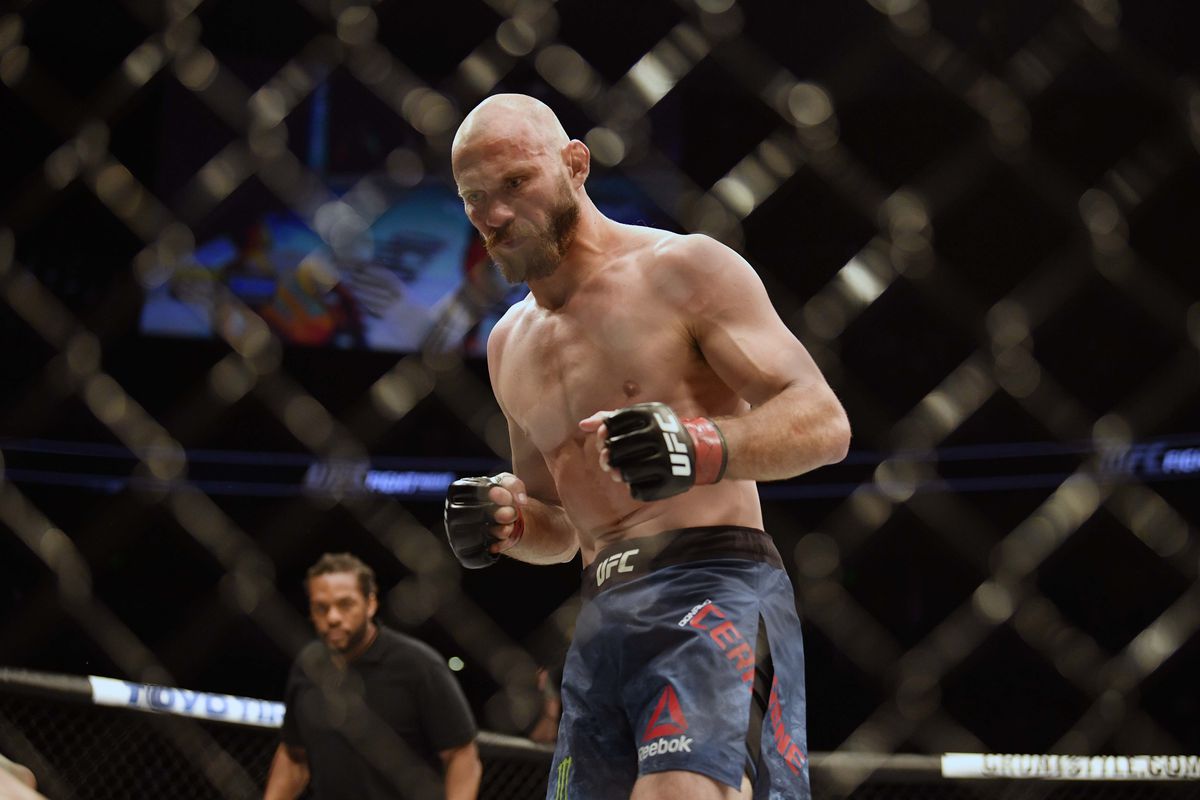 The three judges scored the fight 49-45, 49-45 and 49-46 which shows just how dominant Cerrone was today. The 36-year old veteran tagged Al Laquinta all night with hard shots. He dropped Al in the third round with a jab and then dropped again in the fourth round via a hard left kick to his chin. 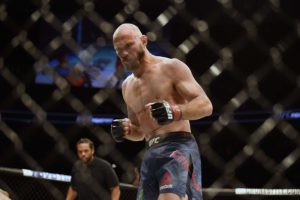 Al has never been dropped in his professional career which spans seven-years. The damage inflicted on Al was so severe that his face was a bloody mess and he could barely walk out of the Octagon after the fight was over.

Some dads get dad bods when they have kids, Donald Cerrone becomes the terminator in the cage. Great fight.

Donald Cerrone was a man in full tonight. He has stuck to his strengths and ever so slowly over time reduced his weaknesses. Far from a perfect fighter, but so fully cognizant of who he is, what works and why he fights. What a performance.

Donald Cerrone earned his 19th UFC knockdown to end that round, passing Jeremy Stephens and Anderson Silva for the most all-time #UFCOttawa

Conor McGregor vs. Donald "Cowboy" Cerrone should be the main event for UFC 240 (wherever that's happening). Makes perfect sense.

UFC 239 is booked and the UFC 241 main event has been announced. Make Conor vs. Cowboy for UFC 240 #UFCOttawa

Donald Cerrone has gone about his business like a proper ring general tonight. How is it possible that he's gotten better the older he's got? Incredible stuff. So damn impressed. He should take this on the judges scorecards. #UFCOttawa

Donald Cerrone breaks his won record for most victories in UFC history with his 23rd. Appreciate this man while he's here. Will never be another like him. #UFCOttawa

It seems like Donald Cerrone now solely occupies the top position as the best fighter to never wear a UFC crown. I don't say that pejoratively. He's so good and so accomplished it *almost* doesn't even matter.

It defies logic that three short of his 50th fight we’re talking about Cowboy Cerrone having one of the best performances of his career. An all-time great. And there seems to be more to come.

Cerrone drops Iaquinta with a jab in the final moments of the third. Huuuge round for Cerrone. What a madman. Looking fresh in his 48th pro fight, picking up steam in the third round against a Top 5 lightweight …

These moments rarely get the oxygen they deserve when there’s 837492 cards per year. But I hope we always remember exactly how heartwarming, and terrifying, Dad Cerrone is. #UFCOttawa pic.twitter.com/ZSmN2HsRfj

I am enjoying this Cerrone-Iaquinta fight very much.

Note to self: stop picking against Cerrone, you fucking idiot.

My god. Papa Cerrone is a scary motherfucker. Al Iaquinta is as tough as they come. Thank you both.

Donald Cerrone: "I want the title, unless Conor McGregor, you want to fight me in July?"

WHAT A FIGHT!!!! IAQUINTA IS TOUGH AS FUCK!!! HOW DOES CERRONE STILL HAVE A CHIN LIKE THAT?? WHAT THE FUUUUCK

Cowboy Cerrone channelling his inner Anderson Silva with a front kick to the face! #UFCOttawa pic.twitter.com/vcUVnIsh2R