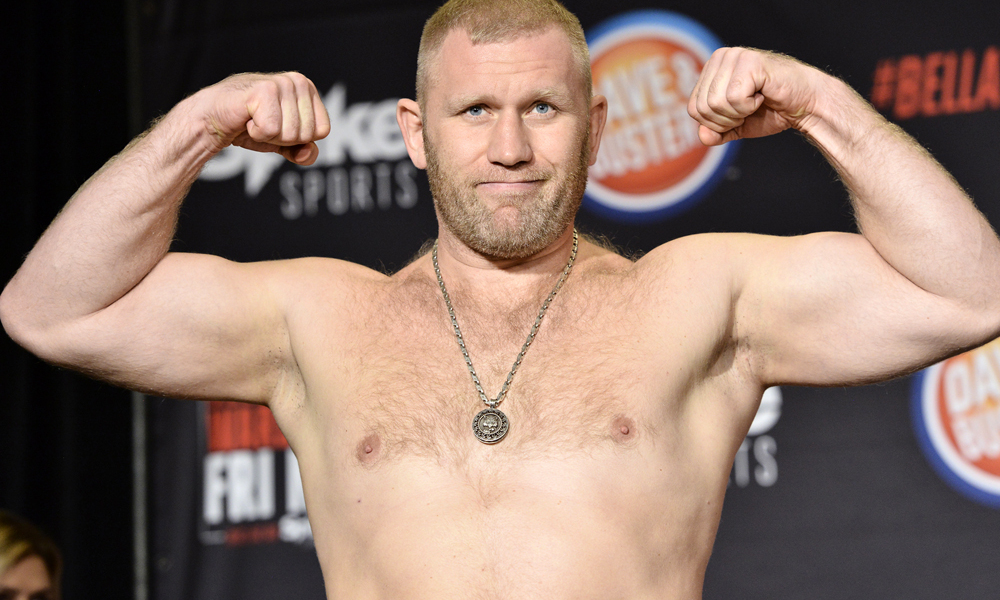 The co-main event of Bellator 207 produced huge fireworks as  Sergei Kharitonov stopped Roy Nelson with strikes in the first round. Kharitonov was the much bigger man and he was landing huge uppercuts on Nelson as he cornered him against the cage and unloaded with heavy knees and uppercuts. Kharitonov scored another uppercut and then Kharitonov landed a brutal knee which stopped the fight. 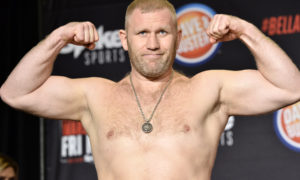 Hard-hitting heavyweights take to the cage next at #Bellator207 when @RoyNelsonMMA meets Sergei Kharitonov (@sergeikhar) in the co-main event! https://t.co/y7MJrgCH6q pic.twitter.com/ZDTl2UIfBX

That may have been the biggest flop ever by Roy Nelson…

Point deduction for Kharitonov for the illegal knee early in round 1. #Bellator207

Not sure about Roy Nelson’s delayed reaction but that was 100% an illegal knee from Sergei Kharitonov.

Sergei’s jab is awesome especially for a HW

Nelson is out! Kharitonov pours it on and puts Big Country away! #Bellator207

Wow by Sergei standards that was one hell of a performance. He looked more fluid than he has in years.

Previous articleBrian Ortega will fight at UFC 231 – whether Max Holloway does or not!
Next articleTwitter reacts to Ryan Bader’s dominant victory over Matt Mirtione