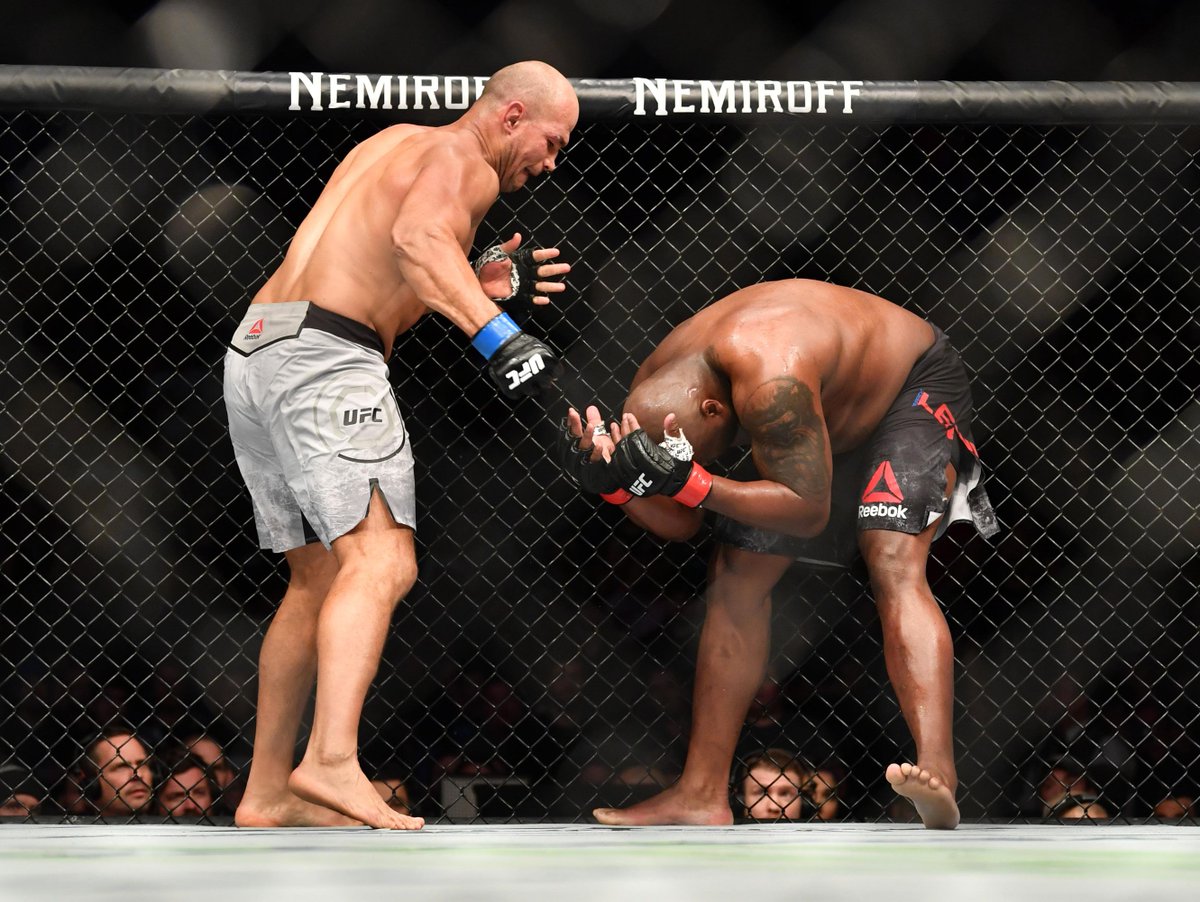 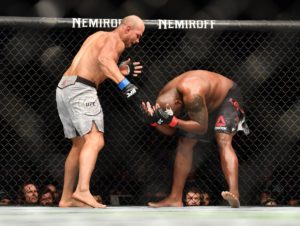 At the end of the first round, JDS followed with a spinning back kick which hurt Lewis, but the round ended soon after and Lewis survived the round. In the second round, JDS kept the pressure on Lewis and later caught him with a right hand and an uppercut which wobbled him, JDS then went for the kill and ultimately the referee Herb Dean stepped in.

Here are the best Twitter reactions to the fight between Derrick Lewis and Dos Santos.

Few things are more dangerous than a wounded Derrick Lewis.

Junior dos Santos defeats Derrick Lewis via second round TKO. That main event had it all. Delivered big time. #UFCWichita

i guarantee if Derrick Lewis would have KO'd Dos Santos playing possum, he would have said, "that kick didnt land, i needed to take a shit". #UFCWitchita

Derrick Lewis was poked in the eye.

So he walked up to referee Herb Dean and used his shirt to wipe his eye 😂#UFCWichita pic.twitter.com/JXwQvjSx5m

LMAOOOOOOOOOOO DERRICK LEWIS IS THE BEST

This is a wild fight. Derrick Lewis is crazy.

Whatever it is that generates enough power to cause Derrick Lewis to wince in pain should probably be studied as an alternative energy source.

Derrick Lewis is the only fighter who generates effective offense from the hunched-over-and-in-pain position. #UFCWichita

Derrick Lewis vs Junior Dos Santos was one of the more preposterous/hilarious awesome fights I've seen in a while. Lots of fun. #UFCWichita

Derrick Lewis is one of a kind LOL #UFCWichita https://t.co/4nTrhsfe6U

Derrick Lewis just now to @KarynBryant and @bisping on being so chill: “Most of the time I’m just high as hell.” #TheBlackBeast #UFCWichita

Junior dos Santos puts it away. Knocks Derrick Lewis down with the 1-2 and puts it away as Lewis covers up. Lewis had some tricks in the first round and uncorked some bombs, but very solid win for JDS overall.

What the fuck is going on in this fight? What's wrong with Derrick Lewis? #UFCWichita

Derrick Lewis has been in this position a thousand times, do you have any idea how many times he has sparred while desperately needing to take a shit? He was born to throw those slouched-over right hands.

derrick Lewis will hold a belt. fuck this loss. JDS is a all time great and its known hes my boy. the progression of the black beast tho? lawd. heavyweight just got more exciting

Derrick Lewis is unquestionably the baddest dude at the barbecue. Big homie ate a flush back kick to the gut and despite being doubled over, was still throwing violent offense. I will always watch him fight.