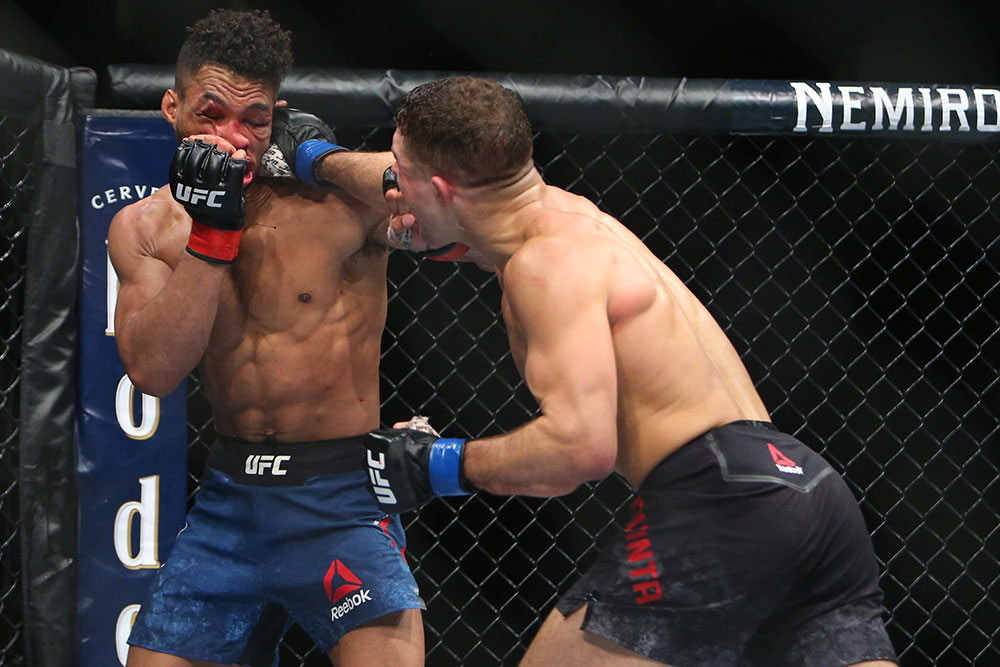 In a mouthwatering clash that took place at the Fiserv Arena in Milwaukee at UFC on Fox 31, Al Iaquinta beat Kevin Lee via unanimous decision. It was a very highly skilled technical fight that was mainly fought on feet.

The first four rounds were fairly even clearly won 2-2 by both ‘Ragin’ LaQuinta and Lee, but Al outstruck Lee with strategic and well-placed punches.

Lee tried to wrestle Al Iaquinta in the fifth and initiated an extended grappling exchange, but when Iaquinta broke free he turned up the heat on a Lee. Iaquinta stalked Lee and landed jabs and overhands and had Lee wobble by the end of the fifth round.

Iaquinta improved to 14-4-1 as he shook off his decision loss to UFC lightweight champion Khabib Nurmagomedov at UFC 223 and earned his sixth win in his past seven fights. 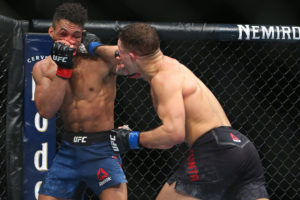 Here are the best Twitter reactions about the fight.

Both Kevin Lee and Al Iaquinta are lovable fucking dudes who have contributed to MMA in ways that only people who saw their in-cage rises, and listened to their out-of-cage statements, can understand.

I don't really want to see either guy lose.

Kevin Lee says he is speechless.

Kevin Lee is nuts. How can you be so shocked by a decision when a guy beats the piss and shit out of you that badly in the fifth?

Raging Al wins the decision. Can't argue with that. And Kevin Lee really can't be that surprised after the way the last two rounds went. His best moments were a couple instances of back control and he didn't do enough with it.

Iaquinta is so technically proficient on the feet. Showing off a great jab and strong boxing overall. After two, how do you have it scored between Raging Al and Kevin Lee? #UFCMilwaukee

Wow. Iaquinta beat the shit out of Kevin Lee in the final round. That is a 10-8.

Kevin Lee seemingly was in a dark place following his #UFCMilwaukee loss to Al Iaquinta.

The data from the Global Scorecard for Kevin Lee vs. Al Iaquinta.#UFCMilwaukee pic.twitter.com/Tkyuyu82FH

Hate to say this, since I love Kevin Lee, but despite having all of the physical talent in the world, and all of the out-of-cage intelligence in the world… fighting like a dumbass is pretty typical of him, and he earned that loss.

I've got it tied 2-2 going into the fifth. Can Kevin Lee get it to the ground in the last five minutes? The fight might come down to it.

Dang, Al is already marked up. Like that single family semi-detached on the waterfront #UFCMilwaukee

Since getting out of the back control Al is really pulling away this second round! #UFCMilwaukee

This fight is keeping me on the edge of my seat. #UFCMilkwaukee