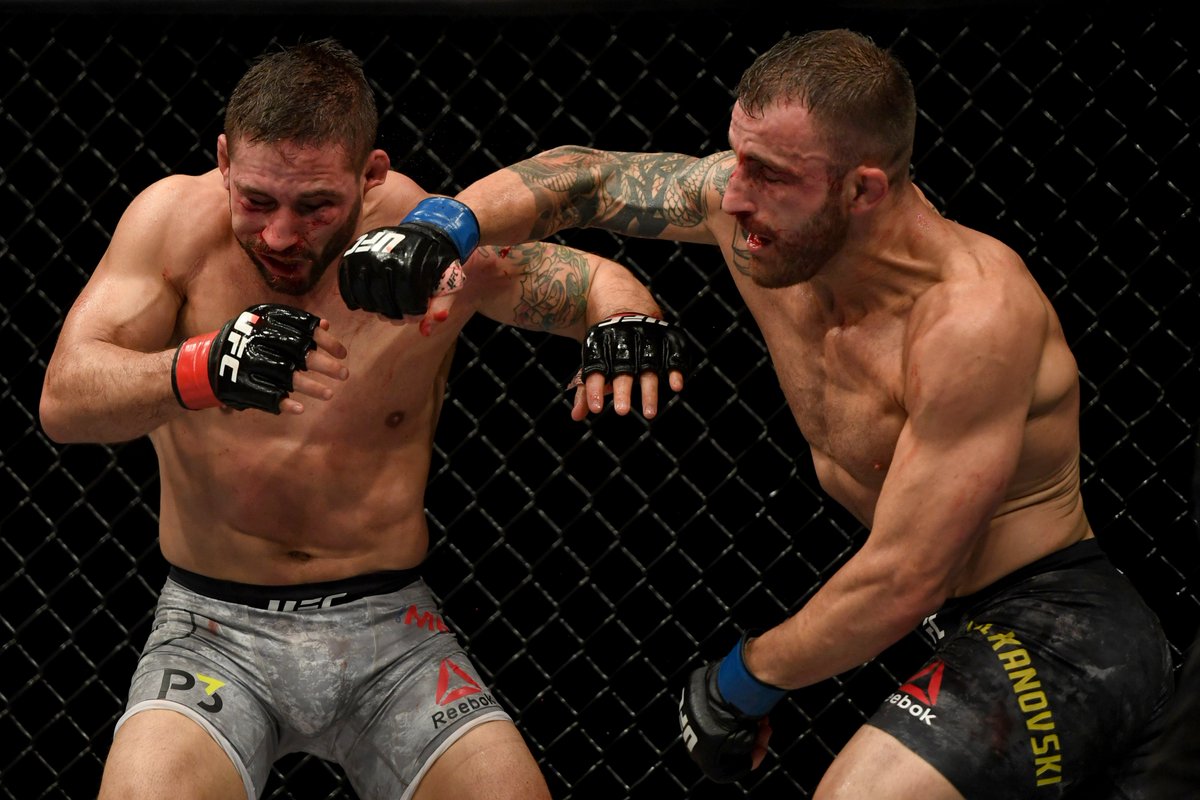 Alex Volkanovski made a huge statement at UFC 232 earlier today when he knocked out Two-time UFC title challenger Chad Mendes via TKO in the second round at the Forum in Inglewood, California.

Chad Mendes started strong in the first round and landed quite a decent amount of stunning blows and had hurt Alex Volkanovski few times, but the Australian somehow managed to come back from behind to win the fight, thus taking his winning streak to sixteen fights. 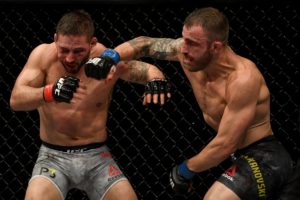 Although Chad Mendes took down Volkanovski numerous times throughout the fight, Volkanovski trapped the three-time title challenger against the cage and reduced him to rubble with a storm of beautifully placed punches.

“A lot of people saying that there is not much left for Max Holloway in this division,” Volkanovski said. “I think I’m next in line. Moicano didn’t make weight and he has a fight coming up. There is one more test for Max Holloway. I just showed I’m one of the top guys. Mendes was a tough opponent, he’s explosive, I knew he would bring all his power but I also knew I was going to give it back, and that’s what I did.”

Check out the top reactions below:

Welcome to the featherweight contenders, Alex Volkanovski. He stops Chad Mendes in the second round. He called his shot and got it done. Absolutely tremendous victory for the Aussie.

WOW!!! That's it! Alexander Volkanovski rallies back after being hurt and knocks out Chad Mendes in round two!! Unbelievable fight. #UFC232

Alexander Gustafsson is the sixth fighter in UFC history to 0-3 in title fights.

Alex Volkanovski with the breakout performance he was looking for. That is a massive win against Chad Mendes. Survived a knockdown in the second round. Boxing looked great. Volkanovski is a legit title contender.

Here's the list of fighters who have beaten Chad Mendes:

Phenomenal win by Volkanovski. Stops Chad Mendes w/strikes in the second after being badly hurt.

And that's the point. Showed amazing ability to minimize impact of Mendes's takedown, unreal gas tank and crisp combos with stance switching. Plus got hurt and kept going. So good.

"ALEXANDER THE GREAT HAS ARRIVED!" 😮

Alex Volkanovski takes out a top 5 contender in Chad Mendes!

What a performance, what a finish! 🙌 pic.twitter.com/SkCYJaYKvo

My. God. Alexander Volkanovski just finished Chad Mendes after an insane war. Give him a vest with a bunch of pockets and send him on a hike into the Top 5 #UFC232

Alex Volkanovski knocks out Chad Mendes. Unreal. If there was any lingering doubt about how legit this guy is, he just proved it. #UFC232

"A lot of respect. He's only lost to the greats. And now he's lost to another great. Alexander the Great." – Alexander Volkanovski on beating Chad Mendes #UFC232

The man that just TKOd Chad mendes at 145lbs used to look like this #UFC232 pic.twitter.com/Yn3ox1d40S

Got confirmation that Chad Mendes has announced retirement tonight. I’m truly hoping that this is inaccurate information 💔

Whoever made the decision to let Alex Volkanovski and Chad Mendes open the PPV portion of this big card needs a pay raise. That fight was straight fire. #UFC232

HUGE win for @alexvolkanovski! What an impressive win over Chad Mendes, who's always been at the top of division. At 16-Fights in a row, Volkanovski officially makes the leap from prospect to contender 145! #UFC232 pic.twitter.com/pcxhl6X9Or