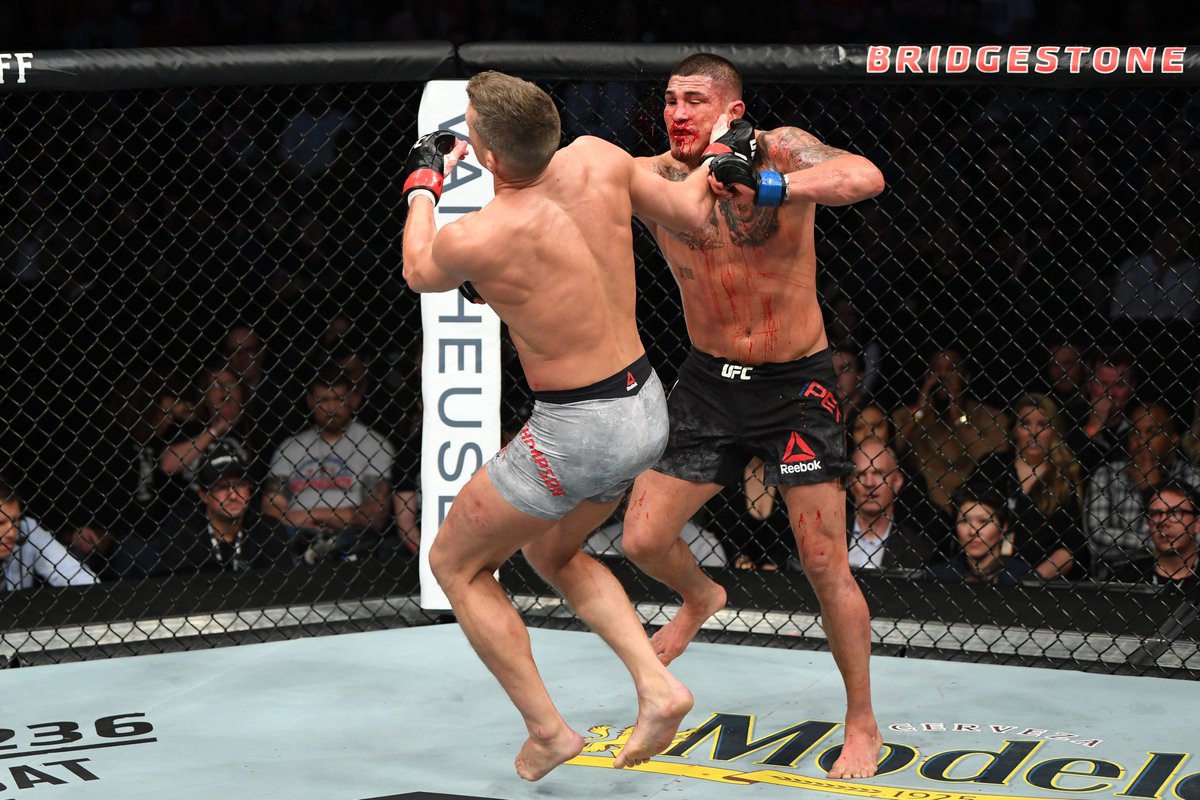 Anthony Pettis made a huge statement when he moved up in weight class and knocked out Stephen ‘Wonderboy’ Thompson in the second round at Bridgestone Arena in Nashville, Tennessee on UFC Fight Night 148. 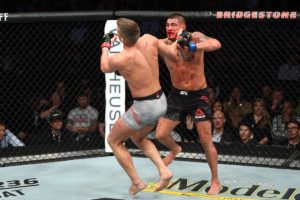 Pettis knocked out former two-time welterweight title challenger with a superman punch in the second round with just five seconds left on the clock. He was losing the first two rounds when he suddenly bounced off the cage and landed a spectacular knockout.

Anthony Pettis is the third fighter with a win at featherweight, lightweight and welterweight. He joins @kennyflorian and @TheNotoriousMMA.

Anthony Pettis with a damn Showtime Superman Punch to starch Wonderboy in the second. Oh my goodness that was absurd. #UFCNashville

That was so damn good. It’s hard to be gutsy and flashy in one performance, but leave it to Anthony Pettis. Sensational finish. Knockout of the year contender. #UFCNashville

ANTHONY PETTIS!!! Jumped off the cage like a ninja!!!!!! SHOWTIME!

Anthony Pettis has the same number of wins in the UFC as his brother, Sergio. (8)

Anthony Pettis really used the cage for a boost!pic.twitter.com/nUBhqgvC9v

Anthony Pettis also says a fight with @TheNotoriousMMA is of interest (duh). Wants back in the cage at International Fight Week in July. #UFCNashville

Stephen Thompson has been transported to a local Nashville hospital, per UFC officials. #UFCNashville

I feel so bad for Stephen Thompson, he's always been one of my favorite fighters and it sucks to see him lose in such devastating fashion 😓 #UFCNashville

Anthony Pettis says he'd like to run it back with Rafael dos Anjos at 170lbs and would also like the winner of Edson Barboza vs. Justin Gaethje at 155lbs. What a savage! Welcome back @Showtimepettis! #UFCNashville

I can’t believe that just happened. I know Pettis is beast in the stand up department, but I felt Wonderboys size and striking would win it. This fight game is crazy. #UFCNashville

My god. Pettis was getting firmly picked to pieces in that fight. That really was a one-punch KO. No build up, no set up. Just the perfect strike at the perfect time. #UFCNashville

whats up with lightweights knocking welterweight top contenders the fuck out lately? its almost like fighting without cutting a ton of weight, like, works or something. #UFCNashville