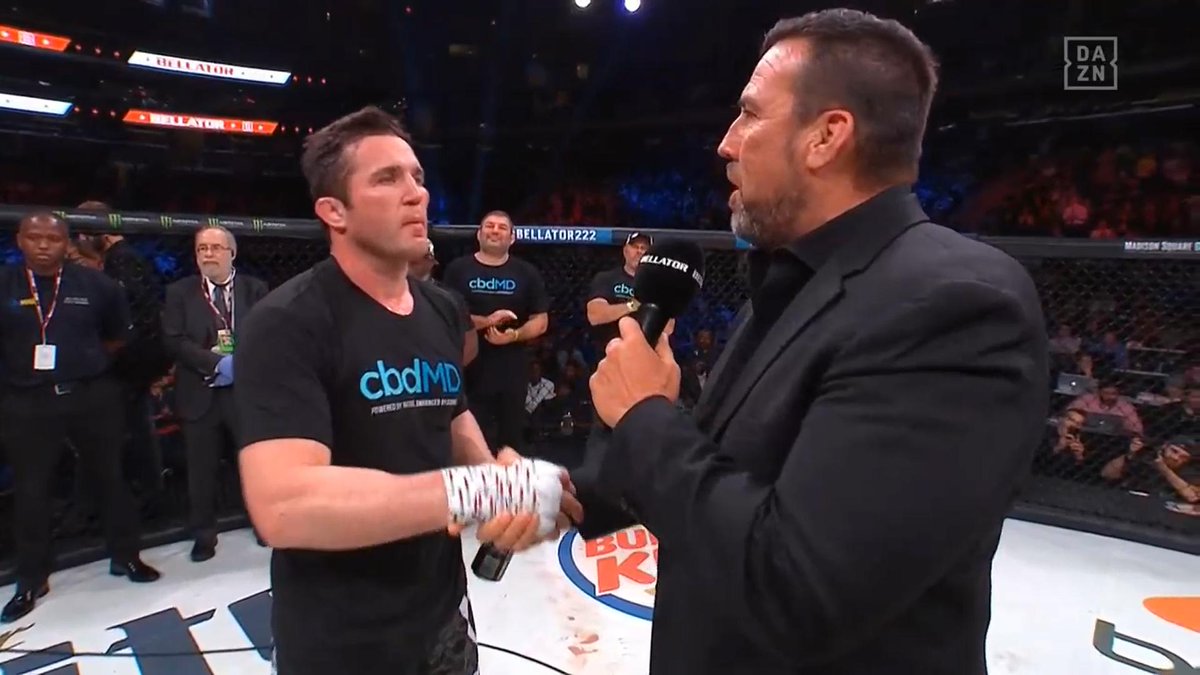 Chael Sonnen took two hard knees to his face and was knocked out in the second round. Immediately after the knockout loss, he announced his retirement from Mixed Martial Arts. 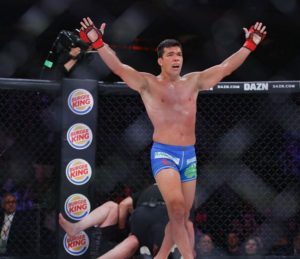 “Listen, I got one thing to say. I had a hell of a lot of fun,” Sonnen said after the TKO loss. “I had a good run. Scott Coker gave me a five-fight deal. He let me honour all five fights. And ladies and gentleman, I’m walking out.

“I appreciate the memories and goodbye.”

@ChaelSonnen CONGRATS! One of the most genuine human beings I have ever met in my life. One of the good guys. Years ago he found out a certain UFC fighter with a large family got suspended, Chael sent an envelope with a check to his house to help. They barley knew each other.

There's a fair share of losses, too, but this ain't a bad resume no matter how you want to frame it.

Chael: I had a hell of a lot of fun. I had a good run. I’m walking out. I appreciate the memories.

Chael puts his gloves on the mat and walks out after embracing with Machida.

The Bad Guy has retired.

There will never be another Chael Sonnen. Truly a one-of-a-kind character in MMA. One of the best and smartest entertainers in the sport’s history. Pretty damn good fighter, too. #Bellator222

Chael Sonnen's son is crying cageside and being consoled by mom. Emotional stuff. This sport hits you hard in the feelings sometimes. #Bellator222

Chael Sonnen is retiring from MMA.

Nothing but love and respect to Chael and his entire career, and legacy. One of the biggest legends in mixed martial arts history. https://t.co/pGHWwuEKxd

Chael is holding his gloves.

Chael was, and is, a brilliant analyst and he taught a lot of people how to get ahead on the entertainment side of this sport. Everyone's journey comes to an end, but he'll be an enduring figure in the history of the sport. And he did it all himself. Thanks, Mr. Sonnen.

Chael Sonnen is a legend. He might call himself a bad guy but he's always been one of the good guys in this sport. Congratulations on a hell of a career @ChaelSonnen. You're the man. Respect.

"I'm walking out. I appreciate the memories. Goodbye." — Chael Sonnen

All the nice comments regarding Chael reminds me of Noah Cross saying everything gets respectable with age, even "Politicians, ugly buildings and whores"

Chael Sonnen asked about the promise he made to his father before his passing.

"I would tell him I tried," said Sonnen #Bellator222

Lyoto Machida defeats Chael Sonnen via TKO in the second round. Chael went out like he always does, moving straight forward, relentlessly. Lyoto weathered that, timed two jumping knees late in the first round and early in the second. Both connected clean.

Machida wins via second round TKO. Caught Chael with a knee as he was shooting early in the round.

Chael leaves his gloves in the cage. Which in MMA means we will see him again in about a year and a half.#Bellator222

Previous articleBellator 222: Full Fight Card Results and Highlights
Next articleScott Coker: We need to take a step back with Aaron Pico