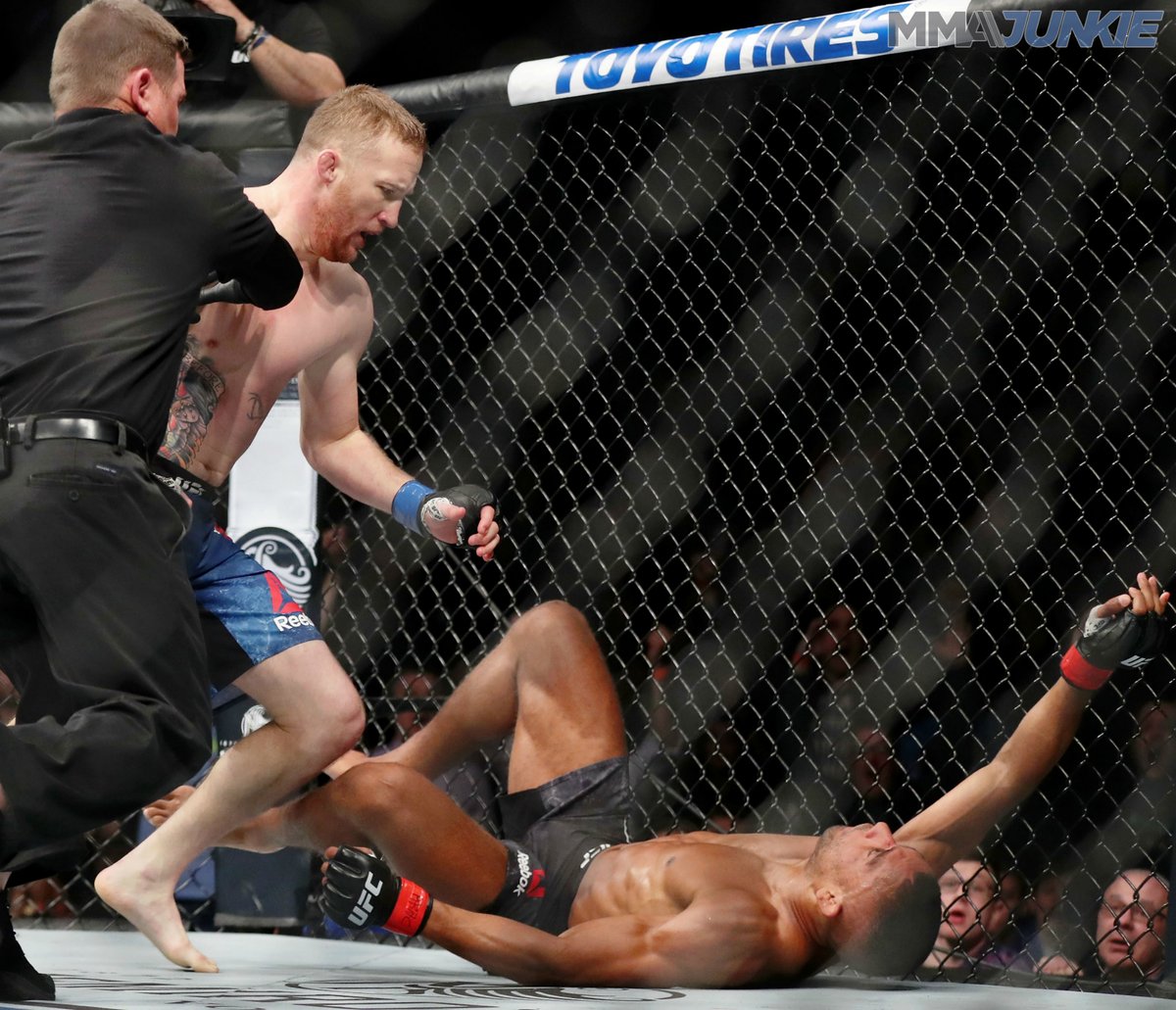 In the main event of UFC on ESPN 2, Brazilian lightweight contender Edson Barboza took on Justin Gaethje at the Wells Fargo Center in Philadelphia, Pennsylvania. Gaethje knocked out Barboza in the first round 2:30 mark to earn his second consecutive first-round finish. 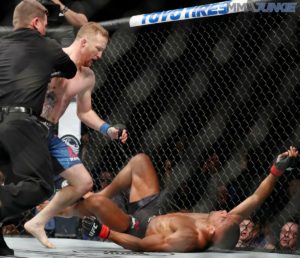 Both fighters started violently with leg kicks and exchanging nasty blows. In the opening seconds, Gaethje hurt Barboza’s eye with a head kick and then sent him backwards with a flurry of punches. As Barboza was up against the cage, he started circling sideways with his hands down and that’s when Gaethje landed a hard right hand which dropped Barboza and immediately the referee stepped in and stopped the fight.

That was well done all the way through.
Congratulations Justin.

I started a trend

Justin Gaethje is the kind of guy who thinks the best way to put out a fire is by swallowing it. What a barbarian. He is everything they tell you not to do in risk management and he beats most of the best fighters on Earth doing it. El rey.

Goodnight!!! Justin was like “Fuck this leg kick shit!! I’m ending this NOW!!”

Holy shit! Gaethje nailed that flip off the top of the cage!

Just Gaethje KOs Edson Barboza stiff in the first round.

He’s not human. He’s like a piece of iron. CONGRATS @Justin_Gaethje #UFCPhiladelhpia

“I would not recommend this sport to my worst enemy, but I was born and I was bred to do this. And I will do it till the wheels fall off.”

Justin Gaethje is the greatest fighter of all time.

Dunno about that mixed martial arts shit, but as a fighter? There has never been better.

Jesus Christ. As advertised. Lawd have mercy. Justin Gaethje. He doesn't have a boring fight to his name. Knocks out Edson Barboza in the first round. #UFCPhiladelphia