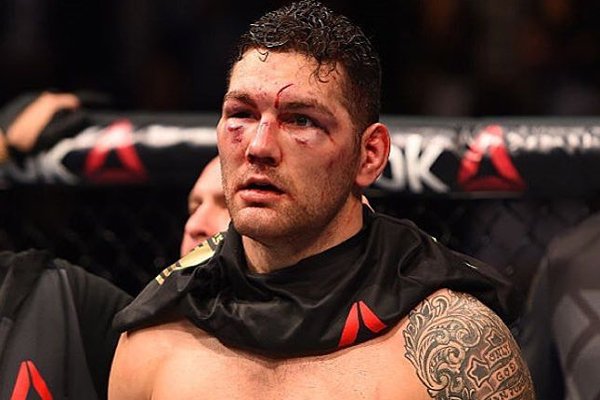 In the main event of UFC on ESPN 6 which took place at the TD Garden Arena in Boston, former middleweight champion Chris Weidman made his light heavyweight debut as he took on Dominick Reyes.

Dominick Reyes dropped Weidman early with a straight left and knocked Weidman down and then he followed up with back to back hammer fists to knock him out until the referee had to step in to stop the fight.

Dominick Reyes maintained his undefeated record and is currently riding on a 12-fight winning streak with six of them being in the UFC. He has defeated Volkan Oezdemir, Ovince St.Preux and Jared Cannonier before that. On the other hand, Chris Weidman has only won 1 of his last 5 fights in the UFC with 4 of them coming via a way of stoppage. 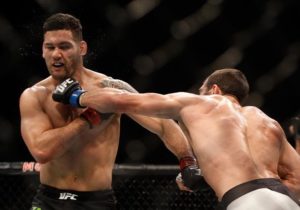 My boyfriend just looked at me and said “if Greg Hardy gets an inhaler, Chris Weidman should get a helmet” I fucking can’t. 😂

Rockhold and Weidman are always going to be linked, and man did their careers take similar paths at the end.

2 top tier contenders for worst chin in the UFC.

Both Luke Rockhold and Chris Weidman got KTFO in their light heavyweight debut 😱😱😱#UFCBoston https://t.co/zD8GidYOHy

Luke Rockhold vs Chris Weidman at 205 to end both their careers. Summer of 2020. Only fight to make, only fight that peaks any public interest.

Chris Weidman: I will be back better. God is good, even in this adversity.

@DomReyes is a beast. He trained with us here in Denver for a camp and that man is a work horse. #UFCBoston #ufc #50k

Gahd Damnnn!!! Reyes like an absolute savage. So clean!

I still stand by the opinion that the jump from 185 to 205 is the biggest in terms of power/strength of all the divisions. Those 205ers hit like heavyweights.

Feel so bad for weidman 😥 #UFCBoston

Previous articleWatch: Greg Hardy’s win over Ben Sosoli overturned to a No Contest following inhaler use in between rounds
Next articleWatch: Dana White brutalizes Luke Rockhold: “Stop talking, sit down and look good”