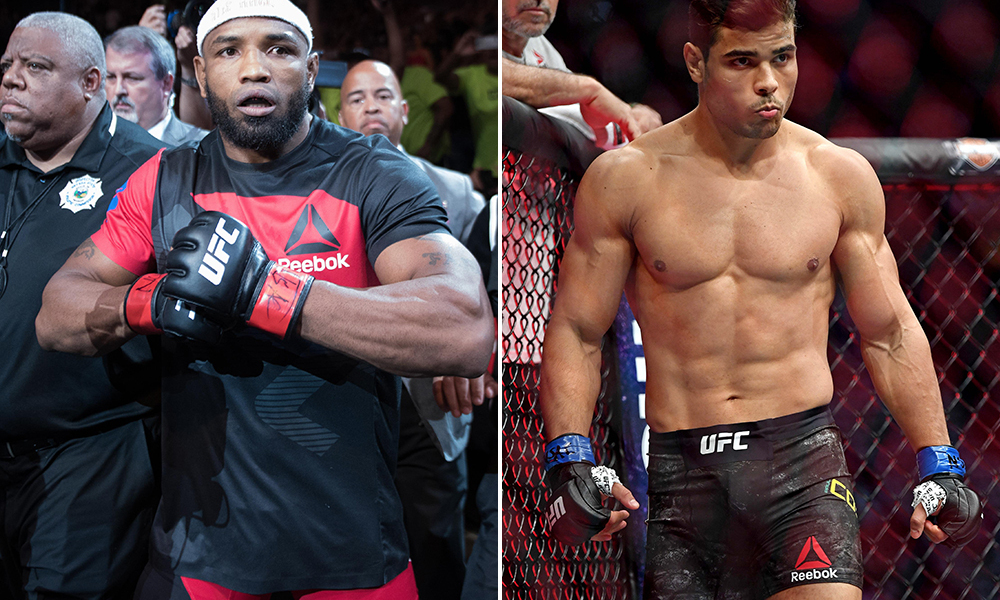 Paulo Costa started the fight by applying pressure on Romero and initially, he was unfazed by Romero’s power and kept moving forward. Both fighters were knocked down in the first round. However, the fight was paused momentarily when Costa landed an accidental kick to Romero’s shin. However, in the end, it was Costa who’s hands were raised by the referee, although the crowd at the Honda Center in Anaheim didn’t seem to like the decision and were booing Costa. 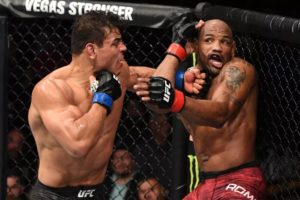 All the three judges scored the fight 29-28 in favour of the Brazilian. He later called out the winner of Robert Whittaker and Israel Adesanya, who are scheduled to fight at UFC 243 in Melbourne.

“I bring my best for this fight. I’m training like a crazy man. Yoel Romero is a real beast,” Costa said after the win. “I just came here to take my belt. I will be waiting for [Israel] Adesanya against [Robert] Whittaker.

“After this fight, I want my chance to prove I am the champion.”

With this win, Paulo Costa extended his win record to 5-0 in UFC and 13-0 overall.

Yoel seriously tried (and may have succeeded) to distract a rampaging Costa hunting a KO off a KD with a "look over there" point. Romero is a treasure. #UFC241 pic.twitter.com/pNQDc6gcpy

He disagrees with the judges, but @YoelRomeroMMA and Costa both left the Octagon as winners based on fan reaction #UFC241 pic.twitter.com/HHHD0B0Bwt

Definitely a good fight, I don’t see how that was a unanimous decision Costa

Fuck every last one of those fans booing Costa. #UFC241

Costa says he’s waiting for the winner of Adesanya v Whittaker. Crowd boos but he’s right. He’s most likely next.

Man, Yoel Romero vs. Paulo Costa delivered. Big time. That was fantastic! I'd love to see a rematch one day and it be a 5 rounder. Take a bow, gentleman. #UFC241 pic.twitter.com/2UXNZLLCQR

Yo Romero vs Costa was like a Movie.
Incredible Fight #UFC241 @ufc

"I will be waiting for Adesanya vs Whittaker." 👀

"I want my chance to prove I am the champion!"

A great moment between Romero and Costa after an absolute belter of a fight 🙌#UFC241 pic.twitter.com/Yf2SRVhUSG

I do wanna see Costa fuck izzy's ass up tho.. let's make that Costas next fight!!

Romero vs. Costa was just everything. No idea who took the decision. Don’t care. Can they both win? #UFC241

Costa drops Romero during one of their haymaker sessions..#UFC241 pic.twitter.com/cL0CLhruMq

I'm still not sure I've ever seen Yoel Romero lose in the Octagon.

Yoel Romero after every time he eats a punch #UFC241 pic.twitter.com/5s0XjYm2tN