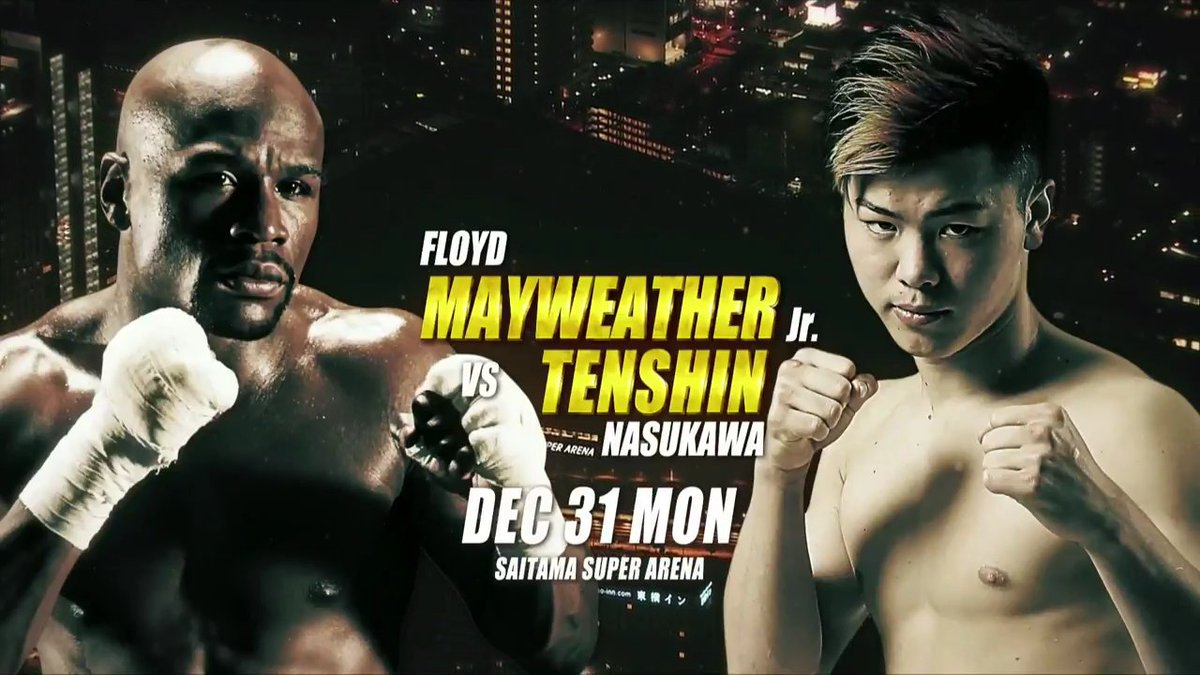 Floyd Mayweather will return be lacing his gloves for his 51st professional bout against a 20-year old Japanese Kickboxing sensation Tenshin Nasukawa on Dec. 31 at the 37,000-seat Saitama Super Arena in Saitama, Japan under Rizin Fighting Federation.

Nasukama is a talented kickboxer who made his professional debut when he was only 15-years old. He has had 27 kickboxing fights which he won all of them and he is also undefeated in Mixed Martial Arts, where he has had four fights. 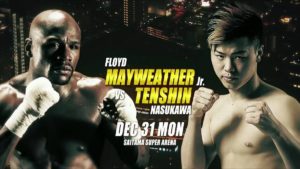 Floyd dropped this fight announcement out of nowhere and has again managed to shake up the world of combat sports. Fight fans across the world were surprised by this announcement. The news made big headlines in all the top news sites around the world and Floyd Mayweather is trending on Twitter even seven hours after the announcements were made. Social Media went frenzy over this fight news.

Breaking: Floyd Mayweather announced on Sunday night at a Tokyo press conference that he will participate in a fight in the Rizin Fighting Federation on Dec. 31 in Japan.

Promoters are still working on the specific rule set. pic.twitter.com/XcRa01cwGq

It’s official. Floyd Mayweather will be fight in a Rizin ring pic.twitter.com/przu0i34FX

Confirmed: Floyd Mayweather is back and will compete on a Rizin card on December 31 in Tokyo. Bizarre. #Boxing pic.twitter.com/PiXiDTCDWe

❌ What we don’t know:
1️⃣ What weight?
2️⃣ What rules?
3️⃣ What actual sport?

IS FLOYD MAYWEATHER SERIOUSLY FIGHTING AN MMA FIGHT ON NEW YEAR’S EVE IN JAPAN? AM I HIGH? ARE BOTH TRUE? WHAT IS HAPPENING? pic.twitter.com/nt9EmNfgOE

Floyd Mayweather will come out of retirement (again) to face 20-year old kickboxing sensation Tenshin Nasukawa in RIZIN on New Year's Eve in Japan. Rules for the fight are not yet determined.

IF Floyd Mayweather actually steps into the RIZIN ring on NYE against Tenshin Nasukawa (brain won't even let me picture this), my guess is it's a 4-round exhibition boxing match. Which I'm still cool with.

Floyd Mayweather will fight Tenshin Nasukawa, but he says they haven't agreed on a rule set or weight class yet. How can they announce the fight if they haven't decided that? Nasukawa is 27-0 in kickboxing and 4-0 in MMA but hasn't had any boxing matches. #Boxing pic.twitter.com/6T5UT9Howb

For the sake of cash grabs in his 40s, Floyd Mayweather Jr. is losing something just as valuable: credibility.

Yes, this is happening. pic.twitter.com/n4OHW7oD9l

What in the world does this check look like for Floyd Mayweather??