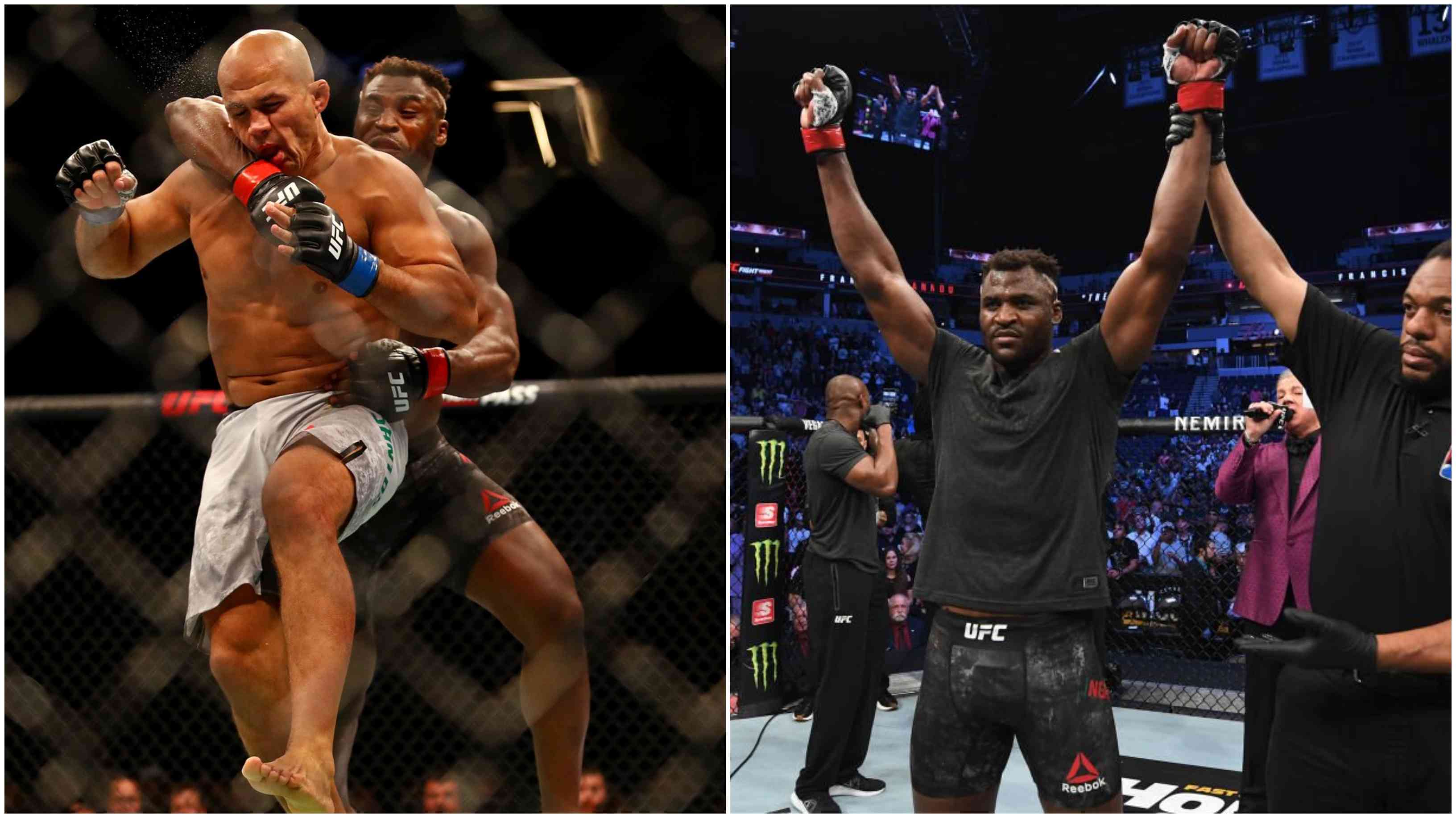 Before the fight, there was quite a few backs and forth verbal jabs between the fighters when Ngannou questioned the legitimacy of JDS’ Jiu-Jitsu black belt. 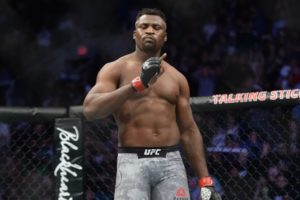 But inside the Octagon it was just Ngannou imposing his will on JDS. Right from the beginning, Ngannou started with kicks and then he finally dropped JDS then swarmed with punches on the ground before the referee stepped in to stop the action. It took Ngannou a little over a minute to finish JDS.

It should be illegal for someone to have that much power!! 😳😳 #UFCMinneaopolis

I knew I should brush my teeth ultra fast #ufcMinneapolis

Every time I watch Francis Ngannou finish opponents in seconds, I give more credit to Stipe Miocic.

Looking back, that was an incredible performance at UFC 220.#UFCMinneapolis

Ngannou clocked Cigano on the chin with a right hook WHILE STANDING BEHIND HIM. #UFCMinneapolis

Francis Ngannou is the most dangerous man in the UFC right now. Has his flaws, but I don't think we've ever seen this level of raw power.

JDS did his pointing at the center of the mat thing. Ngannou hit him with the finger wag.

Ngannou vs. Dos Santos is about to pop off. Look out. #UFCMinneapolis

I am substantially more interested in DC vs Ngannou than I am the DC-Stupe rematch.

71 seconds. Damn. Ngannou is a dangerous man, especially in the first round.

When Francis Ngannou does push ups, he doesn’t push himself up, he pushes the world down. #UFCMinneapolis

Can you imagine seing what Ngannou does to other humans and being like “Sure, I’ll sign a contract and willingly give him the opportunity to do that to me.”

Tragically every time Ngannou scores another Round 1 KO it just makes his crippling ego problems worse and worse. Grow up Francis