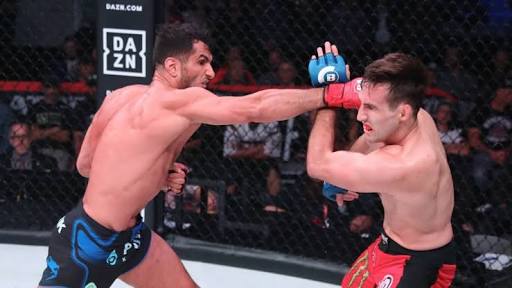 Bellator 206 was a truly a super fight for Bellator’s standard as they made first ever champion versus champion fight. Mousasi took less than two rounds to completely dismantle Rory Macdonald on the ground to ultimately TKO him.

Mousasi has now won eight straight fights dating back to his career in the UFC with three consecutive victories in Bellator. This victory over Rory Macdonald had people talking about on Social Media and MMA fans can’t get enough.

Two world-class athletes in their weight classes. This is a good fight! #Bellator206

Ok one of the best match ups this year in mma Mousasi vs. MacDonald up next on @BellatorMMA #Bellator206

Rory always showing heart he a true champ. Hats off to Musasi for showing why he the middleweight champ!

What an insane night of fights 🔥🔥@BellatorMMA #bellator206

Rory MacDonald out to "The Catalyst" by Linkin Park

Rory with a hard overhand right.

Channel 5 right now. This is like some sort of sick joke.

Gegard’s leg kicks and jab are adding up.

First round clearly goes to Mousasi. Size advantage is real and Mousasi definitely knows how to use it. Keeping Macdonald at the end of his offense. That jab is just state of the art, filth.

Mousasi stops MacDonald, battering him on canvas…second round.