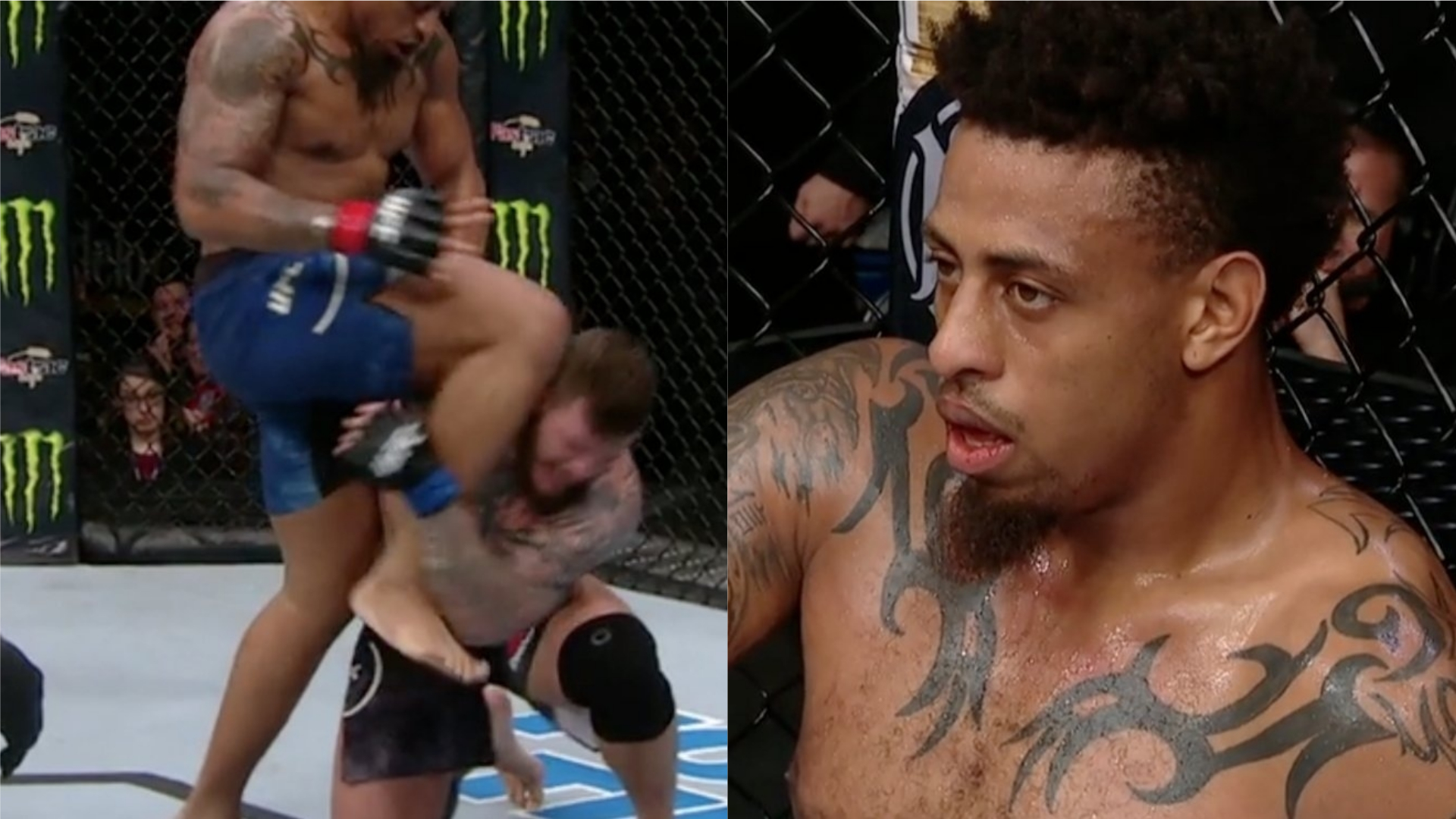 It wasn’t a good day for Greg Hardy at all in his UFC pro-debut as he was disqualified for striking his opponent Allen Crowder with illegal knees.

The fight was co-main event for UFC Fight Night Brooklyn. Hardy was disqualified at the 2:28 mark of Round 2. The event took place at the Barclays Center in Brooklyn, New York. 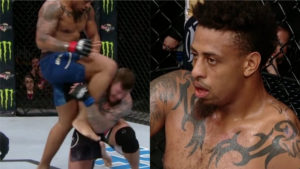 After Crowder was unable to continue, the bout was called off. He has already taken a lot of heat from MMA media and fans for his earlier cases of domestic abuse.

Check out the Twitter reactions to Greg Hardy’s illegal knee:

Wow, I can't believe that Greg Hardy would inflict illegal and catastrophic damage on someone.

No way the UFC could have known. Hurts to see such an unfortunate circumstance stain the co-main event of the UFC's ESPN debut.

Former NFL DE Greg Hardy was disqualified from his UFC debut tonight for delivering an illegal knee to the face. pic.twitter.com/wweVKGbJUf

Greg Hardy just leveled Allen Crowder with an illegal knee then tried to follow up with another punch as ref pulled him off. If he gets disqualified in his UFC debut, it couldn't possibly be more fitting. #UFCBrooklyn

If Greg Hardy wasn't the most hated man coming into this fight card, he certainly is now. Done himself no favours with the MMA community with that performance.
Allen Crowder wins via DQ and the crowd love it.#UFCBrooklyn

Oh man. Greg Hardy lands a monster illegal knee. Allen Crowder's knee was on the canvas. It was a hard hard shot. And a follow up right hand landed. I don't see any way they can restart that.

Greg Hardy got disqualified and he is also–and don't lose sight of this part–not good at mixed martial arts.

Greg Hardy was so close to being both mentally and physically broken by Some Guy Whose Name You Don't Know that he threw one of the most blatant illegal knees ever in order to avoid a clean loss.

Dana White will do anything to defend to Hardy. https://t.co/e3HrHe3Tii

I literally said "here comes an illegal knee" to @SugaRashadEvans seconds before it happened. Greg Hardy needs more time to mature and learn the game. #UFCBrooklyn

Stephen A. Smith said Greg Hardy “tarnished his reputation in the UFC” tonight. What reputation did he have coming in to tonight? pic.twitter.com/6IcQe1mS3z

Greg Hardy hit his opponent with an illegal knee and gets DQ'd pic.twitter.com/zGpasiat5m

Greg Hardy is more sad and more contrite about his DQ in the post-fight presser than about his domestic abuse case. #UFCBrooklyn

WOW. Illegal knee by Greg Hardy knocks Crowder down. Wow. What a crazy turn of events. Big Dan says the fight will end via DQ is Crowder can't continue. WOW!!!

Previous articleWatch: Paige VanZant hopes UFC gives Rachael Ostovich a platform to inspire people
Next articleUFC: Cowboy Cerrone says he ‘doesn’t believe in his heart’ that next fight will be against Conor McGregor
- Advertisement -