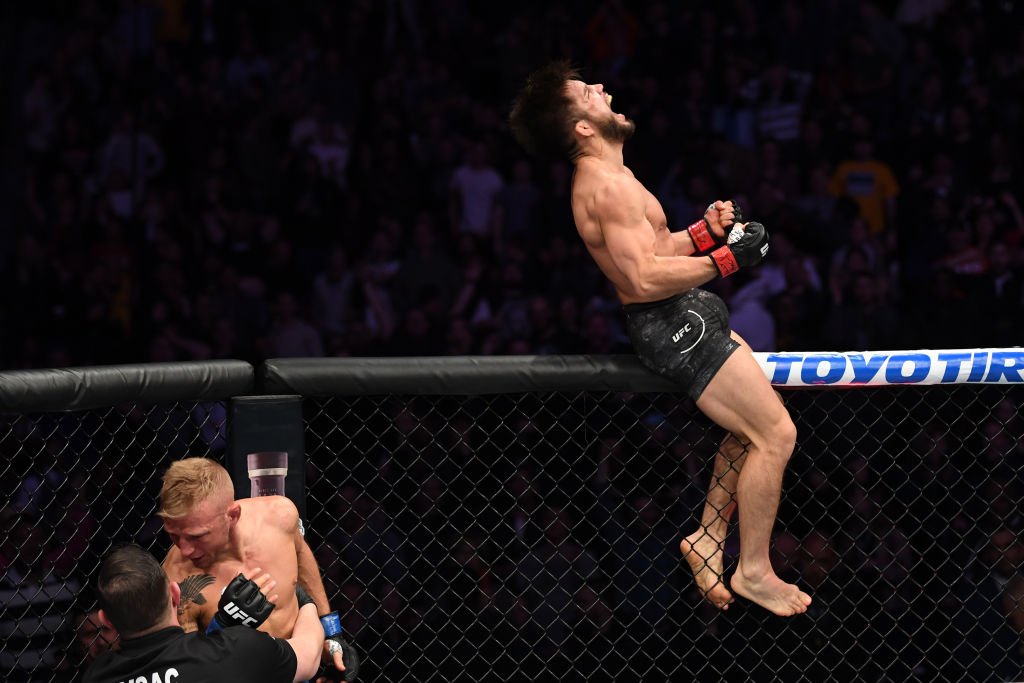 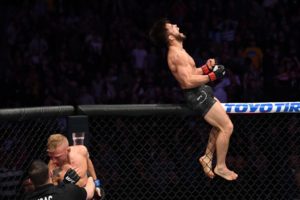 Both fighters came out swinging haymakers and Dillashaw managed to start with a kick, but Cejudo wobbled Dillashaw with a head kick, then went in for the kill, raining down punches until the fight was waved off.

“Uncle Dana [White] where are you?” Cejudo said. “Where you hiding now? I came here guys, this victory I said it before, it was much bigger than me this was for the flyweights.”

Cejudo then said that he will give Dillashaw a rematch at 135lbs.

“We can do it again and this time at 135 pounds,” Cejudo told Dillashaw. “Thank you for the opportunity, you were a stud bro.”

Here is how Twitter reacted to the wild 32 seconds KO:

Congratulations my friend @HenryCejudo
One of the greatest athlete in combat sport.
Olympic champion, @ufc champion.
This is a crazy achievement 🔝 @ Melbourne, Victoria, Australia https://t.co/mxljllkO6C

That was phenomenal!! Did he just save the Flyweight division in under a minute???

TJ Dillashaw says he wants a rematch against Henry Cejudo at flyweight.

The Messenger is the first to get the new belt wrapped around his waist!#UFCBrooklyn @HenryCejudo pic.twitter.com/AP9FIUhmTt

I TOLD YOU! DON'T SLEEP ON THIS GEM! @HenryCejudo congrats CHAMP! #UFCBrooklyn https://t.co/6Wyo64alUx

Henry Cejudo wants a rematch with TJ Dillashaw, this time at 135lbs for the bantamweight championship. I hope he gets that opportunity. He deserves a crack at being a double champ. #UFCBrooklyn

"Uncle Dana, where are you Uncle Dana. Where you hiding now. This victory, and I said it before, was much bigger than me. TJ, we can do it again, and this time we'll do it at 135 lbs." – Henry Cejudo #UFCBrooklyn

TJ Dillashaw is here at the post-fight presser repeatedly stating that the main event stoppage was "complete bullshit", that he did not lose, also, that everything was stolen from him tonight and that he was robbed. He doesn't think Henry Cejudo won. #UFCBrooklyn

This was the prediction @HenryCejudo gave me before the fight tonight:

“Knocking him the hell out in the first round. You’re going to have to tune in."

I knew you would win this fight @HenryCejudo! As I said before, your reign will be a long one!

Officially a TKO victory at 32 seconds of the first round for Henry Cejudo. Wow. #UFCBrooklyn