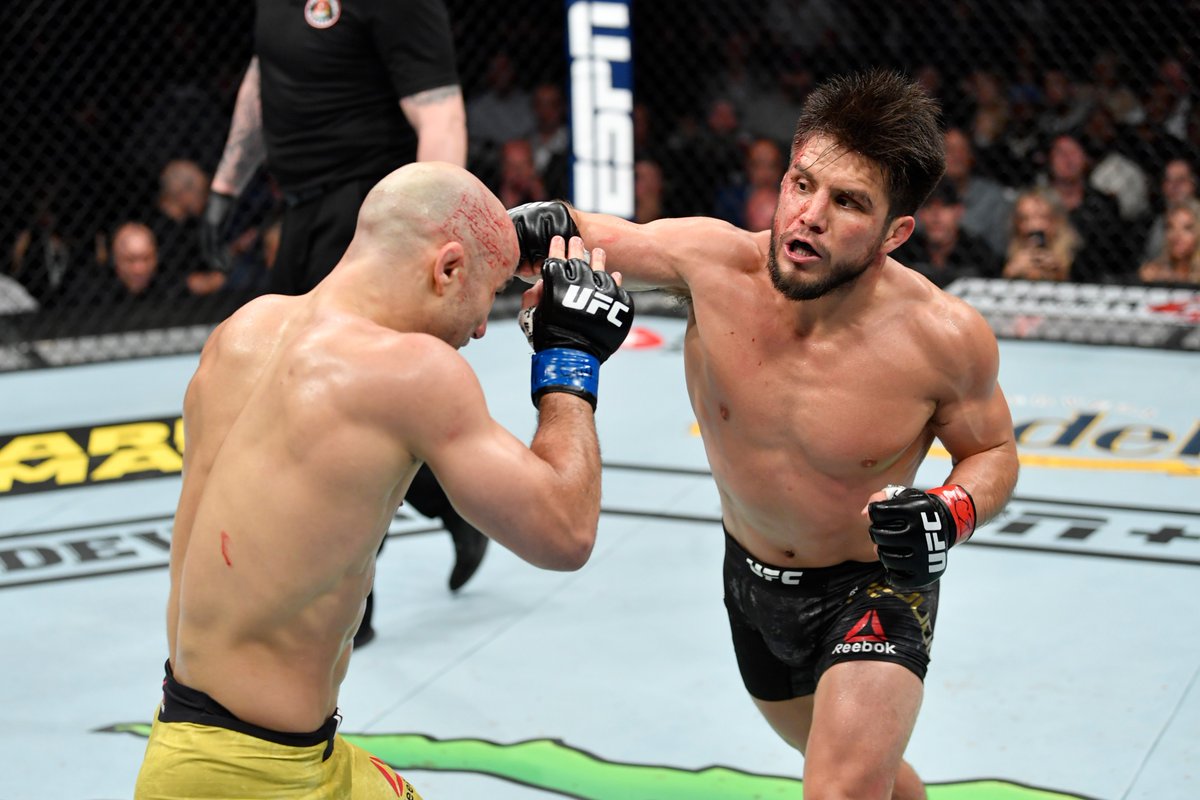 Henry Cejudo is now officially the ‘Champ-Champ’ as he stopped Marlon Moraes in the third round at the main event of UFC 238 in Chicago, Illinois. 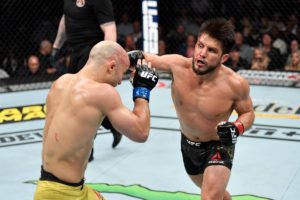 After getting battered in the first round by Moraes with leg kicks, the flyweight champion Cejudo bounced back to win the second round. In the third round, Cejudo started hitting Moraes with a knee to the body and then took him down and landed several big punches. With less than a minute left on the clock, Cejudo started pounding Moraes with elbows when ultimately the referee Marc Goddard had to step in and wave it off.

Henry Cejudo has done it.

He wins via 3rd round TKO. He is now the flyweight and bantamweight champion.

He is also an Olympic Gold Medalist, believe it or not.

Henry Cejudo is the Champ Champ. TKO finish of Marlon Moraes in the final seconds of the third round. Was getting worked early, made an adjustment, then dominated from that point forward. Champion mentality. Cejudo is a special athlete.

Henry Cejudo doesn’t actually perform sex he prefers to just watch as his partner pleases herself with his gold medal. #UFC238

What Henry Cejudo has done in his athletic career is quite incredible.

Dethrones Demetrious Johnson. Knocks out TJ Dillashaw, who was on EPO at the time. Finishes Marlon Moraes by third round TKO. Legit champ-champ status and yes, he is an Olympic gold medalist, too.#UFC238

Jesus, what a comeback and performance from Cejudo. His early career, based on his repeated weight blows, would be a flameout. Now, he's one of the greatest fighters on the planet, finally realizing his talent. Just incredible.

"I am the greatest combat sports athlete of all time." – Henry Cejudo (Triple C) #UFC238

Cejudo is a fighter man. He's not just a freak athlete. This is now interesting as fuck.

Henry Cejudo, you tricky lil bitch, you actually did it. pic.twitter.com/5xzThB9Ihm

Henry Cejudo is the fucking man. I don’t wanna hear SHIT from all these folks wanting him to get koed. BOW DOWN TO YOUR CRINGE KING!!! #ufc238 pic.twitter.com/CV8cb3a0I5

Cejudo made the mid-fight adjustment and TKO'd Moraes. The will and heart he showed in this fight is inspiring from getting kicked to a pulp, rocked a few times, but turned to walk the bigger stronger man down and finding holes in the clinch.

Cejudo is an all-time great.

I am kinda blown away.

Moraes is a physical fighter for 135. He put it on Cejudo in the first and yet, the flyweight champ found a way to bulldoze Moraes. No one has done that to him.

Henry Cejudo is a special talent.

Henry Cejudo is now a champ-champ!

UFC 238 set the all-time record for most significant strikes landed at a single event, per @ESPNStatsInfo.

Shoutout to the Coach Of The Year @CPTdasAmericas! Two Champ Champs. Took us to higher levels. Thank you Captain!