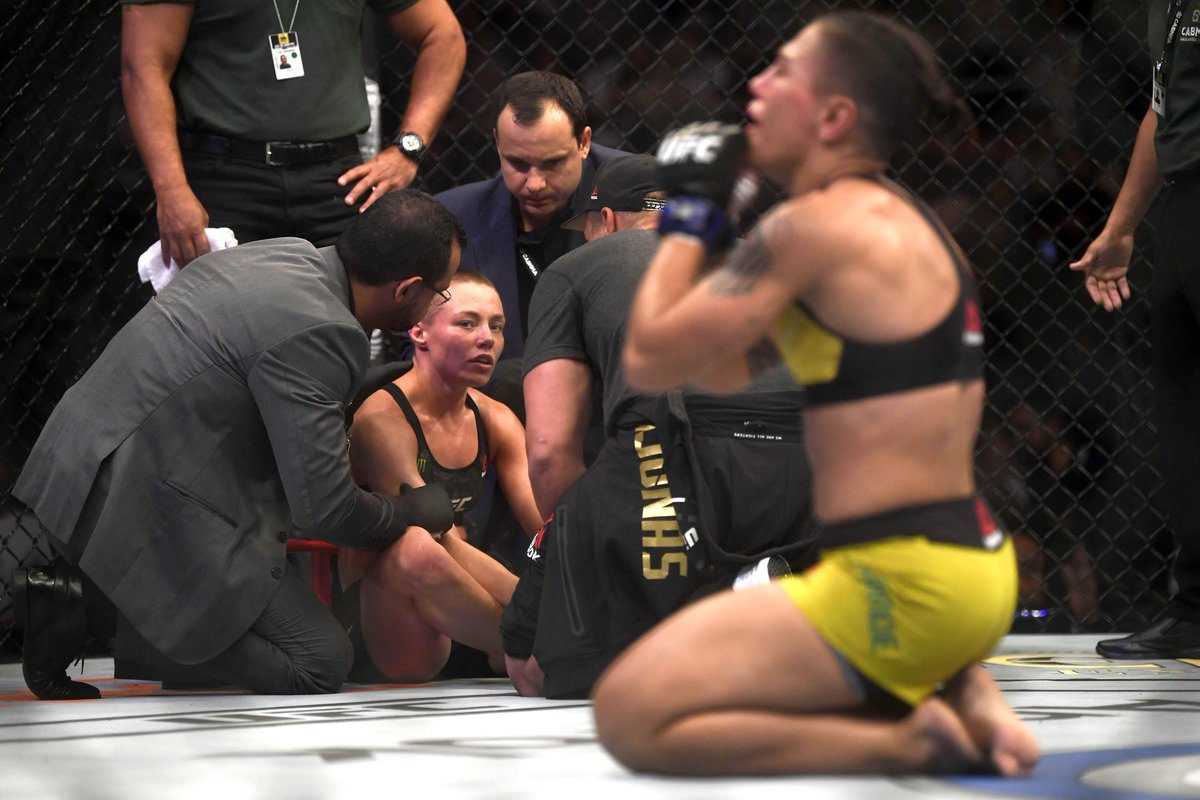 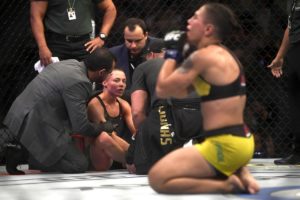 in all seriousness, Rose was whooping Andrade's ass bad and handled that loss like a goddamn Champion. i wouldnt pick against her if they fought again. #UFC237

Wow, I don’t think anyone saw that coming, Rose had her number in the striking and was more technical on the ground but holy shit don’t let Andrade pick your ass up. #UFC237

Thank god Rose is ok! I was really nervous watching that. The neck stuff freaks me out especially being a victim of neck injuries as well. #UFC237

"When I lost the belt I cried." – Daniel Cormier just totally dumbstruck by Namajunas' admission that this loss took a lot of pressure off her. #UFC237

If you didn’t know, bate estaca means pile driver. Now you know why they call her that. 😱#ufc237

If you didn’t know, bate estaca means pile driver. Now you know why they call her that. 😱#ufc237

Amazing that Rose is just 26yo, and Andrade 27, considering what they’ve both accomplished. #UFC237

Andrade high-crotched Rose and Rose landed on her head, which KO’d her. Absolutely brutal.