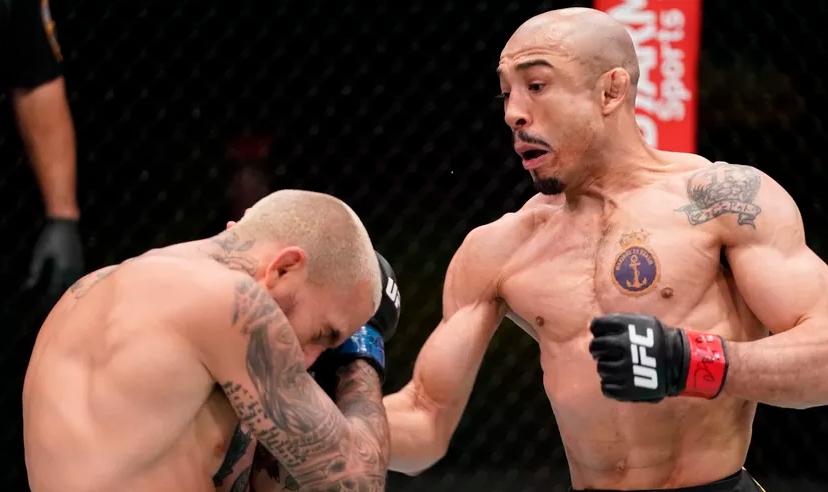 It was an exciting back and forth action for the entirety of the fight. In the opening round, Marlon Vera started the fight with leg kicks as he managed to keep Jose Aldo at bay initially. However, Jose Aldo managed to get his footing in this fight, as he managed to dig Chito’s body.

Aldo landed numerous body shots on Vera which slowed him down slightly. In the second round, however, Chito managed to dictate the pace of the fight, as he landed his leg kicks and pushed Aldo against the cage and landed some punches. While Aldo did have his moment in the fight, it was a clear cut round for Vera. 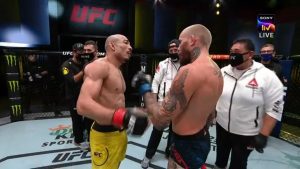 The third round saw Jose Aldo completely dominate the fight on the ground. After locking up Vera with a body lock, he managed to take down Vera and completely control the pace of the fight from the top. Vera failed to get Aldo off his back and ultimately the judges scored the fight for Jose Aldo.

Congratulations to the legend @josealdojunior

Jose Aldo says he wants to fight TJ Dillashaw in his next bout and I am 100 percent down for that.

Jose Aldo says he wants TJ Dillashaw. Not a horrible idea. Dillashaw’s suspension will be up next month.

Never forget how well-rounded Aldo is.

At the brown belt level, Aldo squared off against Cobrinha – a man who would go on at black belt to be one of the best BJJ players ever – and Aldo beat him both times.

Lots of caveats there, but it shows his natural ability.

Matchmakers have an easy ass job deciding what to do with Aldo and Dillashaw, book that shit

Didn’t get the price I wanted but I’m glad I ended up taking Aldo at the window. Good to see the former champ get an official win at bantamweight. #UFCVegas17

I got that main-event anxiety for Jose Aldo v. Chito Vera right now.

Round 2 the only close one.

Jose Aldo is still a beast. Leg kicks, body work, takedown defense and even a little BJJ. Had it all tonight. A+. #UFCVegas17

And look at this guy. You always have to be careful about burying fighters before they're done in MMA. Aldo is sensational.

If you don’t get excited for Jose Aldo fights , you arent human ! #UFCVegas17

Next up for The King of Rio? Aldo wants Dillashaw! 👀 #UFCVegas17 pic.twitter.com/gdnAg4Utdh

Aldo fought his tattoo off in that fight

Aldo vs. Dillashaw would be fun too #UFCVegas17