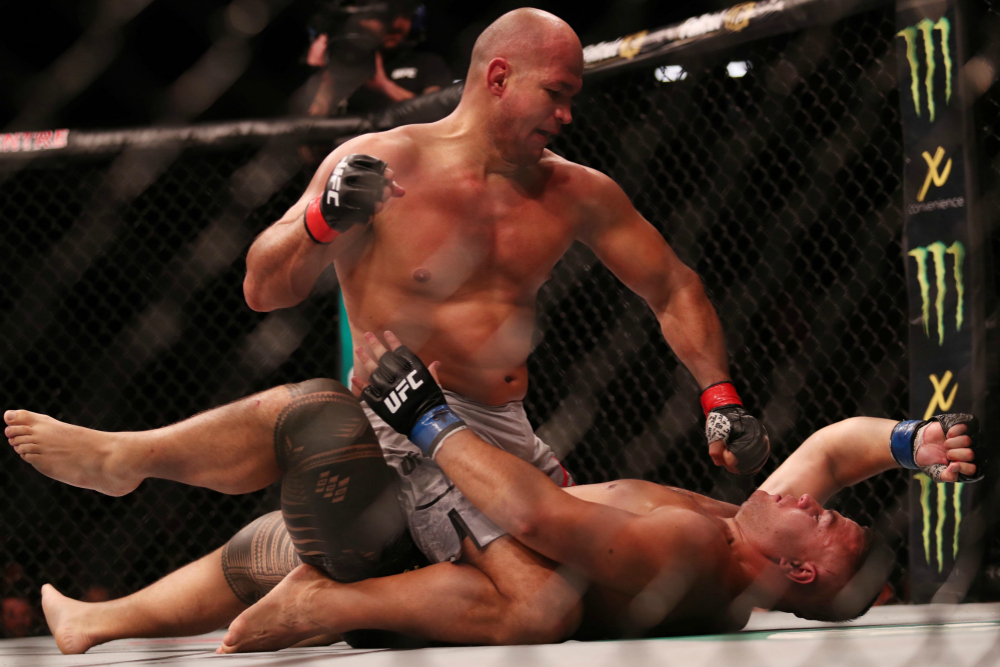 UFC heavyweight contender Tai Tuivasa had a real opportunity today to showcase his skills as he headlined the UFC Adelaide fight card against Junior Dos Santos at the Adelaide Entertainment Center in Adelaide, Australia.

Tai Tuivasa has been fairly untested at the top level and this was supposed to be his first real competition against former champion and experienced Brazilian star JDS. However, things didn’t seem to go his way as in the 2:30 seconds of the second round, JDS scored a TKO and handed the undefeated Sydney native the first loss of his professional career.

This win was very important for JDS as the Brazilian knockout artist has gone 4-3 inside the Octagon since losing his title to Cain Velasquez at UFC 166 in October of 2013. 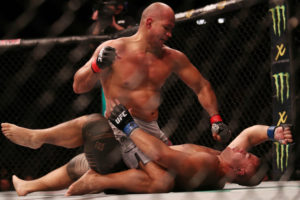 In the opening round, Tai Tuivasa managed to stun JDS and landed heavy punches, but JDS turned the tide around in Round 2 as he hit Tuivasa with a counter left hook and then dropped him with a right hand on the canvas. He then pounded on Tai and landed a barrage of punches and elbows until referee Herb Dean had to intervene and stop the fight.

This fight will be a learning curve for the 25-year old as he will have to be very careful in his fights and not be reckless. Meanwhile, JDS was extremely happy with his performance.

“My gosh, man, I’m so happy,” dos Santos said. “This guy’s tough, I knew he was tough. He kicked me very hard in the legs and I’m feeling it now.”

He is now on a two-fight winning streak and has improved his record to 20-5.

Tai Tuivasa called out "little b*tch" Justin Willis, who just beat his boy Mark Hunt. Can't recall a loser calling someone out in that situation. Love it. Makes you forget about what just happened a lot quicker. #UFCAdelaide

What a great night of fighting!!!

The old school roars back in main and co-main. JDS showed a good chin and adjusted well. #UFCAdelaide

WOW! Who would've imagined 2 Brazilian Legends past their prime would go into enemy territory and upset/finish 2 rising stars in their own backyard. Hats off to both JDS and Shogun. #Congrats #UFCAdelaide #fightnight

Not a good night for the boys in Adelaide 😔

Chin up fellas, I have no doubt they'll be back. Fighting at the highest level despite the short amount of time they've been in this sport and taking on legends who have been fighting since 02/06, so much respect 🙏🏻#UFCAdelaide

Jds look like “the brain” from animaniacs to anyone else?

Big upsets tonight for the folks down under #UFCAdelaide

This is why I pick the veterans over the prospects 99% of the time. We had Shogun Rua finish Tyson Pedro and Junior dos Santos finish Tai Tuivasa. Incredible performances! #UFCAdelaide

Meanwhile, Tai Tuivasa is doing a rather unique entrance over here in MMA world.

Junior dos Santos scores a huge win on the road. Finishes Tai Tuivasa via TKO in the second round. Tuivasa had the momentum, but got caught by a couple good punches and made mistakes trying to make up for it. Walked into more shots. JDS ends up in mount, finishes the fight.

Big wins for Shogun Rua and Junior dos Santos. The boys from Brazil get it done down under. #UFCAdelaide

Tai Tuivasa ask for it so the Brazilian warrior Junior Dos Santos give it to him , Congratulations to @junior_cigano a good person and a legend fighter in MMA 👏🏻#UFCAdelaide #UFC pic.twitter.com/YMuWPb2gDK