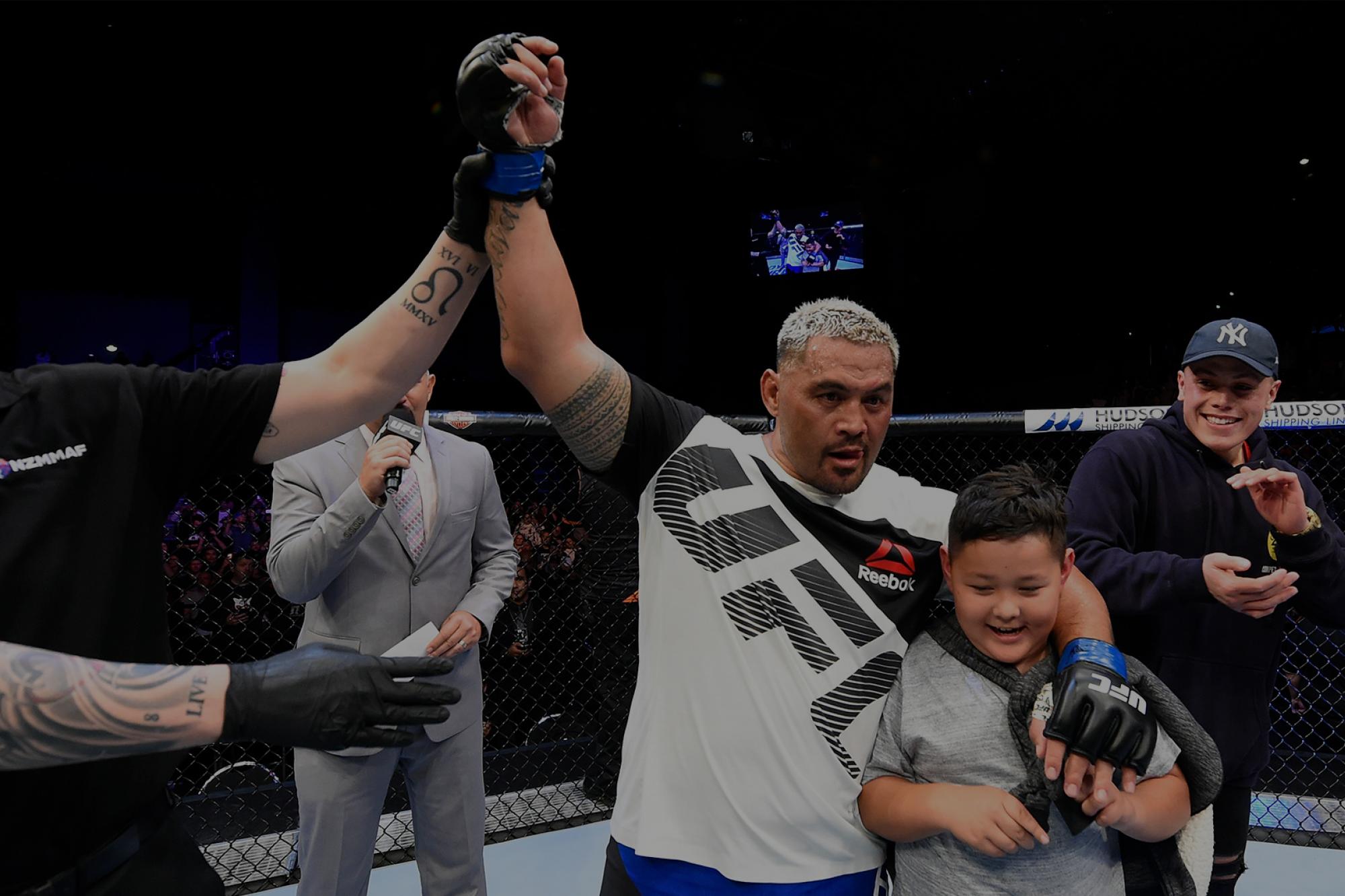 Samoan UFC heavyweight star Mark Hunt laced his gloves for the last time in UFC today as he took on Justin Willis at the Adelaide Entertainment Center in Adelaide, Australia.

Today was Hunt’s last fight under his UFC contract and he ended his eight-year run in the biggest Mixed Martial Arts promotional company in the world. However, he didn’t get the result he quite wanted as he ended up losing his heavyweight division bout to American Justin Willis by unanimous decision at UFC Fight Night 142. 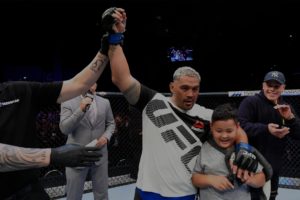 None-the-less he had a great career in the UFC and he has fought everyone and known for not ducking anyone inside the Octagon. Although he has not retired from the world of Mixed Martial Arts as Hunt made it clear at the post-fight presser, telling fans that he’ll see them “somewhere else” going forward.

Mark Hunt looked good in the fights round as he landed some hard low kicks and nice punches. But Justin Willis managed to turn the tide in round two, showcasing a lightning quick left jab that left Hunt frustrated. The third round started out in the similar fashion as Willis continued popping his jabs and frustrated Hunt all night long.

Hunt said he was proud of what he had achieved in his UFC career.

“The UFC is the number one organisation for mixed martial arts at the moment so I’m just glad that I’ve been competing at my age,” he said before the fight.

“I came in a long time ago. I was 16 years old in my first fight as a Muay Thai fighter, now I’m 44. I’ve been contracted for 23 years in professional fighting so I must be pretty good at it. I’m proud of that.”

Twitter poured their farewell and reacted to his loss in his final fight in the UFC.

A legend. A man who has inspired and lead the Anzac takeover and held the torch for years.

That was not the (possibly) final UFC appearance by Hunt anyone was hoping for… #ufcadelaide pic.twitter.com/XJGFCwTPFq

IMO Hunt deserved a better fight for his retirement fight than someone just moving away from him and jabbing him. #UFCAdalaide

I don’t think Hunt cares for this anymore #UFCAdelaide

Not a good night for the boys in Adelaide 😔

Chin up fellas, I have no doubt they'll be back. Fighting at the highest level despite the short amount of time they've been in this sport and taking on legends who have been fighting since 02/06, so much respect 🙏🏻#UFCAdelaide

Mark Hunt being lead out by a rendition of “Tika Tonu” while Samoan flags fly in the background was the highlight of my day. In many cases, the haka is the ultimate acknowledgement of respect. I couldn’t think of a more fitting farewell for a pioneer in Aotearoa combat sports. ❤️ https://t.co/XpYll0o4HX

Not surprised at all that #markhunt acted like a bitch. #UFCAdelaide

On another note if that really was the last time the Super Samoan Mark Hunt steps foot in an octagon he’s had an incredible career which has been entertaining throughout, well done sir @markhunt1974 #UFCAdelaide

Tai Tuivasa called out "little b*tch" Justin Willis, who just beat his boy Mark Hunt. Can't recall a loser calling someone out in that situation. Love it. Makes you forget about what just happened a lot quicker. #UFCAdelaide

"I apologise for the performance today. Thank you for the support from everyone from Australia and New Zealand."

Gracious in defeat from Mark Hunt after suffering defeat in his final #UFC bout. pic.twitter.com/FO9ZxvHeOc

“It’ll see you somewhere else.” Mark Hunt came into the UFC saying very little and he leaves doing the same. Cool of Willis, who won via decision, to give him the floor.

By giving the microphone to Mark Hunt, Justin Willis just made me a fan for life. #UFCAdelaide

Mark Hunt didn't have it tonight. Basically walked into Justin Willis punches with no gameplan or purpose. Landed eight punches in the final 10 minutes. That was not pleasant to watch.

Disappointing end to Mark Hunt's UFC career. He was either injured or just frustrated with his opponent. But Willis should take this. 29-28 Willis. #UFCAdelaide

Can't say that was the fight I was hoping to see. But you're fighting Mark Hunt, so yeah, I get it. Still, though.