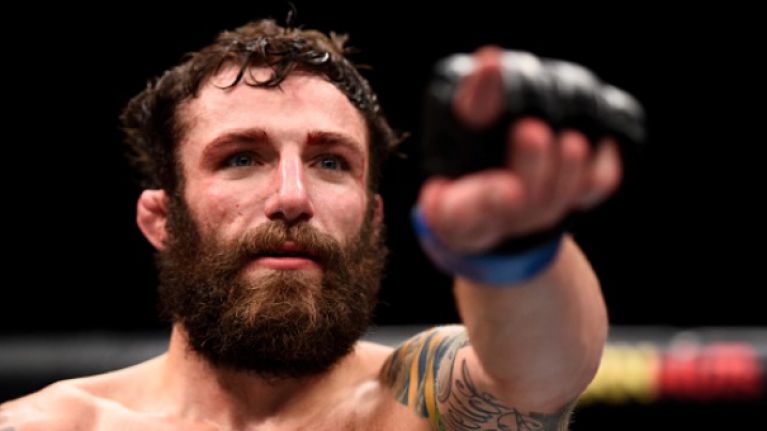 Former UFC lightweight contender Michael Chiesa had a smooth start on his Welterweight debut as he made Carlos Condit tap with a one arm submission at the Forum in Inglewood, California. It was the final non-title bout in the main card of UFC 232. 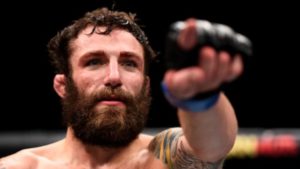 Less than a minute into the second round, Chiesa locked up a kimura — seemingly with only one arm — and forced the former interim champion to tap out. With this win, he improved to 15-4 overall and now has called out Neil Magny.

filing a class action lawsuit against Michael Chiesa if he keeps taking down Condit. RT if you want in. #UFC232

Michael Chiesa gets the second round kimura to finish Carlos Condit.

💔 to see Carlos Condit lose 5 in a row. He's now only won 2 of his last 10 but just look at the competition he's lost to:

He's a stud but it's time to call it a day IMO.

Michael Chiesa looked damn strong at 170lbs. Feels like this was a long overdue move. #UFC232

Michael Chiesa is pumped up. pic.twitter.com/9NwTi6uQ7B

If anything, I’m intrigued to see what Michael Chiesa looks like at welterweight. This Maverick is coming in thicc. Let’s see how he goes. #UFC232

UFC 232 facts: despite saying 'I love you mom!' after every fight, fighters who talk shit about Michael Chiesa's mom maintain a 100% win rate against him.

Wow, amazing submission win for Michael Chiesa. That’s 5 losses in a row for Carlos Condit. Probably hangs up his gloves.

Remember that time when Kevin Lee caught Michael Chiesa dead to rights in a rear naked choke and so he stopped fighting it, and then when the ref stopped the fight, Chiesa said, 'WHAT? I wasn't OUT! Mom?! MOM?! MOM!'

Add Michael Chiesa’s name to the list of fighters who may have been doing themselves more harm than good with the weight cut. Are others getting the message yet?

Michael Chiesa out to "Stranglehold" by Ted Nugent.

Carlos Condit out to "Know Your Enemy" by Rage Against the Machine. #UFC232

Michael Chiesa is still fighting? I thought he died in the 2017 Conor McGregor bus attack.

Michael Chiesa has a successful debut at 170lbs. Submits Carlos Condit via second round kimura. That was nasty. #UFC232

Man, what a fascinating round there between Carlos Condit and Michael Chiesa. Some of the best scrambles I've seen in a while. Excited for this one to continue…#UFC232

Michael Chiesa: I love you Mom!

"This is my division and I just showed that I'm a top 15 fighter. Bar none, hands down, I'm one of the best fighters in the world." – Michael Chiesa #UFC232