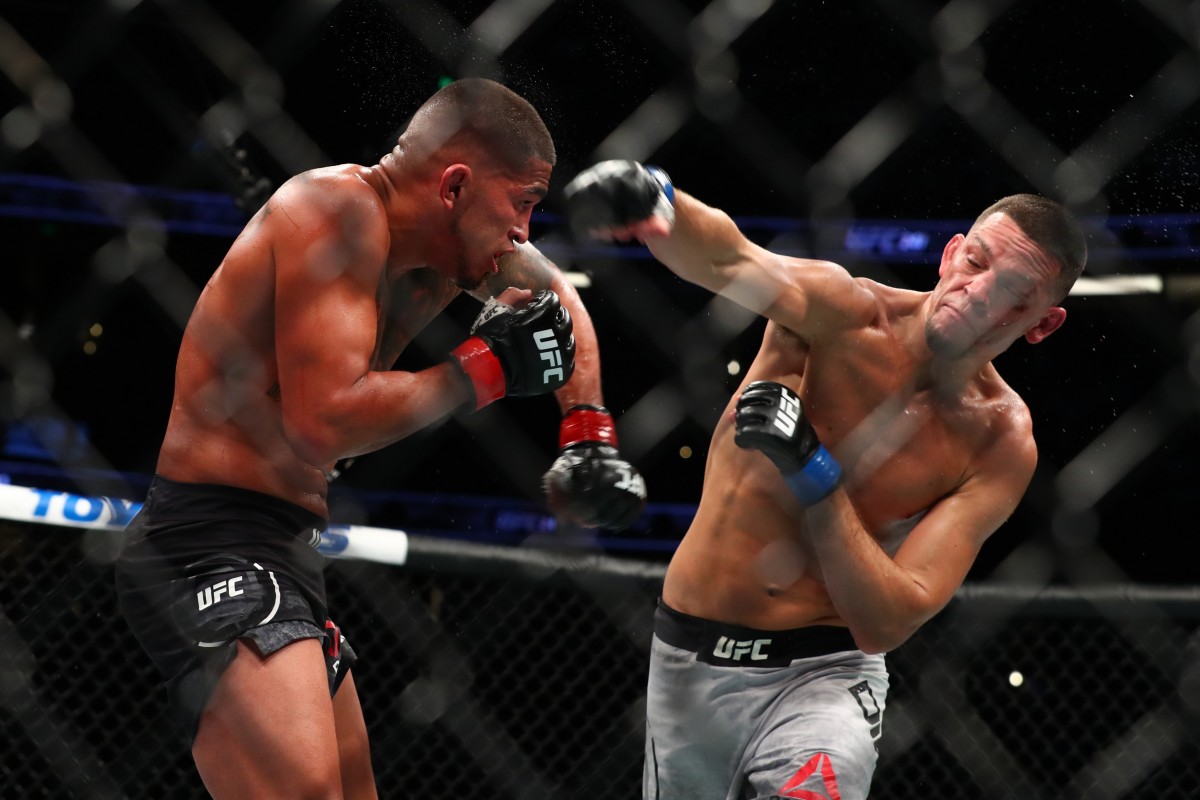 The highly anticipated return of Nate Diaz to the Octagon after three long years ended with him beating Anthony Pettis via unanimous decision. The three judges scored the fight 30-27, 30-27 and 29-28.

This was his first win in over three years. His last victory was against Conor McGregor at UFC 196 in 2016 where Diaz caused a huge upset by submitting the Irishmen in the second third.

Pettis started the fight strong and kept attacking Diaz from the outside. Diaz had a hard time matching Pettis’ tempo, but as gradually the rounds went by Diaz applied pressure that had Pettis completely on backfoot. Diaz then scored a successful takedown and went for the rear-naked choke but Pettis narrowly survived it. 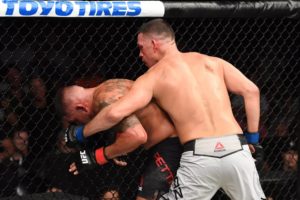 In the third round, Diaz went all in and continued his onslaught. Diaz then landed a huge knee which dropped Pettis and then the Stockton native unleashed his onslaught and hammered Pettis with hard shots. However, Pettis was tough and showed heart which helped him survive the full three-rounds.

After the fight he called out Jorge Masvidal:

Nate Diaz watching highlights of himself is awesome https://t.co/DPH3CerPKV

me: I'd like to enlist in the nick diaz army or some shit

recruitment officer: there's no such thing and you can't smoke that in here

“I know he’s a gangster, but he’s no west coast gangster.”

Amazing performance, Nate Diaz. Can't wait to see you back in the cage again in 2023.

Nate Diaz is back! After a 3 year hiatus, the longest of his career, he returns and defeats Anthony Pettis by UD. Please for the love of God give me that Conor McGregor trilogy. It's time. This rivalry, this saga, it needs an ending. It needs closure. That's the fight. #UFC241

Nate Diaz says he’s interested in fighting Jorge Masvidal next. He said there are no gangsters in MMA anymore, but Masvidal is — “but he’s no West Coast gangster.” #UFC241

Paulo Costa: First and foremost, this fight is for God.

Nate Diaz is back and he wants Jorge Masvidal next. #UFC241 pic.twitter.com/6vyLoyFsp3

Joe Rogan – “Why did you take three years off?”

Nate Diaz – “The reason I've been off is because everybody sucks…" 😂 pic.twitter.com/IrYAFWGh43

Diaz looked really good, especially considering the layoff. He admitted to getting tired but otherwise never seemed in big trouble.

Masvidal's reaction to being called out by Diaz pic.twitter.com/7RYOoW5ke9

“This is Nick Diaz army motherfuckers”