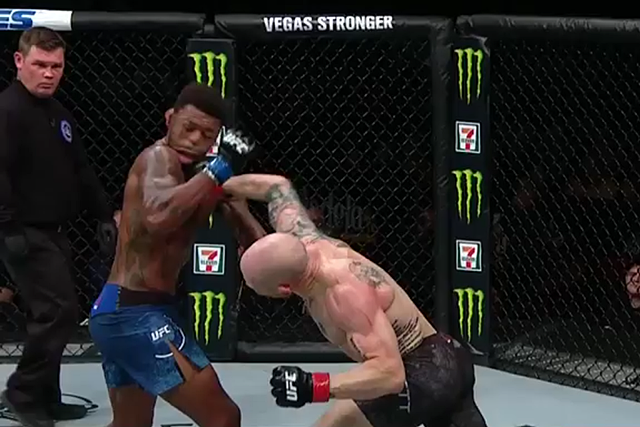 In the main card of UFC on ESPN 2, after more than a one-year layoff, featherweight contender Josh Emmett took on Michael Johnson at the Wells Fargo center in Philadephia Pennsylvania.

Emmett brutally knocked out lightweight contender Michael Johnson in the third round with a single punch. This was a much-needed victory for Emmett who was looking to bounce back after suffering from a knockout loss to Jeremy Stephens in February of 2018. 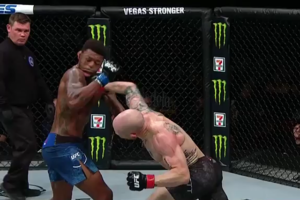 After being behind on most of the judges’ scorecards, a knockout is what he needed to win and out of nowhere with less than a minute remaining on the clock, Emmett delivered a highlight reel knockout victory.

Here is how Twitter reacted to the violent one-punch knockout victory of Josh Emmett against Michael Johnson.

Josh Emmett knocks out Michael Johnson with a beaut of an overhand right with just seconds left in the first. Golly. Huge win for Sac’s own.

Nice to see Josh Emmett back. Been a long, brutal road back from the injuries he sustained in that Jeremy Stephens fight 13 months ago.

Oh my God. Josh Emmett take a bow son. That was a 187. Michael Johnson out cold. #UFCPhiladelphia

Oh my goodness just a monstrous right hand from Josh Emmett. MJ was out before he hit the ground. What a shot. #UFCPhiladelphia

Josh Emmett looks like if you held him close to a light bulb for 30 seconds then turned off the light, he would glow in the dark. #UFCPhiladelphia

Wow. Crazy knockout by Josh Emmett. He was on his way to losing a decision and landing a massive right hand out of nowhere. Wow.

And he gets to go home to this….

Have yourself a night Josh Emmett pic.twitter.com/1cSUtVpnxz