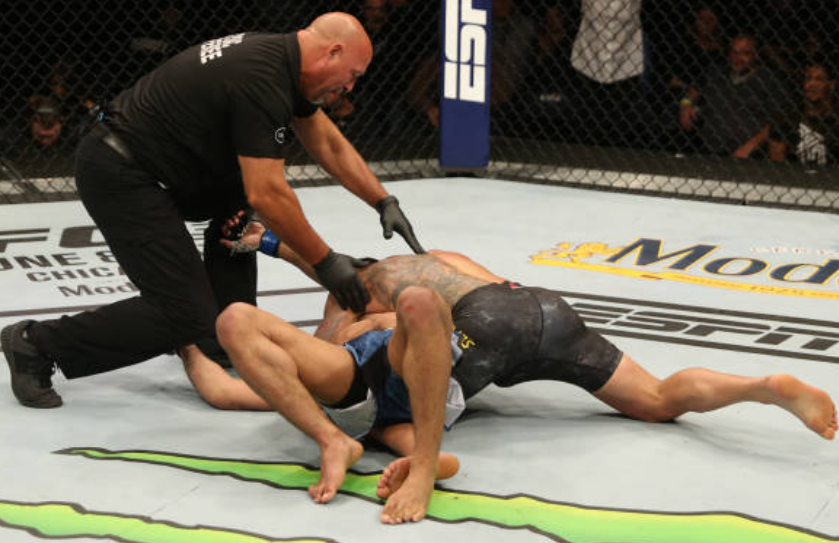 Kevin Lee was submitted in the fourth round by Rafael Dos Anjos in what was Lee’s debut fight in the welterweight division. The fight started with both fighters throwing heavy kicks. Both fighters had their moment and utilised their gameplan on the ground. But in the fourth round, RDA’s constant pressure gassed out Lee and then RDA squashed the takedown attempt, wound up in mount, and slapped an arm-triangle-choke. 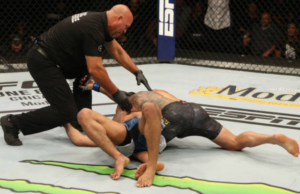 This was an extremely important fight for RDA who was coming off two consecutive losses to Colby Covington and Kamaru Usman.

Kevin Lee has been transported to a local hospital, per his manager. @aaronbronsteter first reported.

RDA taps Kevin Lee in the fourth round. Lee went HARD for a takedown and just looked completely gassed after it failed. If Lee is going to stay at 170, he's got to alter his style. He's still trying to fight like he's the bigger man. He expended a ton of energy tonight.

Kevin Lee has 15 fights in the UFC and he is still outchea saying, “You haven’t even seen me yet.” Bro thinking he’s John Cena and shit. #UFCRoch

“Nah fuck that bro, no way he woulda sunk that choke at 165.” -Kevin Lee #UFCRochester

Kevin Lee has been transported to the hospital following his loss to Rafael dos Anjos.

Rafael dos Anjos beats Kevin Lee with an arm triangle submission in the fourth round of the UFC Rochester main event. Very gutty performance from dos Anjos. He weathered Lee's early storm and took control of the fight. Big one for RDA, who snaps a… https://t.co/zpgnKTWy4M

Rafael dos Anjos taps out Kevin Lee with a fourth round arm triangle choke. Huge win for RDA bouncing back from two straight losses to Kamaru Usman and Colby Covington.

I guess we’ll never know, cos he bottled it, with a broken toe. https://t.co/gEGfEv9AHL

Lol my bad, I didn’t know it was actually just a bruise. https://t.co/4QEkuQxo4B

Kevin Lee always seem to slow down a lot after this first exchanges— wrestling exchanges. He punches are looking weathered already after such a beautiful start to the fight. #UFCRochester

Beautiful display of MMA and heart from both these guys. Amazing fight. @ufc @RdosAnjosMMA @MoTownPhenom

#RDA had time to get use to 170lb. I can see @MoTownPhenom having a lot of success at welterweight once he gets use to competing bigger

What a welterweight scrap. Those 5rd fights are not a game. Congrats to @RdosAnjosMMA on the performance #UFCRochester