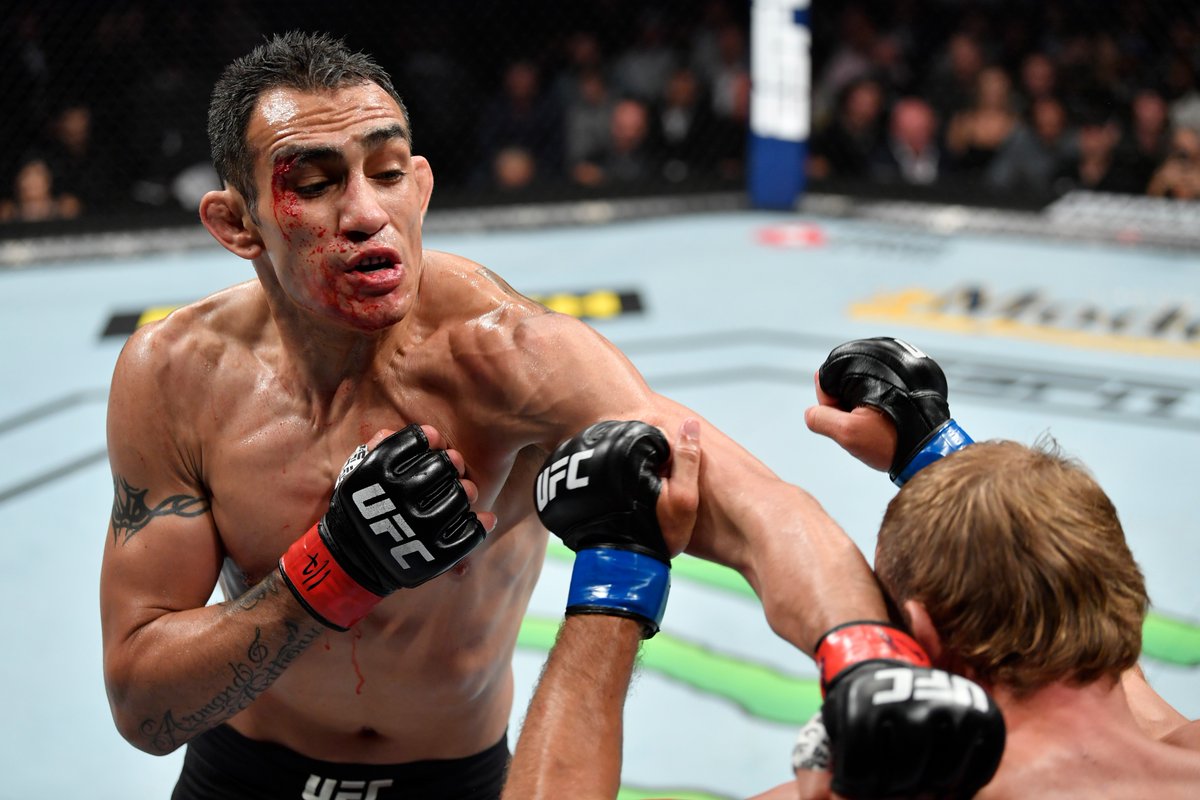 Tony Ferguson vs. Donald Cerrone without a doubt was one of the most intriguing fights on the UFC 238. This fight was supposed to be full on action and it fully lived up to the hype, until an unfortunate doctor’s stoppage ruined fans of another round of violence.

Ferguson hit Cerrone after the bell after which Cowboy blew his broken nose and the fight which forced his already cut eye to swell and ultimately the fight had to be called off by referee Dan Miragliotta. 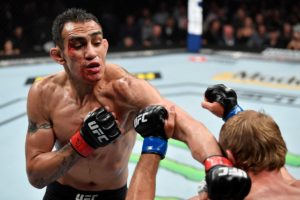 The fans were extremely disappointed with the stoppage and here’s how Twitter reacted.

This is tough. Tony looks angry. Fight is stopped because of Cowboy's eye. He blew it and it closed up on him. Tony looks disgusted. He landed that late blow after the second round. Very unfortunate way for it to end. Sublime performance by Ferguson though, outside late hit.

I hope Cowboy wears an eyepatch from now on. Even if he doesn't have to. He still should.

That reaction from Cowboy when he knows he's fucked up. Kids, don't blow your nose in a fight. 😯 #UFC238 pic.twitter.com/c2qAUXPMkh

Watch Cowboy’s eye as he blows his nose. The human body is wild y’all. pic.twitter.com/SSz0AiOhpP

“Push the air back down”

Love this science from Cowboy. pic.twitter.com/ZtemkELp3i

The fans are mad but Ferguson earned that. After a slow start he won that second round fair and square and was starting to roll.

Tony Ferguson needs to fight for a goddamn title. #UFC238

It's easier said than done and even a vet like Cerrone knows you shouldn't blow your nose when it's broken and busted but when you're in the heat of the fight and gasping for air, shit happens. Very unfortunate. That said, Ferguson pieced him up hard in that 2nd round. #UFC238

Fight is over. Cerrone’s right eye is closed shut. Looks like it could be an orbital injury. Ferguson will win.

Previous articleVIDEO: GGG sends Steve Rolls to the shadow realm with a brutal KO
Next articleUFC 238 Results – Cerrone’s Swollen Eye Causes the Fight to be Stopped, Ferguson Wins via TKO