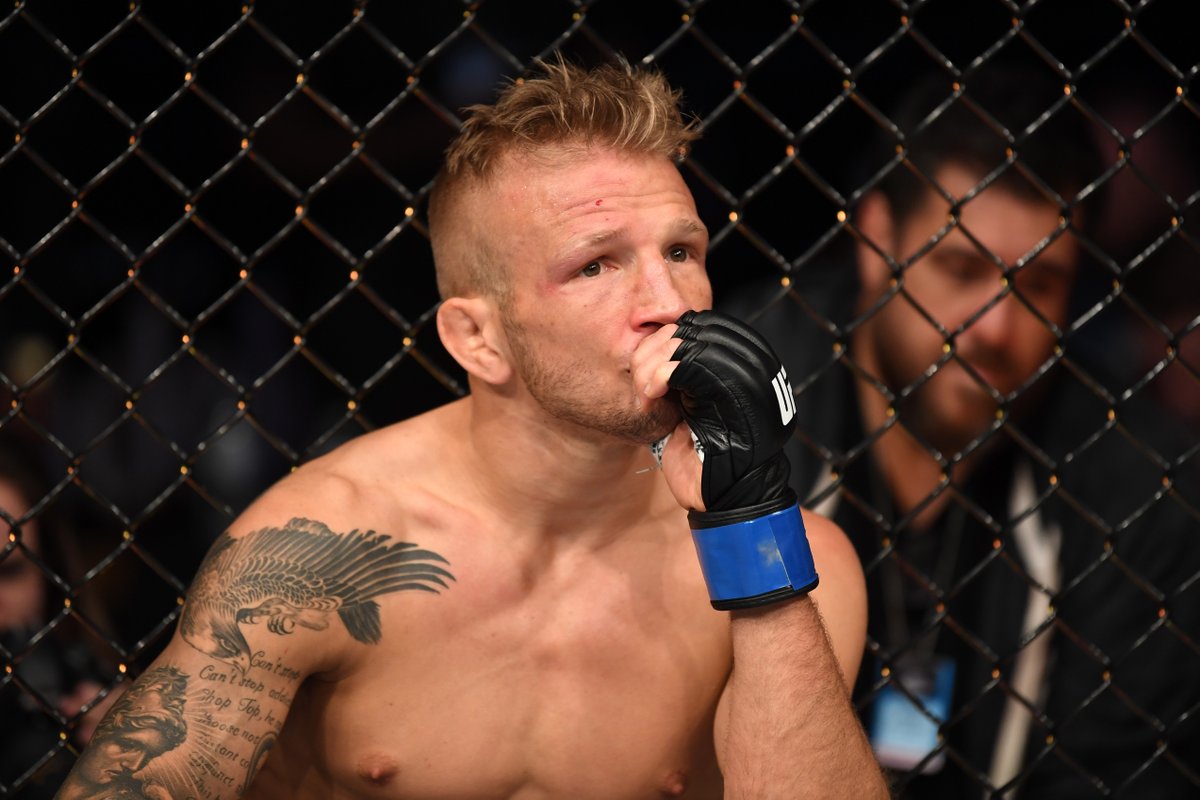 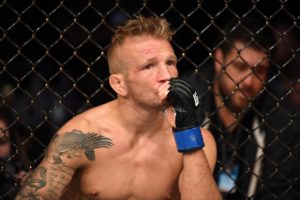 Test all his samples I bet for a fact more epo pops up, @TJDillashaw is a coward. Tj call me when that suspension is up! Scum bag https://t.co/LIjynev9VT

All of my losses are from Fighters that have popped for PEDs @ufc @usantidoping I can stand behind this when I say I’ll always be a drug free athlete, #1 reason is the believe I have in myself. #2 I respect the game 💯Twitter rant over y’all have a good day ❤️

TJ Dillashaw got suspended for 2 years for taking steroids before his fight against Henry Cejudo. This is shocking. I thought steroids worked.

This really sucks for TJ Dillashaw fans, but you know, this is why I gravitate toward fighters with high moral fibre and strong Christian values like Vitor Belfort or Jon Jones.

No comment yet from TJ Dillashaw's team. Obviously, a devastating blow to his legacy. We're living in a time where it seems like new information about contamination and "pulsing" surfaces every day, but EPO is a pretty damning thing to test positive for.

TJ Dillashaw has accepted a two-year sanction from USADA. That is a back breaker for his career. Not an ender, but a major blow.

In the aftermath of TJ Dillashaw's suspension, at least the bantamweight division is still in great shape. Cejudo vs. Moraes should be phenomenal. Sterling vs. Munhoz, Yan vs. Rivera, Raphael Assuncao, Dominick Cruz and Cody Garbrandt still out there. Division will be fine.

TJ Dillashaw went from being on the verge of becoming a double champ, rated as one of the best pound for pound fighters in the world, making a case as one of the all time greats to literally ruining his legacy from which I see no return. From the penthouse to the outhouse.

Hearing from my sources that when the USADA agent showed up to TJ Dillashaw's door, he was on the couch injecting EPO so he immediately went for the single leg because he knew he was about to be finished.

Breaking: USADA has suspended former UFC champion TJ Dillashaw for two years for testing positive for EPO prior to a flyweight title fight against Henry Cejudo on Jan. 19. pic.twitter.com/JQpvEnBWAN

Joe Rogan when he finds out TJ Dillashaw’s incredible endurance and cardio wasn’t a result of training at sea level and sleeping at altitude. https://t.co/ASfyfRKDlG

It always blows my mind when I see extremely talented fighters do such stupid things. TJ Dillashaw very well could have been on his way to cementing himself as the greatest bantamweight champion ever and now, he is just a cheater.

Was asked not too long ago which fight I'd like to see more than any other in the UFC. I said Demetrious Johnson vs. TJ Dillashaw.

Cody Garbrandt and Urijah Faber when they found out TJ Dillashaw is suspended for two years by USADA: pic.twitter.com/7qfRUk5nBU

Fuck you @TJDillashaw you dirty 🐀 bastard.

un fucking real @TJDillashaw why would you risk it ? wtf is wrong with you. threw away your legacy. all your wins are tainted.

TJ Dillashaw has been suspended two-years by the USADA and we take a look at the evolution of drug testing in the #UFC. pic.twitter.com/p8c31cUyI9