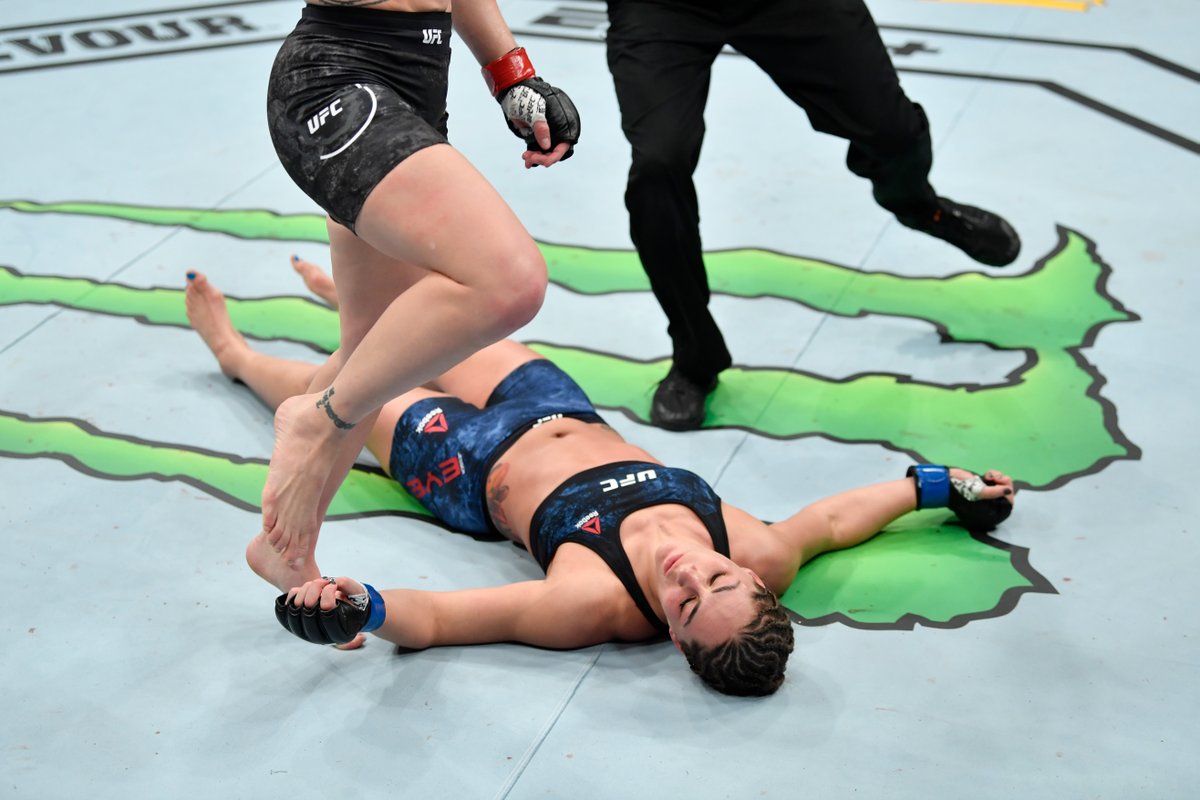 At the opening round, Shevchenko was pressured early by Eye, but Valentina was having none of it as she hits a kick to the liver. Shevchenko then slams Jessica down with a trip. The fight then goes to the ground where not much is happening there and there are some chants of early boos, then at the end of the round, Eye has been taken down by Shevchenko and is almost submitted by an inverted triangle, but she narrowly escapes it. 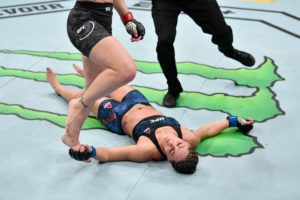 As the second round begins, Jessica Eye eats a huge liver kick and then a high head kick brutally knocks her out in 00:26 seconds of round 2.

Here is how Twitter reacted to the devastating knockout:

Valentina Shevchenko just knocked Jessica Eye out cold with a left head kick. My goodness. The sound that made was crazy. https://t.co/jlim3Uu3iP

Can't wait to see Valentina's head kick knockout get out-ranked in ESPN's Top 10 by some guy on the Twins legging out a triple. #UFC238

Go back and watch that fight again and pay attention to Valentina's reaction time. It is so fast and she doesn't watch her kicks. Her eyes stayed on Eye's chin the whole fight. That's high level standup.

This murderer is now dancing after separating a woman’s body from her spirit a few minutes ago. Valentina Shevchenko is something else. And I love it. #UFC238

Eye is still lying on the mat.

Jessica Eye must have gotten that bulletproof vest off a sketchy chinese website. #UFC238

Jessica Eye rebooted slower than a 1995 Macintosh with a virus. #UFC238

Valentina Shevchenko just KO’d Jessica Eye with a head kick in the 2nd. Eye is still out.

Jessica Eye still has not moved at all. This is scary. #UFC238

Almost a minute after the fight and Jessica Eye’s legs are still motionless inside the arena. Scary stuff. Valentina is an animal. #ufc #ufc238