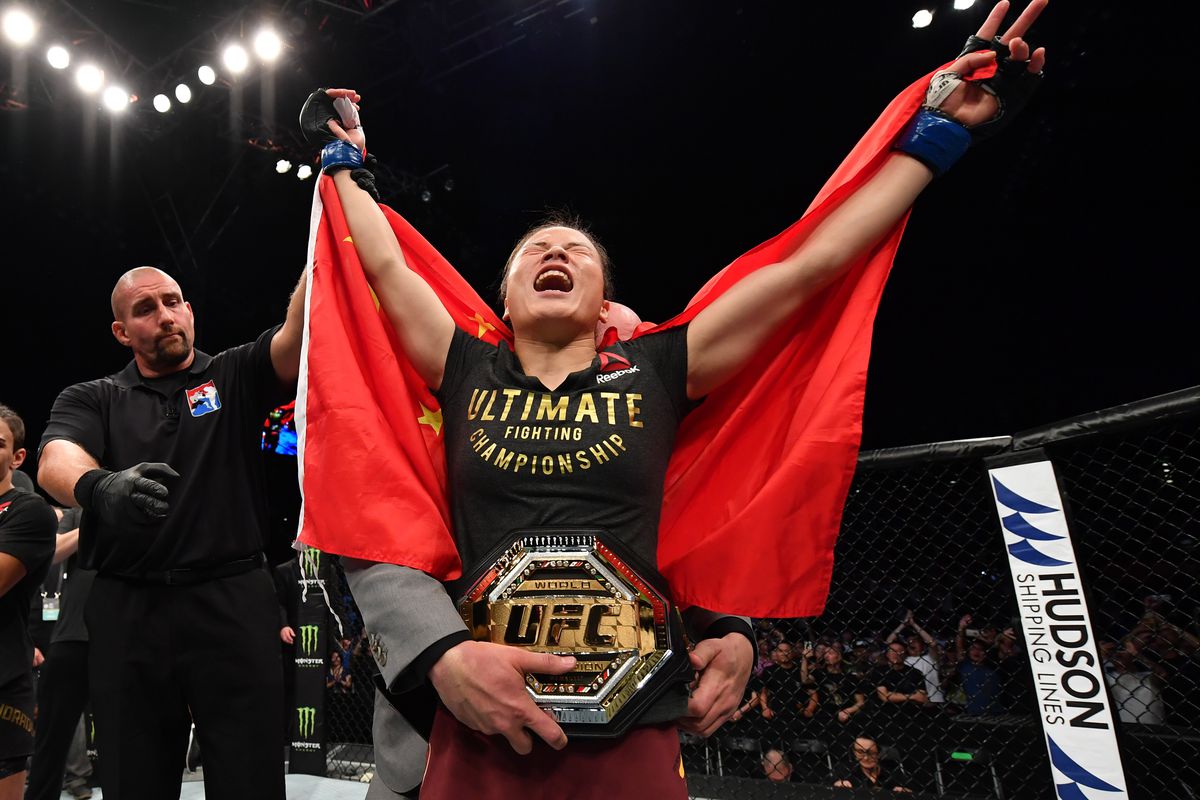 Weili Zhang created history by becoming the first-ever Chinese UFC champion. The 30-year old knocked out reigning UFC strawweight champion in the first round at the Shenzhen Universiade Sports Centre in Shenzhen, China.

Andrade had won the title earlier this year at UFC 237 when she knocked out Rose Namajunas in the second round. She was riding on a four-fight winning streak before losing her title to Zhang tonight. Weili Zhang, on the other hand, was on a three-fight winning streak in the UFC after making her promotional debut last year. Previously she had won nineteen straight fights. 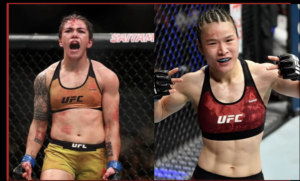 Here’s how twitter reacted to Zhang’s victory over Andrade:

Can’t overstate this enough: this absolutely massive for the UFC. Zhang is about to become a huge star. They finally found the Chinese champ, and she is no token champ. That’s her 20th win in a row.

Money. I feel like this will be replayed a lot. pic.twitter.com/CB2FLTDbyn

This woman is something else. pic.twitter.com/7t9wzTXOGY

Zhang vs. Suarez is the fight to make

Fuck what a destruction #UFCShenzhen

Just an incredible performance from Weili Zhang. What an amazing moment in history 👏🏻👏🏻#UFCShenzhen https://t.co/haOl9JTujS

I watched this girl live and immediately knew she would be champion , she got it all and more !!👏🏻👏🏻👏🏻Congrats to all of China on their new Champion … incredible

Dana White thinking about having a champion from a country with 1 billion people in it. #UFCShenzhen pic.twitter.com/vMsL0KGFj3

next time Dana White asks a champion to defend the title in their opponents back yard #UFCShenzhen pic.twitter.com/NiXRCrZmSz

SHE. FUCKED. HER. UP. HOLY SHIT #UFCShenzhen

Holy fucking shit on my balls! AND NEWWWWW! WEILI ZHANG!#UFCShenzhen