Tyron Woodley brings in Masvidal to prepare for Covington fight 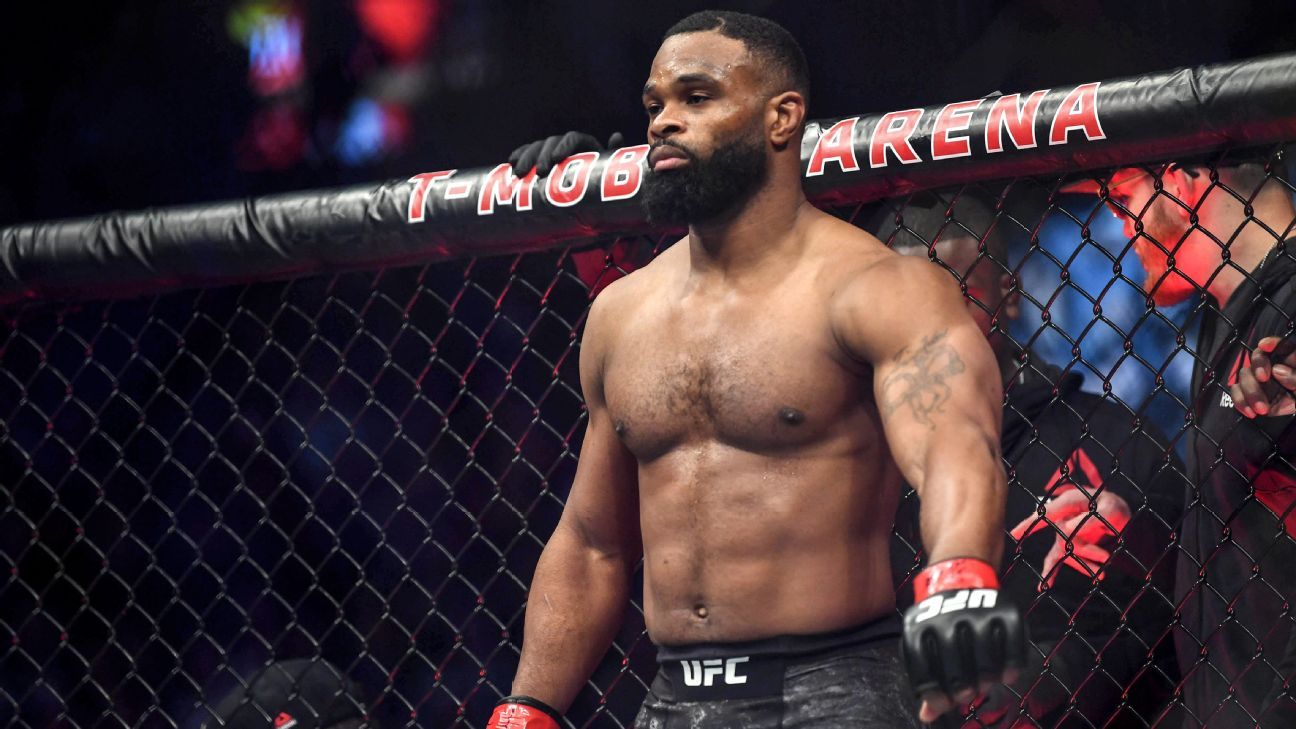 Jorge Masvidal recently shared a video that shows he is with Tyron Woodley to help him prepare for Colby Covington’s fight.

The baddest MF in the game Jorge Masvidal is helping out Tyron Woodley ahead of his bout with Covington, which is set to take place on Sept. 19 in Las Vegas, Nevada. Masvidal was a great friend of Covington a long time ago but now both have become bitter enemies of each other.

Masvidal has trained with Covington for a long time and now is looking to help his opponent Woodley with some insides of Colby’s game. Even Woodley used to train at American Top Team alongside Masvidal and Covington, but in recent years as all of them compete in the same weight class generated a feud among each other yet Masvidal has decided to train with Woodley for his next fight.

"The enemy of my enemy is my friend." 🤫@TWooodley with an INTERESTING training partner before #UFCVegas11. pic.twitter.com/xMaA9gXPTC

Jorge Masvidal: “Just in case you have been wondering about the rumors and stuff, they are motherf*****g true. We are at it again.”

Tyron Woodley: “I’ll beat your a*s again. We are at ATT Evolution, squadding up, getting some work in. You curious motherf*****s that want to know, you were right.”

Who wins between Covington and Woodley?

Woodley and Covington have had a rivalry for quite some time so this is a huge fight. Many wanted the fight to take place while Woodley was the champion, but unfortunately, it did not take place during Woodley’s championship reign.

The bad blood is boiling between Covington and these two Welterweight talents. Woodley has been in discussion to fight Covington for a very long time which has resulted in this bitter rivalry and verbal warfare. Each man has accused the other of ducking the match up several times, but since the match is official now we’re just a couple weeks away from this highly anticipated fight between former teammates.

Masvidal was once a close friend and training partner of Colby. The two were roommates for years but now, they’re heated enemies, as Covington has left American Top Team only because of all the trash talk towards his teammates.

Tyron is currently riding a two-fight losing streak. In his last fight, he suffered a decision loss to Gilbert Burns in May in his first fight in over a year after losing a decision to Kamaru Usman to lose the welterweight belt. While Covington is coming off a fifth-round TKO loss to Kamaru Usman at UFC 245 for the welterweight title in of the all-time classic championship fights. Even a rematch between Jorge Masvidal and Nate Diaz is currently being discussed, but no formal offer has been made to the fighters, and contracts haven’t been issued or signed at this time.

So a lot is going in the stacked UFC Welterweight division and there are lots of fights that fans are looking forward too.