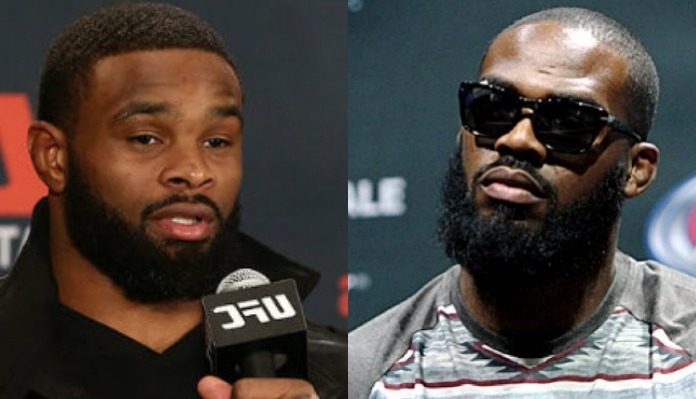 Jon Jones and trouble go hand in hand and it has been true for the most part of his career. The current UFC light heavyweight champion has had numerous run-ins with the law.

However, his most recent being his involvement with alleged assault of a strip club waitress where he had a warrant out for his arrest in Albuquerque while he was fighting at UFC 239 in Las Vegas, Nevada. 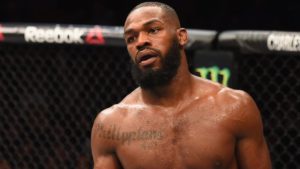 However former UFC welterweight champion of the world Tyron Woodley believes that Jones has been treated unfairly by the fans when compared with former lightweight and featherweight champ Conor McGregor.

“We gonna act like Conor doesn’t do that every week? And we still want to put him on every fight card; he’s the biggest star. The second Jon Jones does something…” Woodley said on The Hollywood Beatdown (via MMA News). “I’m defending the fact that we selectively throw people under the bus. Conor has done way worse things than Jon, and he’s glorified and praised as some Scarface of our sport. So I’m not gonna be too hard on Jon (when) I don’t even know the details.”

“I’m not gonna give him a pass, either, because it ain’t my job to give the pass out,” Woodley clarified. “All I’m saying is this: Let’s get all the details first, but let’s not forget there’s a lot of bullshit that go on in our sport that we glorify.”

Do you guys agree with Tyron Woodley?