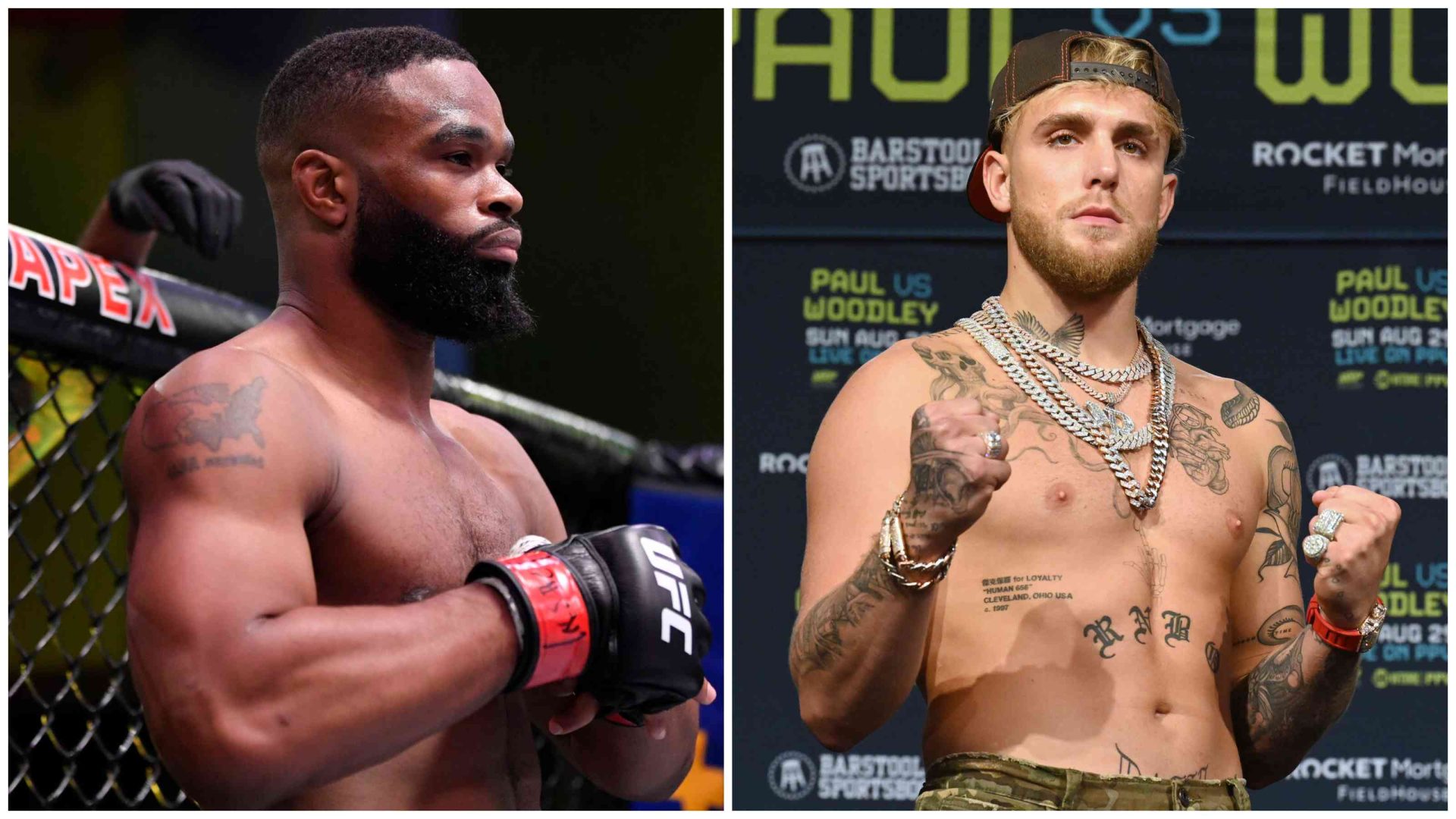 While it wasn’t supposed to be a rematch at first, circumstances led this 18th December to be marked as a second encounter between YouTuber turned boxer Jake Paul and former UFC welterweight champion Tyron Woodley. Their first encounter ended in a loss for Woodley, but the mixed martial artist is ready to avenge his loss in his second even pro boxing match this weekend.

The rematch, set to take place this Saturday at the Amalie Arena in Tampa, Florida, was originally going to feature Tommy Fury, the younger brother of WBC heavyweight world champion Tyson Fury, going up against Paul. However, after Fury pulled out of the fight due to illness, Woodley stepped in as a replacement and the bout became a rematch between the two.

It is understandable that the loss hit Woodley hard, as in a recent virtual conference call, the 39-year-old revealed that while seeing Paul talking about the win makes him agitated, Woodley is ready to prove that he is still the better one.

“Very few times you get a chance to go back and redo something,” said Woodley. “Sometimes, you sit back and live in regret, like ‘Dang, man, I thought I won the fight. I could’ve did this a little different.”

“Now I get the opportunity to go back and undo something that was done to me. That’s something that drives me even without any additional money, any sold out crowd or whatever. The fact that Jake Paul can walk around and say he beat me just f—–’ boils my skin, my blood, everything inside my body. I’m just trying to go out there and make it clear that I’m the better fighter, the better puncher, the real athlete.”

Paul and Woodley traded blows for the first time back on 28th August at the Rocket Mortgage FieldHouse in Cleveland, Ohio. Paul picked up a split decision victory, with two of the three judges scoring the celebrity boxer 77–75 and 78–74, while the third judge scored the bout 77–75 in favour of Woodley.

While Woodley feels that he was the one who won the fight, he will be aiming for a KO on Paul this Saturday.

“Look, I feel like I won the fight anyway. I watched it back for the first time (on Wednesday). I feel like I won rounds four through eight. That’s five rounds I won out of eight rounds. I don’t understand how I could outland him in rounds four, five, six, seven and eight and still not win the fight. Even the fourth round that should have counted as a 10-8 round. Add those little tweaks, put in more volume and you’ll see me get the knockout (on December 18),” added Woodley. [H/T Boxingscene.com]

Who do you think will win the rematch? Let us know in the comments.