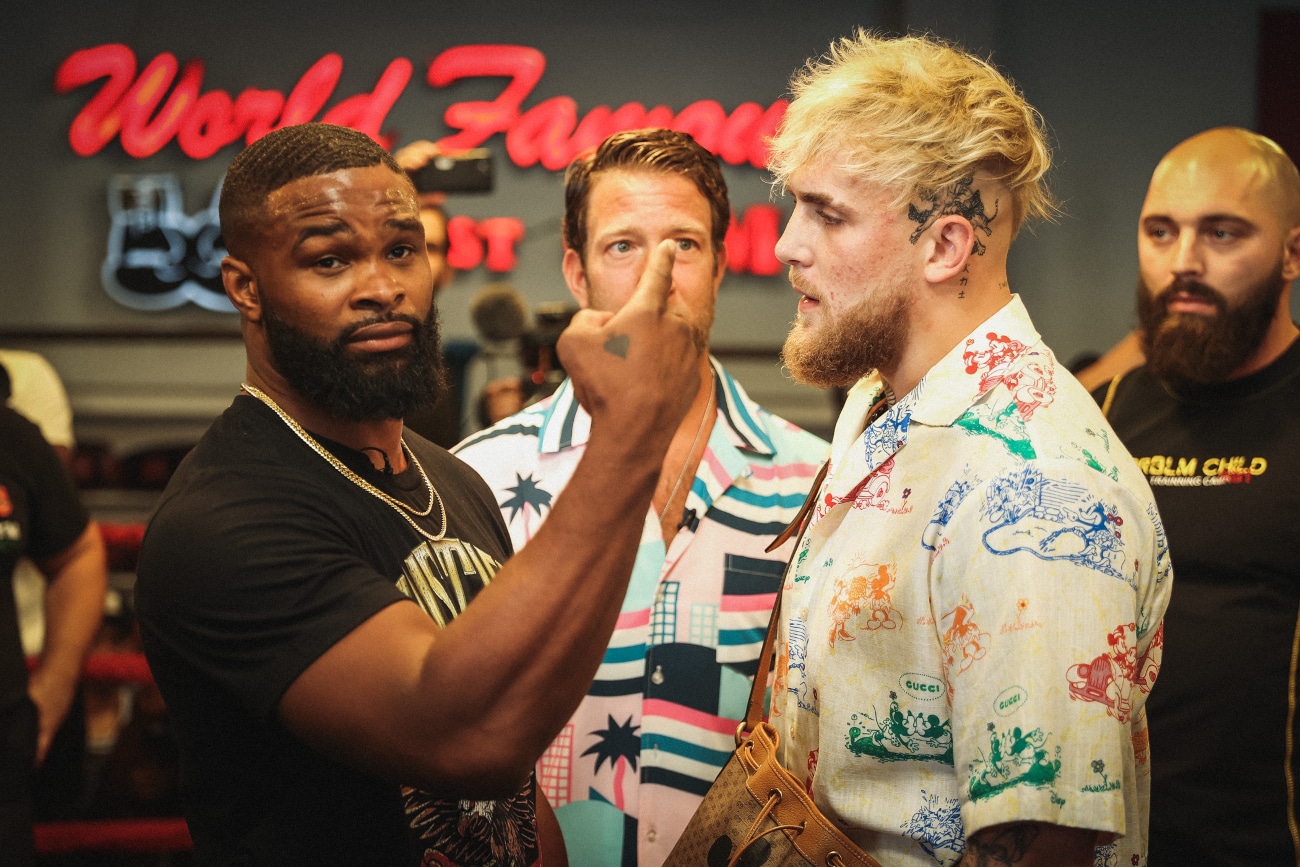 Former UFC welterweight champion Tyron Woodley has issued a stern warning for his opponent Jake Paul whom he is going to face in a boxing match. 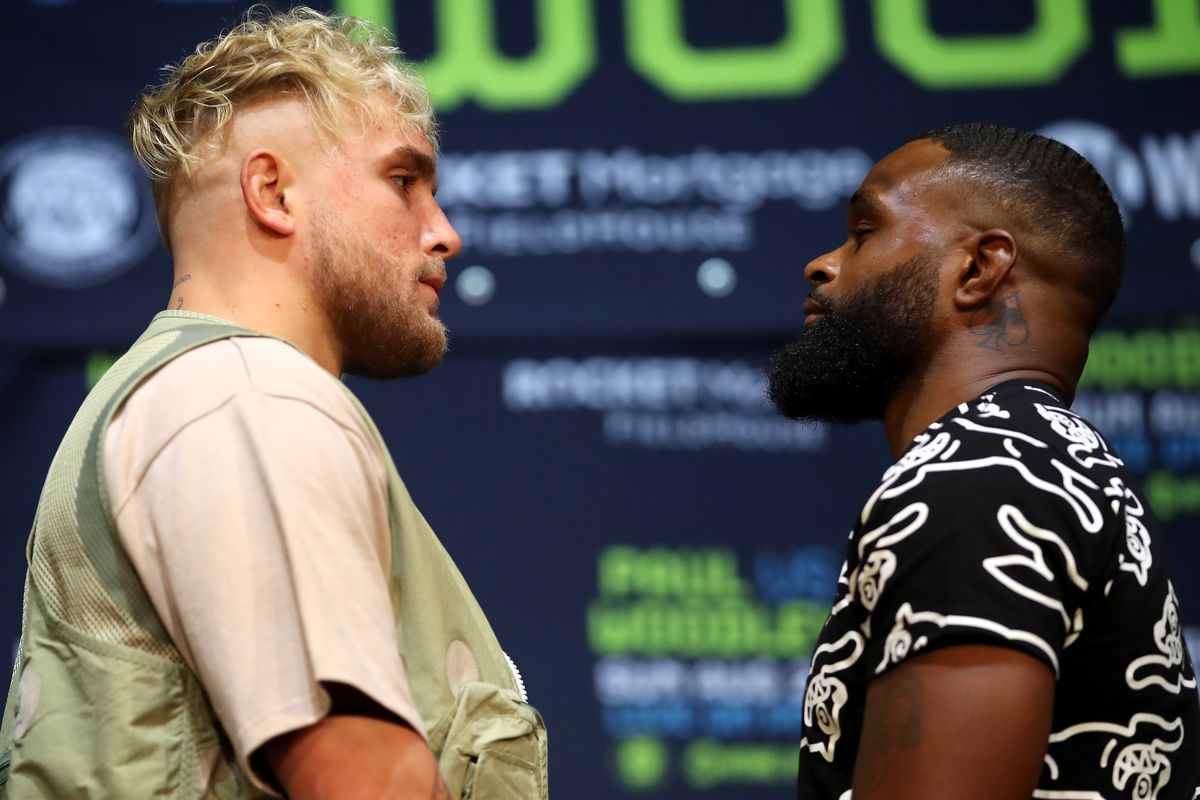 Former UFC champ Tyron Woodley will be participating in a boxing contest against the celebrity boxer Jake Paul. Paul vs. Woodley takes place on 29th August at Rocket Mortgage FieldHouse in Cleveland, airing on Showtime pay-per-view. The pair has been socially active and taking shots at each other on several occasions. The dispute between the duo first started during the boxing match between Jake Paul and Tyron Woodley’s friend Ben Askren. The duo got engaged in a quarrel backstage during the event. Now just a few days away from the actual battle Tyron Woodley has issued a warning for Paul. 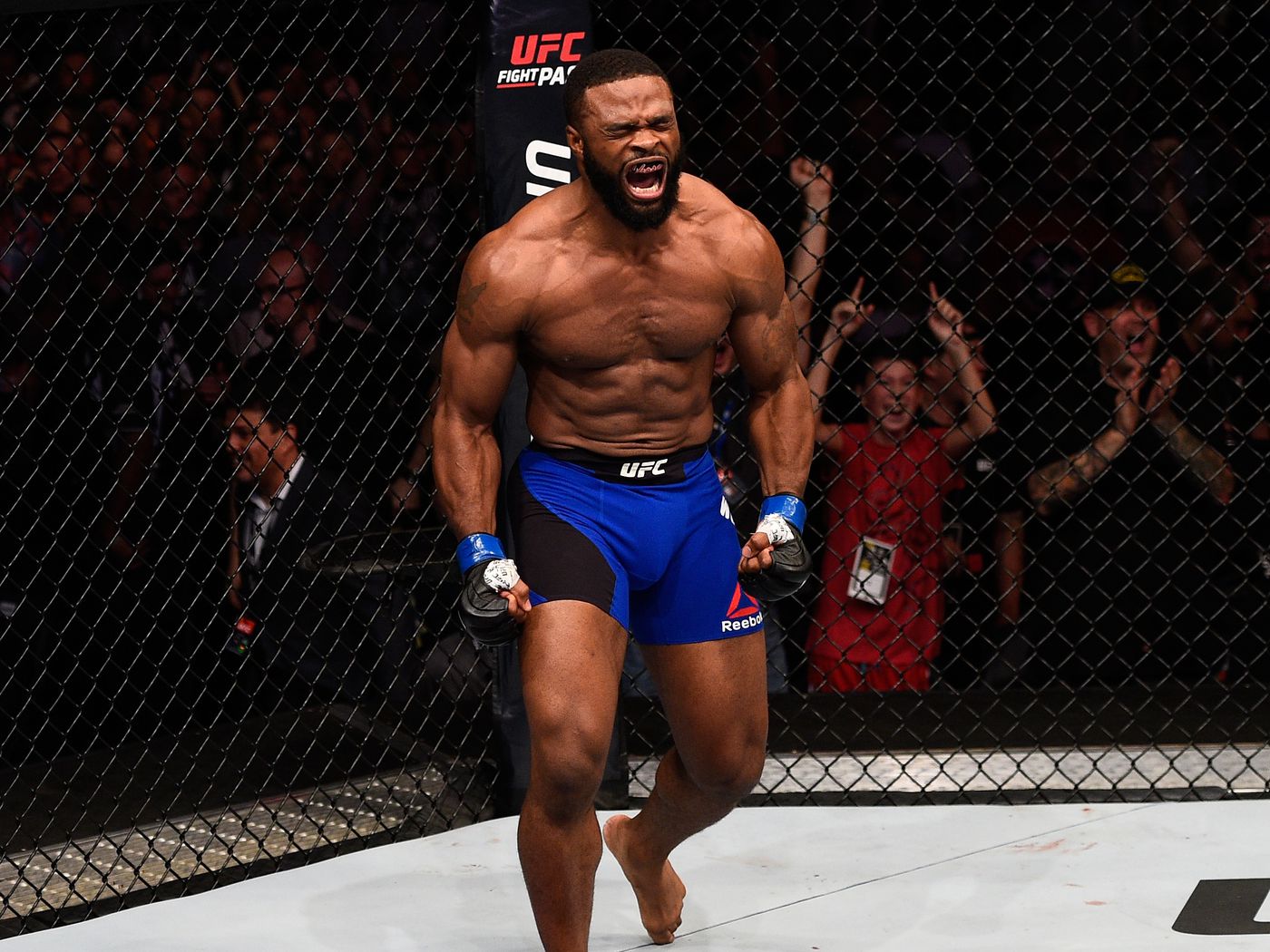 “I’m just glad to be a part of it, but I’m not only here to participate,” a fired-up Woodley said Monday on The MMA Hour. “I’m here to f*cking take over. And you’re going to see Jake Paul get hurt in a way you’d never imagine. He may not want to do this again after this.”

“I just can’t wait to play the spoiler,” Woodley said. “I remember this when I was fighting Rory MacDonald [at UFC 174]. I was fighting Rory MacDonald in Vancouver, it was his hometown, and I was doing all of the Embeddeds, all of the videos, all of the promos. I had all these crazy sponsors, and I spent so much time and energy running around [doing all of it]. He wouldn’t do any interviews, he wouldn’t let anybody into his hotel room. He was locked in and he was focused. And even when the news came that actually this fight is not the No. 1 contendership fight anymore, he still remained focused.” 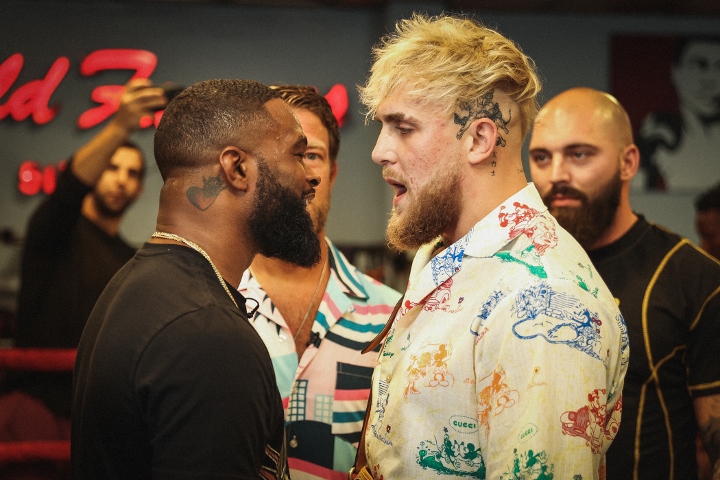 “That reminds me of the younger version of Tyron Woodley — what Jake Paul is doing. All of the down-the-road looking at other fighters, all of the setting up the Furys to fight on this card, and ‘if then, if what’s about this,’ and doing all of the additional media and all of the additional bullsh*t. I’m just going to sit there and smile because I did it once. But I wisened up now as an OG, to know that I’m representing MMA, but I’m representing the OGs for real. Not the older guys, but the real people who really stand for something, that really have been around the block a couple times and they’ve got war wounds to prove it.”

What do you guys think of this boxing match between Tyron Woodley and Jake Paul?