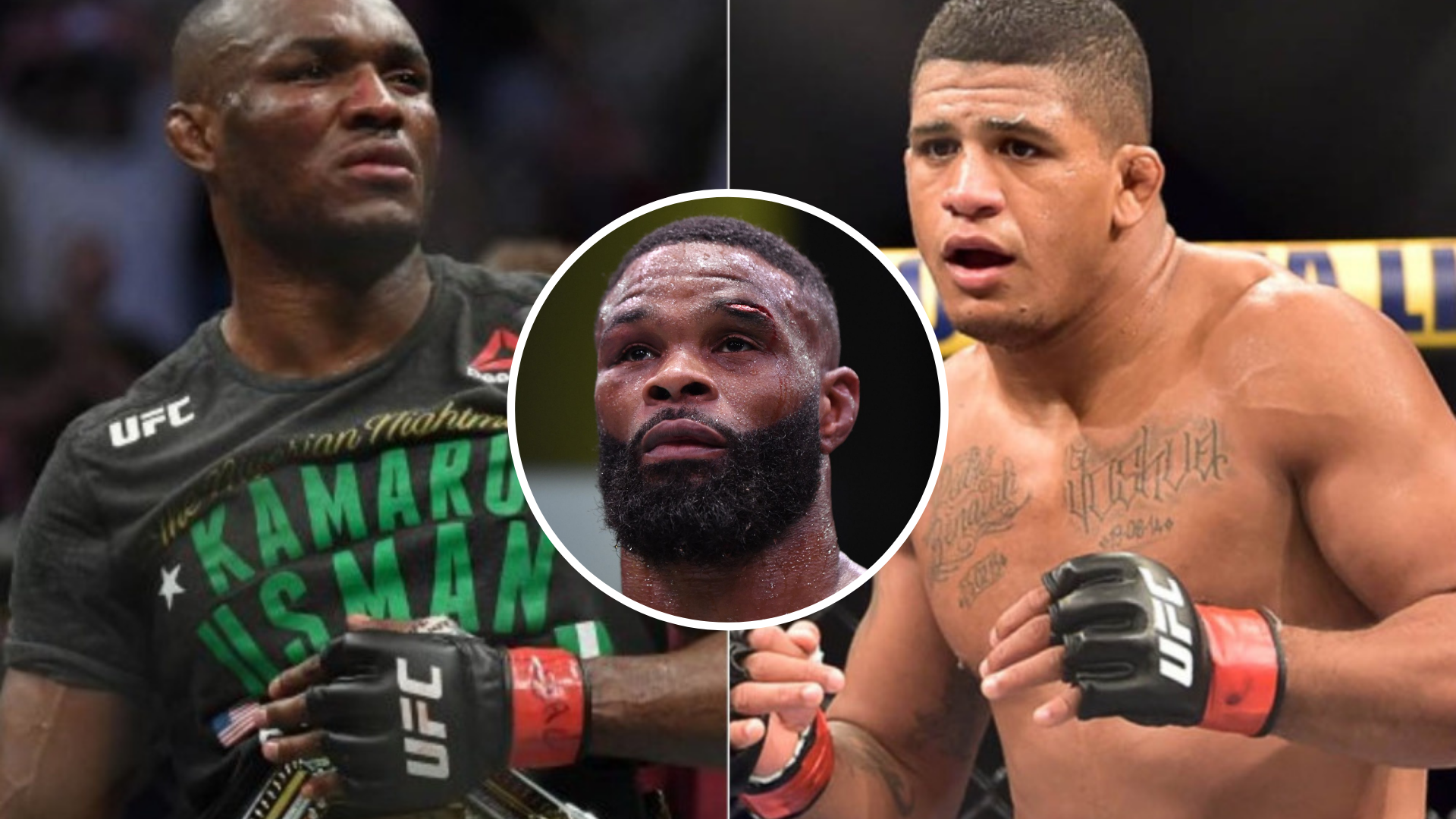 Former UFC welterweight champion Tyron Woodley has made his prediction for the upcoming title fight between Kamaru Usman and Gilbert Burns at UFC 258. 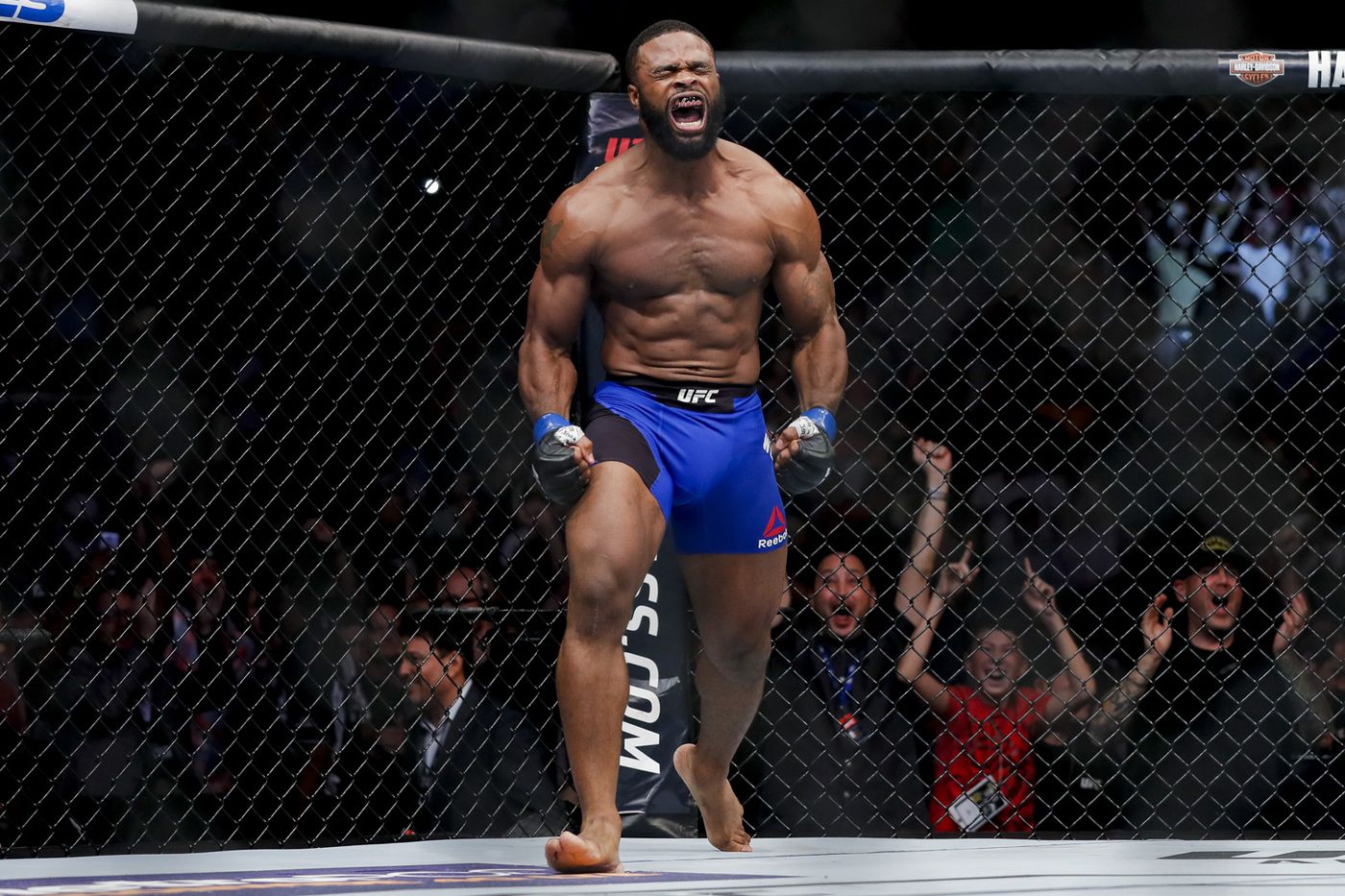 Despite being one of the least marketed PPV events of the last few months, Tyron Woodley believes the UFC is pushing Kamaru Usman too hard ahead of his welterweight title defense against Gilbert Burns at UFC 258, comparing the reigning champion to the likes of Ronda Rousey, Conor McGregor, and Paige VanZant and all of them eventually failed to live up to expectations. 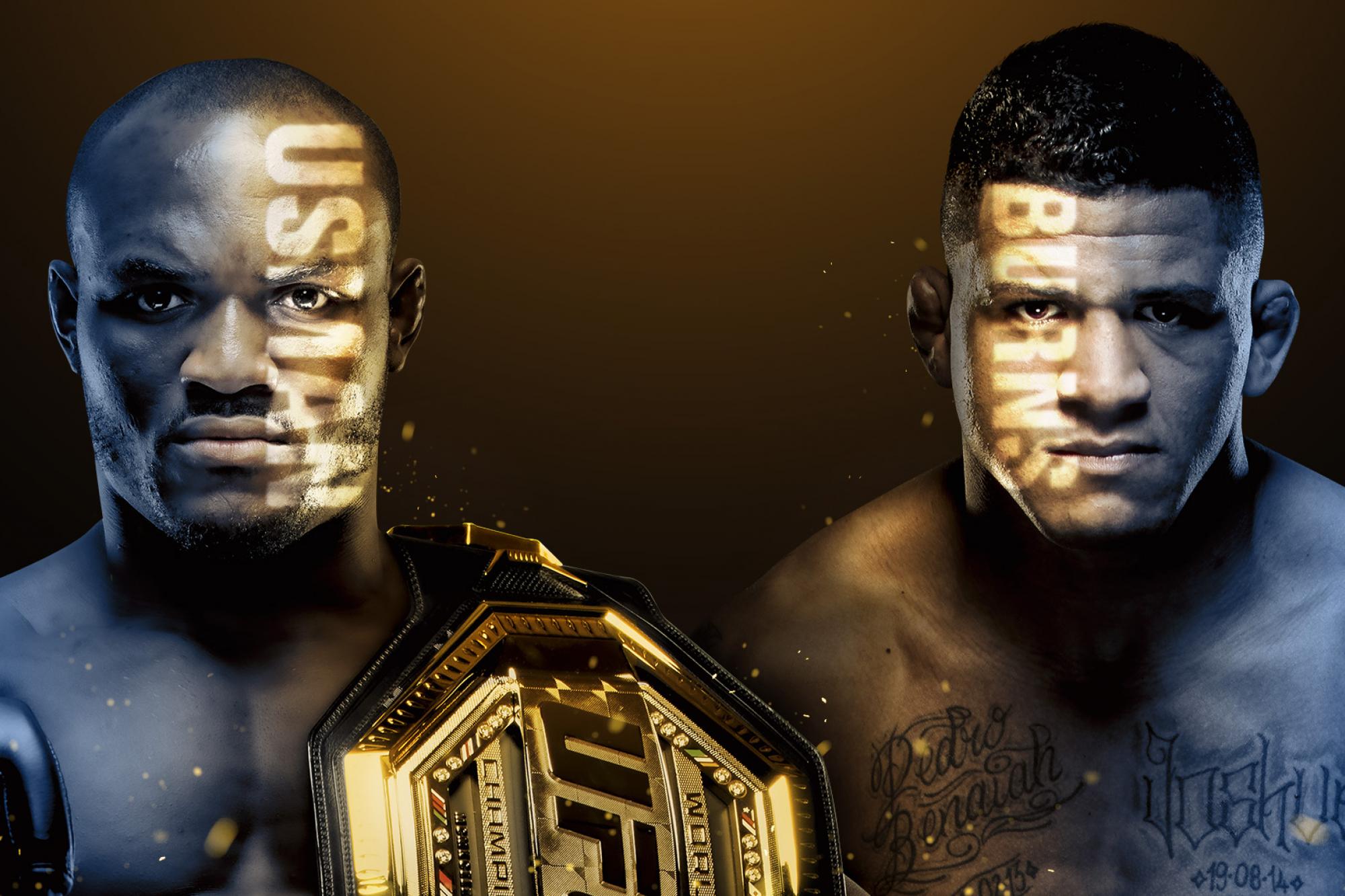 Usman, the UFC welterweight champion, is slated to defend his title against Burns in the main event of UFC 258 this weekend. The bout is plenty alluring on paper but has amplified appeal given that Usman and Burns spent many years training together at Sanford MMA and are therefore very familiar with one another. Woodley has fought both men. He met Usman in March of 2019, losing a unanimous decision and surrendering the UFC welterweight title as a result. He met Burns in his next fight thereafter, once again losing a unanimous decision and failing to rebound from his loss to Usman. Having spent five rounds in the cage with both Usman and Burns, Woodley is well positioned to analyze the pair’s imminent fight at UFC 258.

In an interview with MMA Island Woodley talked about the fight and also criticized UFC for pushing Usman too hard than they should have.

“You know what’s funny? I think if Usman loses, he will get a rematch,” Woodley, told MMA Island (h/t Low Kick MMA) in a recent interview.

“[The UFC is] trying their hardest to push him. No disrespect to Usman, he’s a good guy. You can spend so much money trying to force a star on us and it ain’t happening. Right now I feel like it’s being forced,” he said.

Woodley has lost to both Usman and Burns and thus has a somewhat unique insight into Saturday’s main event.

‘T-Wood’ is picking Burns for the upset because he believes ‘Durinho’ is simply the more well-rounded fighter with the sharper toolset, possessing a competitive edge in striking and grappling. 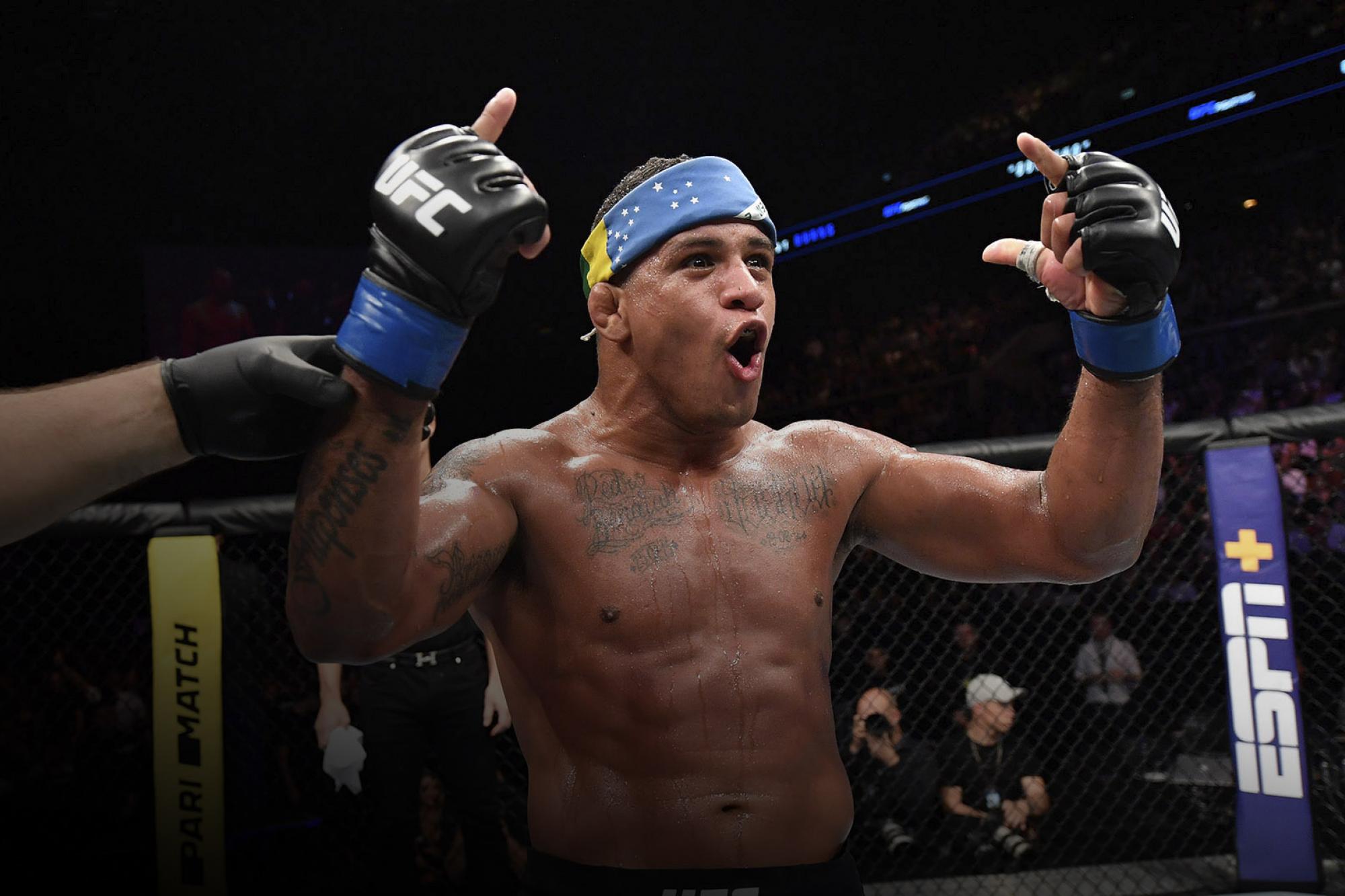 “Gilbert is tough. He’s a better grappler. He’s a harder puncher. I don’t think Usman was winning the ground wars against Gilbert in the practice room,” Woodley said. “When you got a guy who knows that, he can strike a little bit more efficiently because even if you take him down you know he got a leg lock game. If you take him down, you take his back, armbar, rear-naked choke, he’s very high level. Usman has to think about that at all times. I think Gilbert is going to come after him hard. He got this chance to be a champion. I think it’s a good fight.” 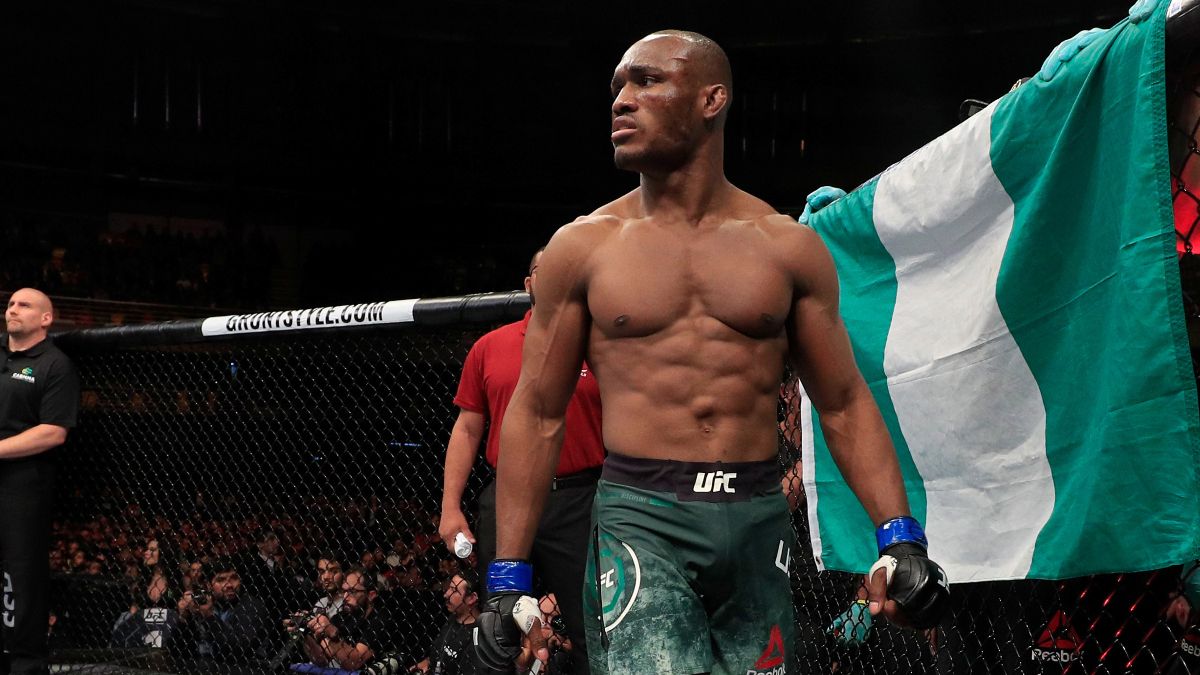 “Usman is very consistent, especially with making changes. He’ll go for a strike in and you know in the Colby [Covington] he didn’t have to go away from the straight punches. He had to go for a shot. In other fights like against Leon Edwards, he had to go for a shot to settle up to be successful in striking which took him back to the shot. Before you knew it, the time expired and Leon ran out of time trying to win the fight. If I had to say Usman was great in anything, he’s great at that.”

Previous articleDominick Reyes to fight Jiri Prochazka on May 1
Next articleStephen Thompson ready to fight Leon Edwards on March 13, as Khamzat Chimaev pulls out