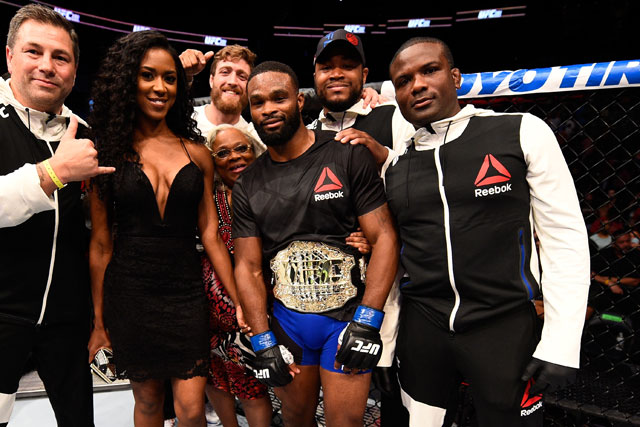 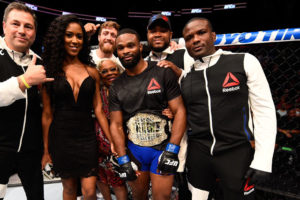 But according to Din Thomas, who is Woodley’s coach has said that in an interview to BJPenn.com that Colby Covington deserves a title shot over Usman.

“Colby does deserve the title shot. Tyron had to eat it for two years, Colby’s been poking him with a stick for two years and he’s earned it, and we recognize that. Colby beat everyone in front of him, he won the interim belt and said what he said so Tyron was ready for him but then Usman came along. Usman in his own way earned the right to fight Tyron but we felt he should’ve gotten in line. At the end of the day, it doesn’t matter to Tyron.”

Do you guys agree with Din Thomas’ assessment about Covington deserving the title shot?

NFL player Derek Carr wants to fight Max Kellerman – and Dana White to start a promotion that allows it!