Tyron Woodley predicts his next fight would be against Georges St. Pierre 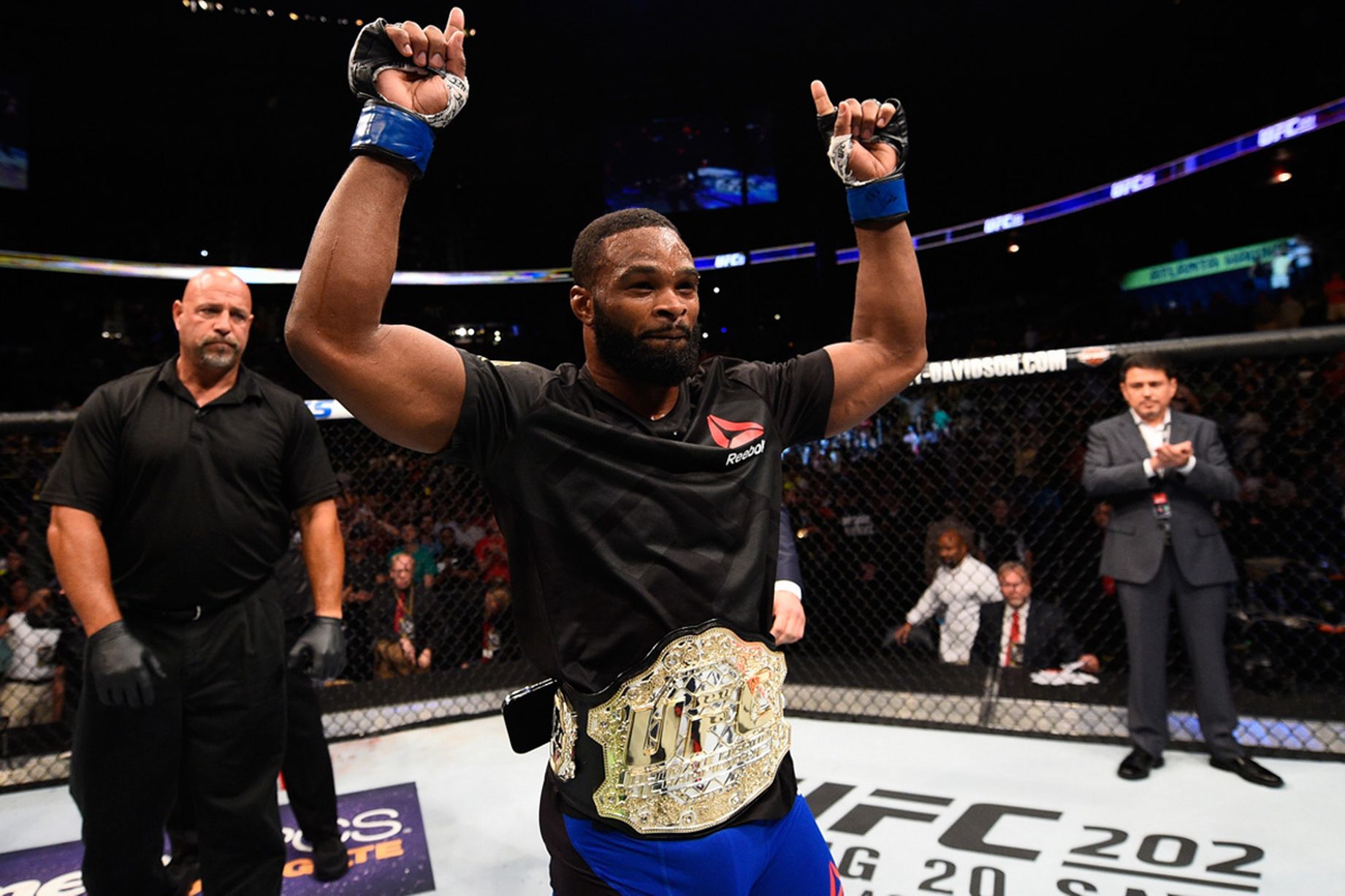 The welterweight division is currently stacked with hungry talents like Colby Covington, Robbie Lawler, and Rafael dos Anjos who all think they deserve a title shot. But the champion Tyron Woodley has bigger plans.

T-Wood has predicted a fight with former longtime reigning welterweight champion Georges St. Pierre on his return from a shoulder injury. He is been campaigning for a super fight with legend for quite some time now. GSP on the other hand, had opted for a much more profiting option of fighting Michael Bisping for the middleweight title and thus, making history on becoming the fourth ever two-division UFC champion.

“I’d say that’s my big prediction for 2018. Big prediction for me is I fight Georges St-Pierre on my first fight back. Georges, my shoulder is sore. I can’t even punch. Georges, I can’t even punch. I can’t punch. Georges, it’s hard to sleep. Georges, if you want to fight me brother, this is the time. If you want to get me Georges, it’s right now. He’s a G. He would exit the sport and nobody would give him that much stuff for losing to me,” Woodley mocked GSP on Joe Rogan’s podcast indicating that the only time he could be beaten by the Canadian is now when he is injured.

The current UFC Welterweight champion is one of the most explosive athletes in the cage with deadly knockout power which he showcased in his fight against former champion Robbie Lawler. Moreover, GSP has never faced an opponent as deadly as Woodley. This said, many have felt that he has been avoiding the American. But on the other hand he has vacated the 185 pounds title and may drop down to 170 pounds.

“You think Georges (St-Pierre) wants to fight me? You think Georges wants to fight me? Georges had the chance to fight me before Bisping. He chose to fight Bisping. It was definitely a better fight, because if would have came back against me looking like that, Georges would have been right back in retirement. He did not look great. Bisping did not look great. One thing that helped Georges in that fight was his experience. He loosened up. He was a little uptight. He hadn’t been in the Octagon in what, 4 years almost?”

The fighting career of GSP isn’t going to last very long as he has stated before that his 40th birthday would be spent in his retirement. This said, the only fight left for him is the Woodley fight, as he has shunned down an idea of fighting Conor McGregor.

This could be the ‘Rush’s greatest test of his endurance in the cage as fighting Woodley won’t be an easy task. However, this fight would be an exciting one to watch. The match would be a huge success if this fight takes place in the hometown of the Canadian.

Previous article
UFC to make history as the first ever UFC event in Russia has been booked (allegedly)
Next article
Sad news for the Australians: Robert Whittaker pulls out of UFC 221 citing injury; Rockhold will fight Yoel Romero for Interim title.