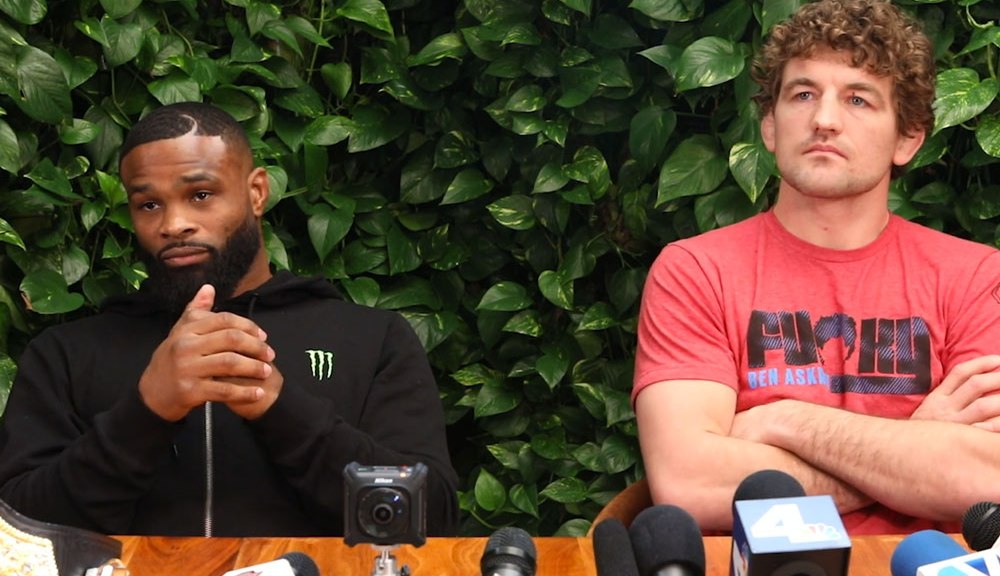 The former Bellator MMA and ONE FC welterweight champion Ben Askren came into the UFC with a lot of hype and an undefeated record behind him. However, two fights into his UFC career, things are not going quite as planned for him. He lost his undefeated record and was brutally knocked out in his latest fight against Jorge Masvidal at UFC 239. His close friend, training partner, and the former UFC welterweight champion Tyron Woodley has now broken his silence on what Askren’s psychological state is like after defeat and how he will take his defeat at UFC 239. 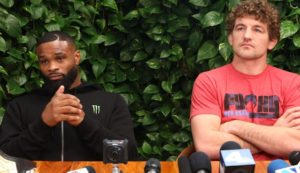 Woodley revealed to ESPN that Askren a is a competitor, who just trusted his instincts and ducked his head and was looking for a shot. Here’s what he had to say:

I talked to him a little bit. He’s a competitor. I just checked on him, made sure his health was good and gave him his space. We’ve all got to deal with lessons our own way. If you don’t learn anything from it, it becomes a loss. I can’t help him learn the lessons that he needs to learn from that. I think it’s gonna take him having to feel a little bit bad, looking at the mirror like, ‘Damn, this (expletive) is reality,’ and whatever lesson he gets from it, I think it will make him a better man and a better fighter.