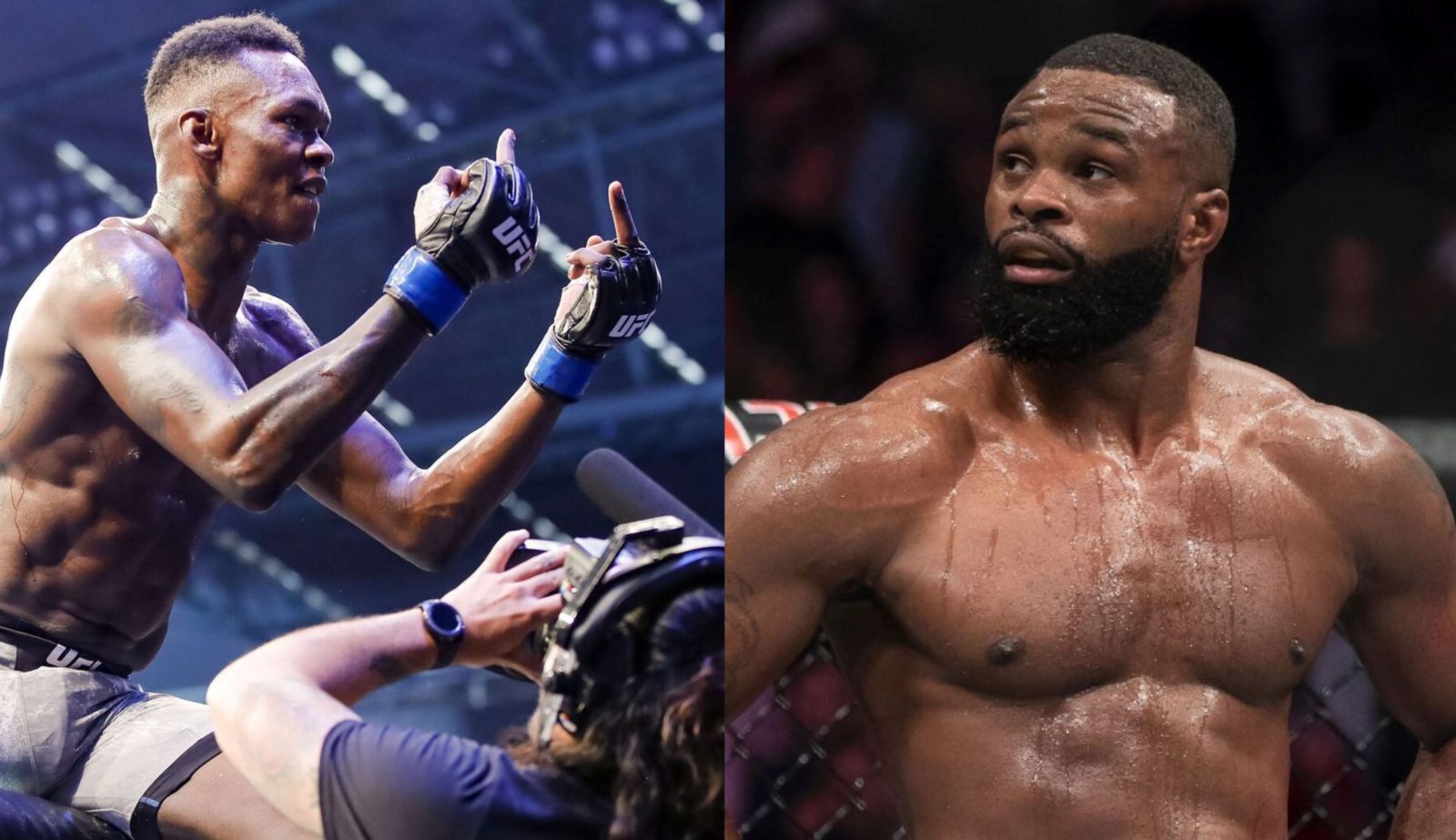 He has accomplished almost  everything a fighter can. Woodley ran through one of the best welterweights in the world in Robbie Lawler to win the title. He then compiled an impressive four-fight title defense streak. Before Kamaru Usman halting it, he was in the coversation for the best welterweights of all time alongside Georges St-Pierre. That being said, ‘The Chosen one’ wants to follow the similar path.

Speaking on an Instagram live session recently, he still wishes to ‘wipe out’ the welterweight division. However after that, he has his sights set on middleweight champ Israel Adesanya. 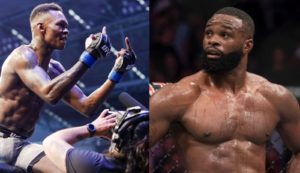 “I’ve got to clean up the (welterweight) division. Three or four fights in the welterweight division, and when I feel like I can comfortably say that I’ve wiped everybody out, then I want to go up there and see what Izzy is about.

“I’m going straight for the belt (if I move up), whoever its at. I ain’t going up to play games. I’m already a five-time world champion.”

He claims to have spotted a vulnerability pertaining to Adesanya’s recent title defense against Yoel Romero. Even though Adesanya was able to get the job done, the fight was criticized to be extremely uneventful. Woodley believes Adesanya is ‘scared’ to pull the trigger against powerful guys like himself and Romero.

“I don’t think he’s as dope as everybody is saying,” Woodley said. “I think he’s great, but everyone is making him out like he’s some phenomenon. I’ve seen some exposure in the Gastelum fight — somebody I walked through. I’ve seen some exposure in the Yoel Romero fight, he’s scared of guys with power. One thing that Yoel and I have in common — not the same — is power, explosiveness. It didn’t seem like he was trying to deal with that at all.”

‘The Last Stylebender’ has the last laugh!

Lol see me see trouble…whala just dey find me anyhow.@TWooodley can’t even deal with one Nigerian Nightmare @USMAN84kg when he was at 30%.
Oboy sit down before I lash your nyash well well 😂

Woodley has not competed since losing his welterweight title at UFC 235.