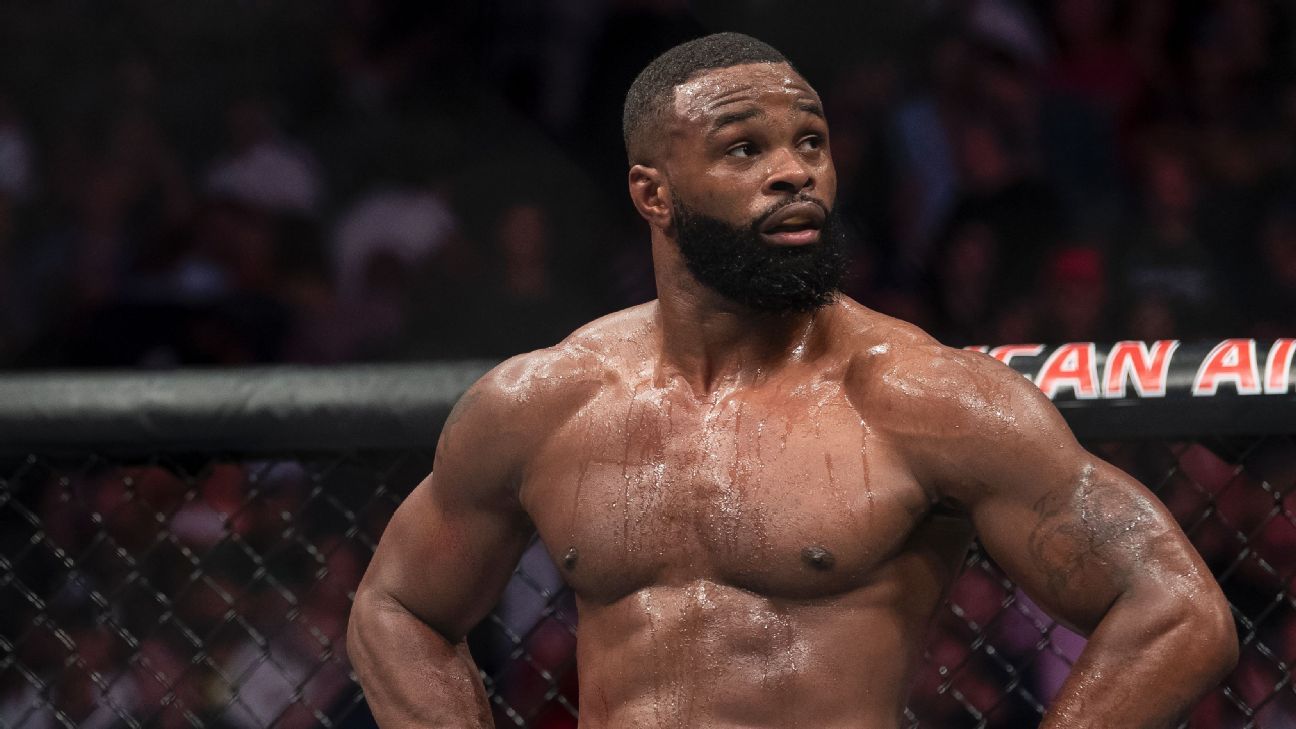 Former UFC champions Tyron Woodley and Robbie Lawler were all set to collide in a rematch at UFC on ESPN 4 in Minnesota, but Woodley pulled out of the fight following a hand injury.

Woodley who lost his UFC welterweight title to Kamaru Usman back at UFC 235 in March revealed that he has chronic arthritis in his joints that forced him to pull out of the highly anticipated welterweight clash. 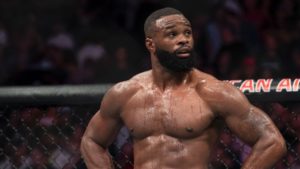 “I have chronic arthritis in my joint right here,” Woodley told TMZ Sports. “There are three joints that enable me to grab and grip. One has chronic arthritis and this one has severe arthritis. There are a few different ways to heal and fix the problem permanently but it’s something you wouldn’t do if you were still active, because it limits your range of motion and grip.

“The temporary fix is to rehab it, get it stronger, get the flexibility to start to grab and grip, then 10 days before the fight let’s try to do a cortisone shot. So, I have the UFC checking on cities and states that accept and allow you to have cortisone shots.”

But he isn’t done fighting, he said that he is planning to fight the former UFC welterweight champion, Robbie Lawler, very soon. He said that he wants both his hands to be functional when he fights a slugger like Lawler.
“If I’m fighting against somebody who’s a brawler and slugger and trying to get me back for what I did to him— took his belt, took his billion dollar pay-per-view, took the platform that he had — and I can’t throw my money maker that knocked him out of the first round with confidence and I can’t grab, I can’t grip, if posting down really injures my hands, then I have to be real with myself,” Woodley said. “This is the first time in 14 years of fighting that I’ve committed to fighting and I’ve not fought.”
“I’m targeting the August 17 card [at UFC 241] in Anaheim,” Woodley said. “I just want my belt back.”