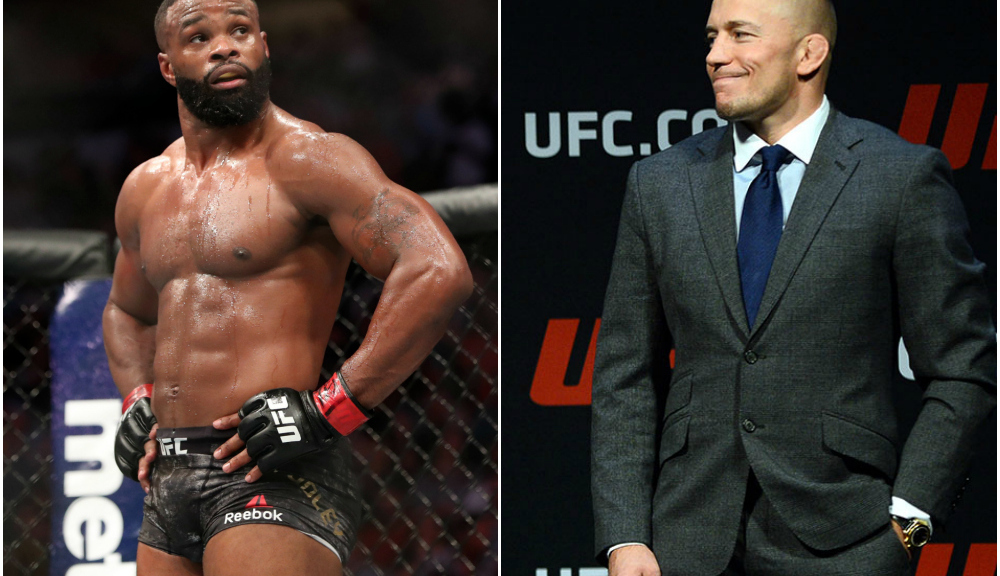 As former two-division UFC champion GSP is set to announce his retirement, current UFC welterweight champion Tyron Woodley has praised the former champion and said that it would be an honour to fight him and he wasn’t talking about the Octagon, but in the gym. 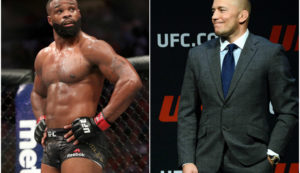 UFC welterweight champion Tyron ‘The Chosen One’ Woodley will defend his title against another top contender in his division Kamaru ‘Nigerian Nightmare’ Usman at the T-Mobile Arena in Las Vegas on 2nd March.

“Just had a vision of calling him out after my next fight @arielhelwani. Congrats to one of the Greatest!,” Woodley wrote in response to a post on the Instagram page of Ariel Helwani. “@georgesstpierre since we will never cross paths in the octagon would love to do so in the gym! Would be an honor. You have had the best run of any fighter to grace the caged canvas!”

This is a fight Tyron Woodley has always wanted ever since he captured the title in 2016 by knocking out Robbie Lawler at UFC 201. He has had four title defences ever since, but the fight never came into fruition. Meanwhile, GSP last fought against Michael Bisping at UFC 217 back in 2017 at the Madison Square Garden in New York.