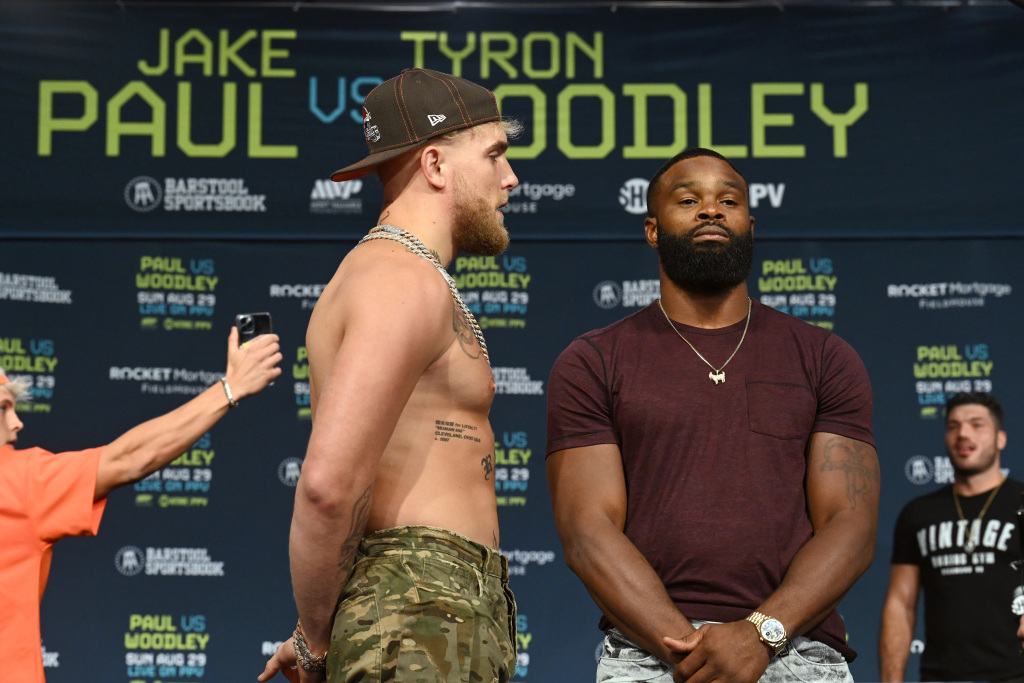 Former UFC welterweight champion Tyron Woodley‘s family and Jake Paul’s team got into a very serious argument ahead of their boxing match on August 29. 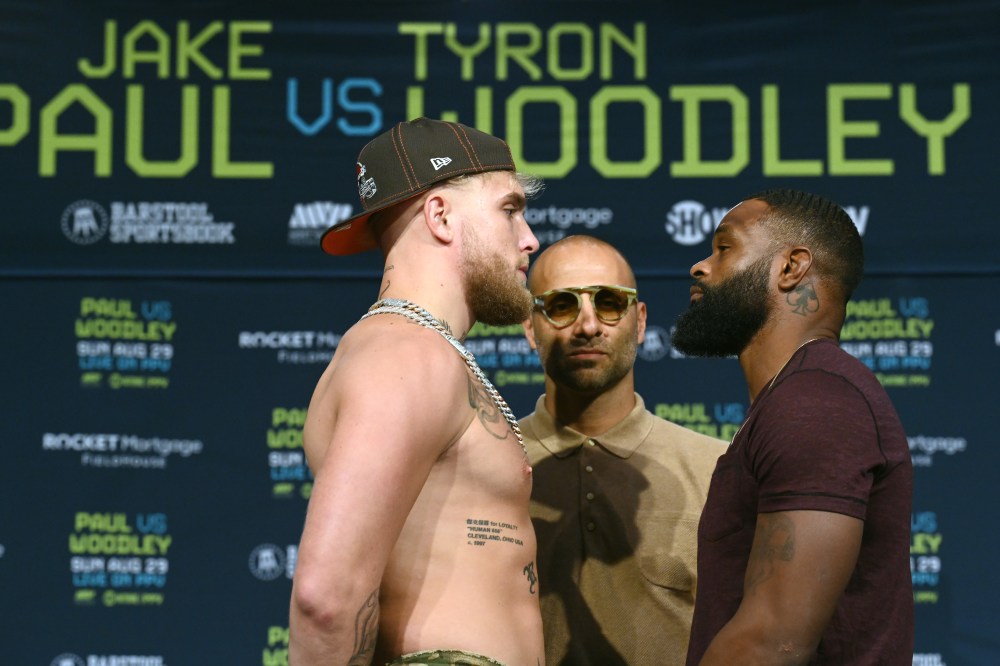 UFC fighter Tyron Woodley will be making his boxing debut against the Youtuber turned professional boxer, Jake Paul. They will face each other in a boxing match at Showtime pay-per-view. During the recent press conference for their fight, things took an ugly turn as a heated argument started between the two parties. Jake Paul’s team member reportedly heckled Tyron’s mother. As soon as Tyron got to know about this he got quite angry and was furiously charging Paul’s team. The security had to get involved and separate the two teams as things might have gone worst.

Very ugly scene here. All hell has broken loose after a member of Paul’s team got into it with Woodley’s mom

“Very ugly scene here. All hell has broken loose after a member of Paul’s team got into it with Woodley’s mom”

Here’s the fracas between Team Paul and Team Woodley. This could have gone much worse. Thankfully not but it was pretty damn tense for a minute there pic.twitter.com/EnKXkI8abg

“Here’s the fracas between Team Paul and Team Woodley. This could have gone much worse. Thankfully not but it was pretty damn tense for a minute there”

Woodley was as fired up as I’ve ever seen him pic.twitter.com/BaV573ZFu0

“Woodley was as fired up as I’ve ever seen him” 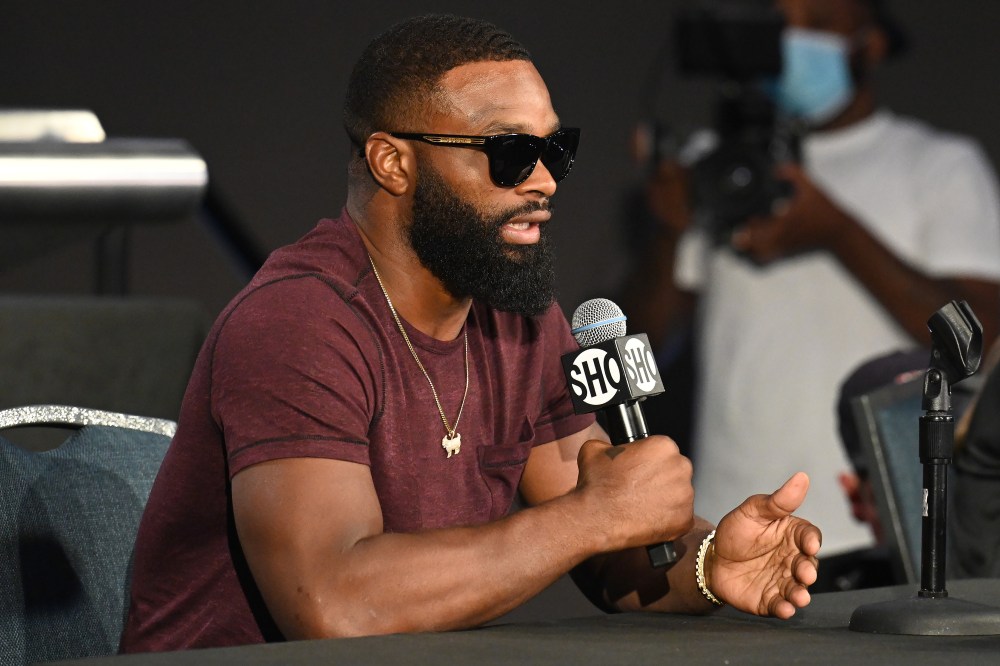 “I’m looking, trying to do the faceoff, and I hear him going back and forth with my mom,” Woodley told MMA Junkie and other media in a scrum after the situation subdued. “Anytime it’s going back and forth, that’s unacceptable. I don’t care who you are, what nationality you are, that’s unacceptable. So I said, ‘Is you f*cking talking to my mom now?’”

“Then I hear Jake say something, ‘Yeah, he’s talking to your mom.’ He don’t know no better. He don’t understand this lifestyle. I’ll shake this whole f*cking room in a way you ain’t never seen. F*ck the UFC sh*t, f*ck the knockout sh*t, I will start f*cking hurting people, and you’ll see orange droppin, hitting the floor.”

“What you’re not gonna do is talk to my mother in any type of way,” Woodley said. “I don’t give a f*ck if you’re a whole op, if you killed my friend, I’m never gonna speak on nobody’s mom.”

Woodley also stated that these things that Jake Paul might be pulled to make him fight angry but that won’t affect him.

Paul vs. Woodley takes place Sunday at the Rocket Mortgage Fieldhouse and is set to air on Showtime pay-per-view.