The two-time world heavyweight champion boxer, Tyson Fury has called out UFC heavyweight champion Francis Ngannou and has challenged him for a boxing match but he wants it with boxing gloves. Tyson Fury is known for his unique antics which he pulls outside the boxing ring. Now he has made this unique call out and turned the combat sports world on its axis, because if such a fight can take place then this would be one of the biggest cross-promotions fights in the history of the sport considering the status of both these fighters. 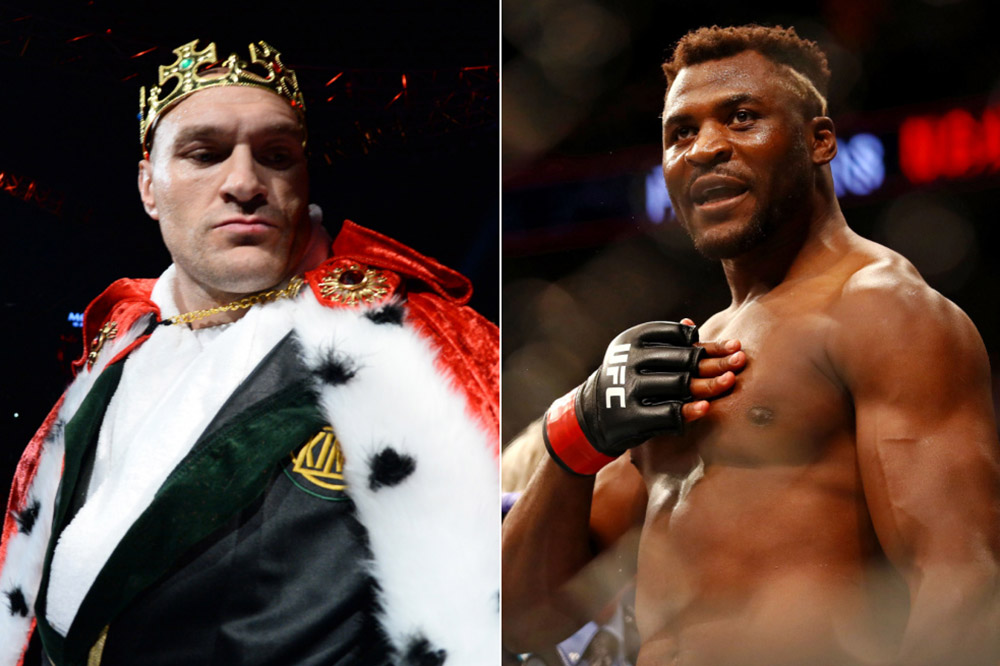 Tyson is a two-time world heavyweight champion, having held the WBC and The Ring magazine titles since defeating Deontay Wilder in 2020; previously he held the unified WBA (Super), IBF, WBO, IBO, and The Ring titles after defeating Wladimir Klitschko in 2015. He is coming off of back-to-back wins over former world champion Deontay Wilder. He was recently rumoured to fight fellow British boxer, Anthony Joshua. But that match never took place and now it seems like Fury has his eyes set on the UFC heavyweight champion.

Who would like to see me fight this beast boxing rules @ufc gloves?@danawhite @francis_ngannou pic.twitter.com/xONNoT8NzR

“Who would like to see me fight this beast boxing rules @ufc gloves? @danawhite @francis_ngannou.”

“How about MMA rules with boxing gloves? I can do you that favor.”

If the fight does happen it won’t be the first time that a UFC champion would be fighting a boxing champion. UFC fighters leaping into the boxing ring has become a new trend as everyone has understood the difference between UFC and boxing payscale. Many retired UFC fighters are heading to the boxing world to make some big money fights that will help them live a luxurious life at the tail end of their career. 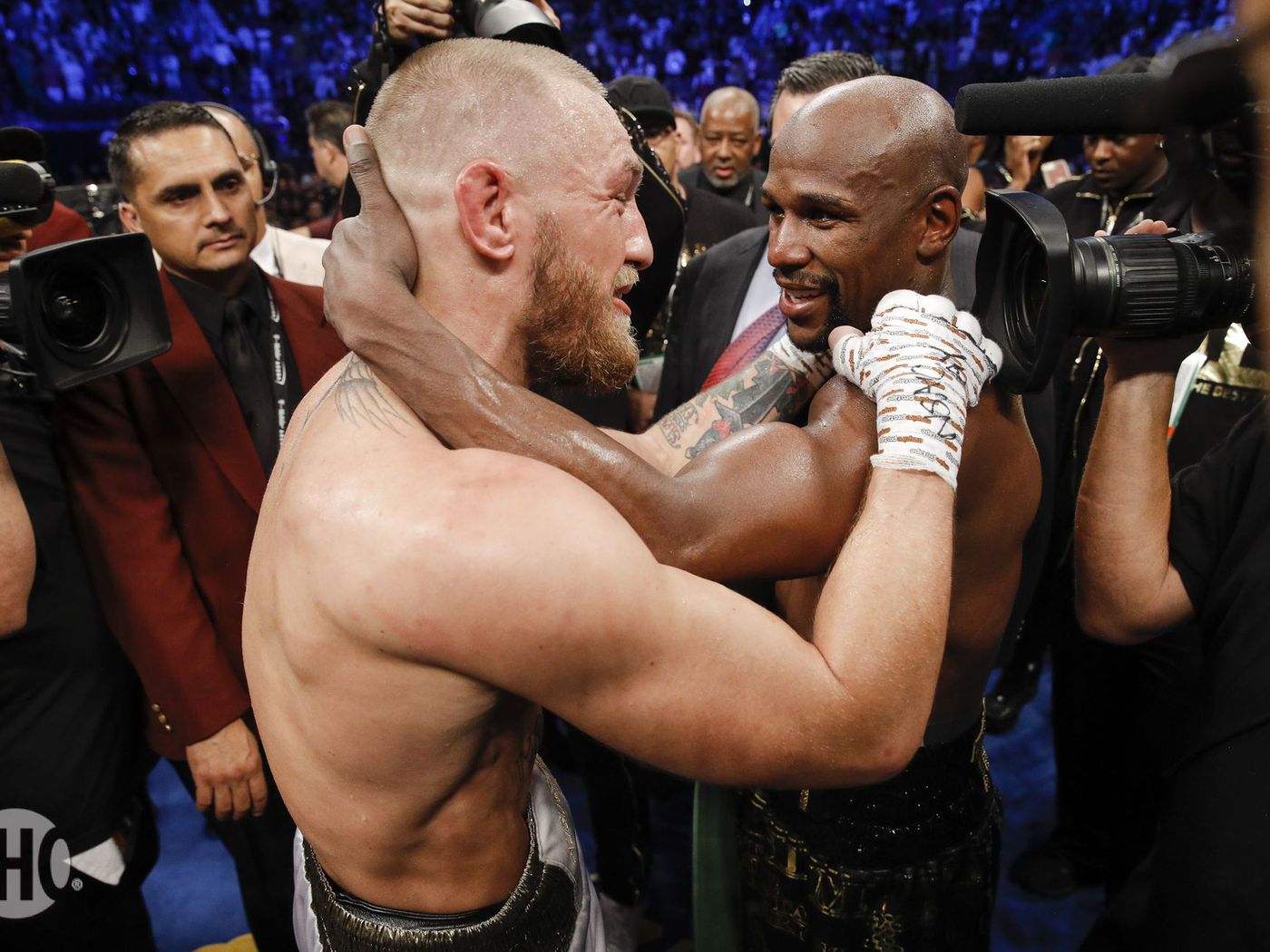 Former Two division champion Conor McGregor was the most notable UFC fighter to enter the boxing world against the arguably greatest boxer of all time, Floyd Mayweather. Conor lost the fight via stoppage but made nearly $100 million for that fight which was an eye-opener for many other UFC superstars who then turned their attention towards the boxing world. Tyron Woodley has recently fought two boxing matches against Youtuber turned boxer Jake Paul. Anderson Silva is one of the most notable UFC fighters to compete in the boxing world and also win a boxing match. 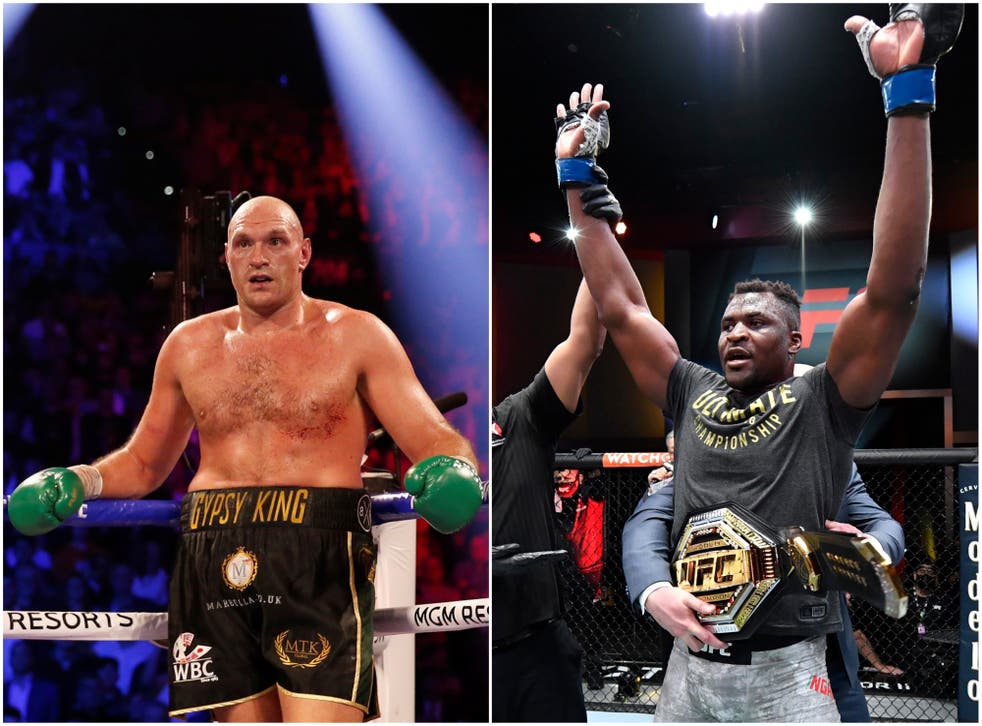 The chances of Francis Ngannou boxing Tyson Fury are pretty less considering the current situation but there are chances we might get to see them compete sometime in the future. Francis Ngannou is currently under UFC contract and targeted to defend his UFC heavyweight title against Ciryl Gane at UFC 270. Tyson Fury on the other hand is not linked to any matchup yet.