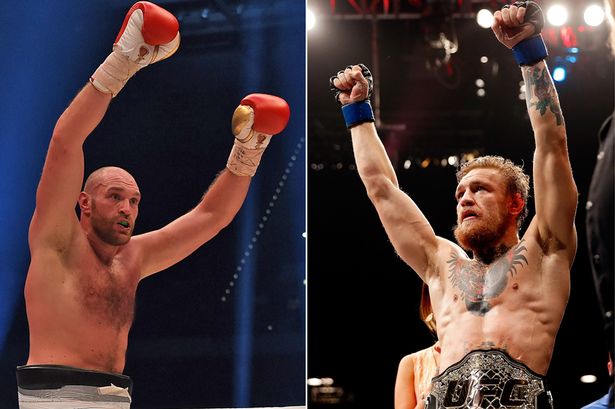 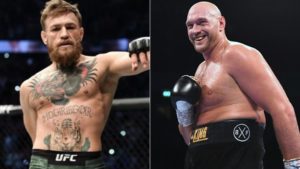 “I think Conor is an absolutely fantastic fighting man. He has offered to train me if I ever want to go into MMA. What better trainer could I have than the ‘Notorious’ Conor McGregor?” Fury said in an interview with RTE Radio 1 (via boxingscene.com).

“I’m looking forward to coming to train with Conor. We’re going to get it all planned in and I should be over in Dublin quite soon. I’ll definitely be coming over for a training session, that is for sure. I have been MMA training in the last week with Darren Till in Liverpool. I really enjoy the new challenge.”

In the meantime, Tyson Fury will be fighting Wilder for the heavyweight championship.

“There’s no more ducking and diving,” Fury said. “The date has been set, and the ‘Bomb Squad’ is about to be securely detonated and the real champion crowned as the world watches on for the most anticipated fight in years. This is unfinished business for me, but come Feb. 22, this dosser will finally get what’s coming to him, and I can’t wait.” Fury concluded. (H/T – ESPN.com)

Previous articlePetr Yan calls out Henry Cejudo but the UFC BW Champ reiterates his desire to fight Jose Aldo
Next articleConor McGregor and partner Dee Devlin donate $27,000 worth of toy vouchers to children for X’mas!