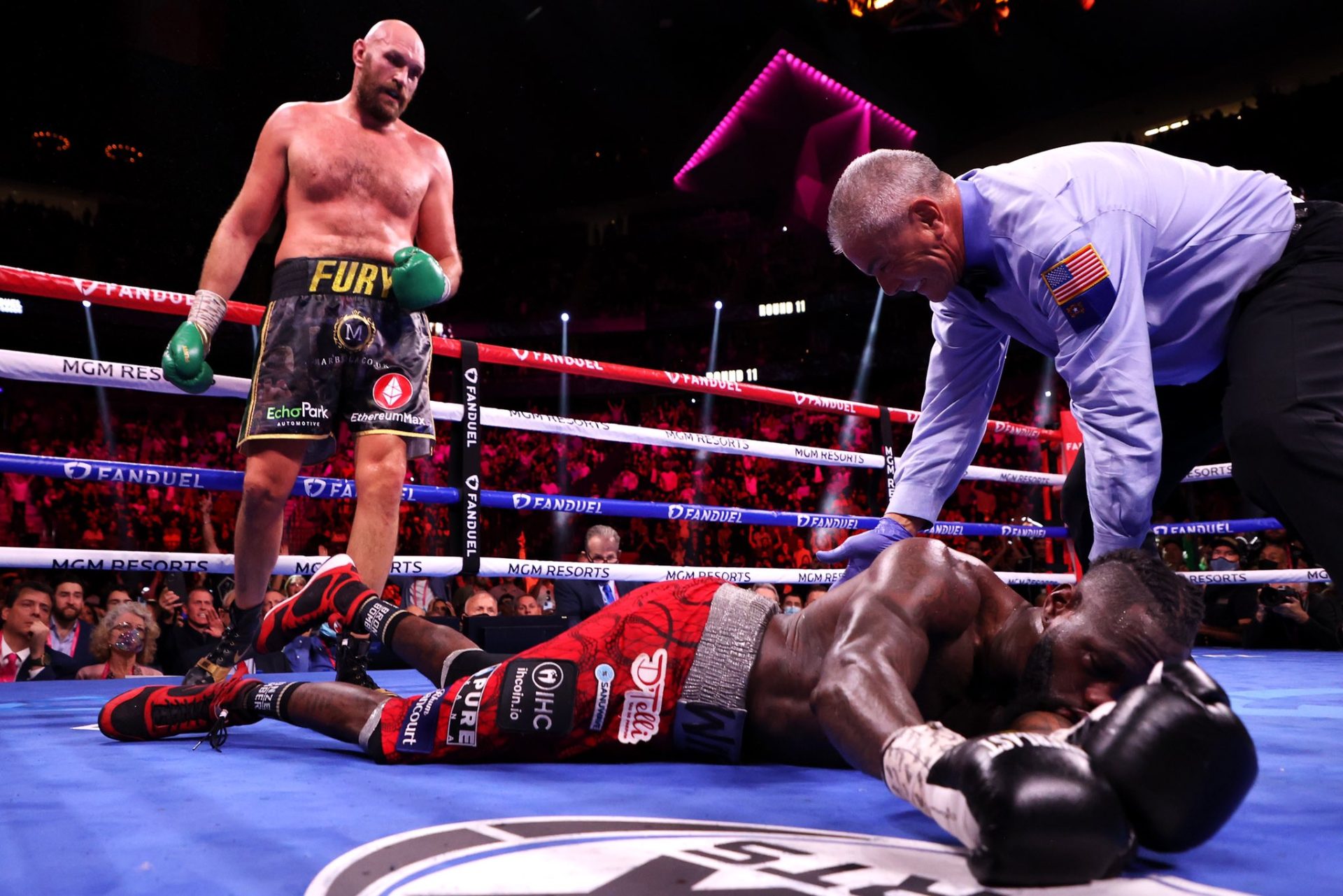 Tyson Fury proved his finesse once again in the ring in his much awaited trilogy fight against arch nemesis Deontay Wilder, defeating the American via an 11th round TKO in a nail-biting boxing event at the T-Mobile Arena on Saturday night.

The fight, billed as ‘Once and for All’, marked the return of both the contestants in the squared circle since February last year when both Fury and Wilder faced each other for the latter’s WBC title, with Fury dominating Wilder to a 7th round TKO win.

Fury survives couple of knockdowns to drop Wilder in the 11th

Right from the start, Wilder went busy with his body jabs on Fury in the first round, but Fury took advantage of his reach and in the second, utilized the range with long punches, keeping Wilder on his scout.

In the third round, Fury walked Wilder into a corner and with a brilliant combination, knocked Wilder down onto the canvas, who was able to beat the count and continue. The fourth saw a complete turnaround from Wilder, who went at Fury with a brutal right hand out of nowhere, dropping the Briton to the canvas. Fury kept continuing after getting up, avoiding Wilder’s strikes with his head movement but suffered another knockdown in the same round.

After surviving the back to back knockdowns, Fury went at Wilder in the fifth with left-right combos and a vicious uppercut, followed by pushing him into the corner. Wilder continued his offence as well and the sixth round saw a number of clinches from both pugilists. Another uppercut from Fury put Wilder on his knee but the referee ruled it as from the clinch.

The seventh and eighth rounds saw Fury going double on his offensive, putting Wilder into trouble with his constant 1-2s, body strikes and right hooks, with Wilder surviving on the ropes by clinching. After a quick doctor check on Wilder before the ninth, the bout continued but the American returned some strikes in the round, but Fury made far more connections.

Fury dropped Wilder again in the tenth with a brutal right hand following a left as the ‘Bronze Bomber’ went down on all fours. He beat the count again but started to fall behind in the counters as Fury kept his work going. The 11th and final round saw slow counters from Wilder, while Fury landed strikes and a heavy right hook sent Wilder down to the mat once again. This time, the ref avoided the count and awarded Fury the victory.

Previous articleKamaru Usman praises Colby Covington: ‘I would put him in the top-15 welterweights of all time’
Next articleSiddharth Singh : Fighter of the Week

“Who the fu** is this?” – Canelo Alvarez reacts to Ali Abdelaziz calling him a Chicken