Tyson Fury leaves his trainer and Conor McGregor has a message for him! 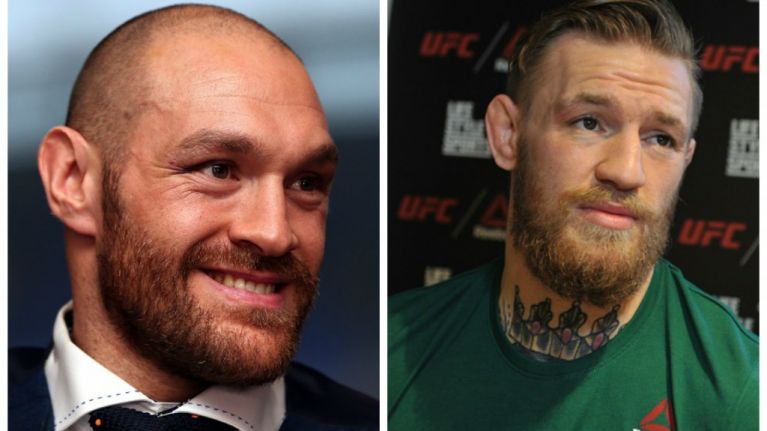 Tyson Fury has split with his trainer, Ben Davison, just two months before his scheduled rematch with Deontay Wilder.

According to a report from ESPN, the unified WBA, IBF, WBO, IBO champ will be back to working with the nephew of his former trainer Emmanuel Steward, Javan ‘Sugar’ Hill.

The Gypsy King is shaking things up 👀@Tyson_Fury splits from head trainer Ben Davison just months before his Feb. 22 match-up with Deontay Wilder (via @DanRafaelESPN) pic.twitter.com/8WZ12GqDGR

Fury had gained tremendous strides as a boxer with Davison. It was under him that he had lost nearly 10 stone in a year before his extraordinary 12-round draw against Wilder in Los Angeles last December. It was during this stretch that people started viewing ‘The Gypsy King’ as the best heavyweight that is currently fighting in the business.

Tyson’s former coach also opened up about the split. “Tyson and myself had to make decisions which resulted in our working relationship coming to an end,” Davison tweeted on Sunday. “We remain friends and he will smash the dosser.”

The fans weren’t very happy with the split up between the two. It was the timing of it all that concerned them about the ramifications of the decision. One such fan who expressed his concern was Conor McGregor.

The former two division champ took to Twitter to address the matter. He encouraged both the parties to settle the dispute. He also wished that they would work together to dispose off the task at hand – defeating “The Bronze Bomber” Deontay Wilder.

Get over it men and get back to work. Finish the job.

“Get over it men and get back to work,” McGregor wrote on Twitter. “Finish the job.”

McGregor and Fury have been very close recently. The latter has already expressed his desire to move over to the mixed martial world once he gets over with boxing. He has hoped that “The Notorious One” can help him in bridging the gap from one form to the other.

However, Tyson will now have to focus on the task at hand. And that is fighting Deontay Wilder for the second time. Their first meeting was one of the biggest  heavyweight boxing bouts of recent history. After 12 rounds of back and forth affair, it ended in a controversial split draw, with the scorecards at 115–111 for Wilder, 114–112 for Fury (which was incorrectly announced as 114–110), and 113–113.