Any time, any place, anywhere: Tyson Fury ready to give Francis Ngannou some “Gypsy King” power 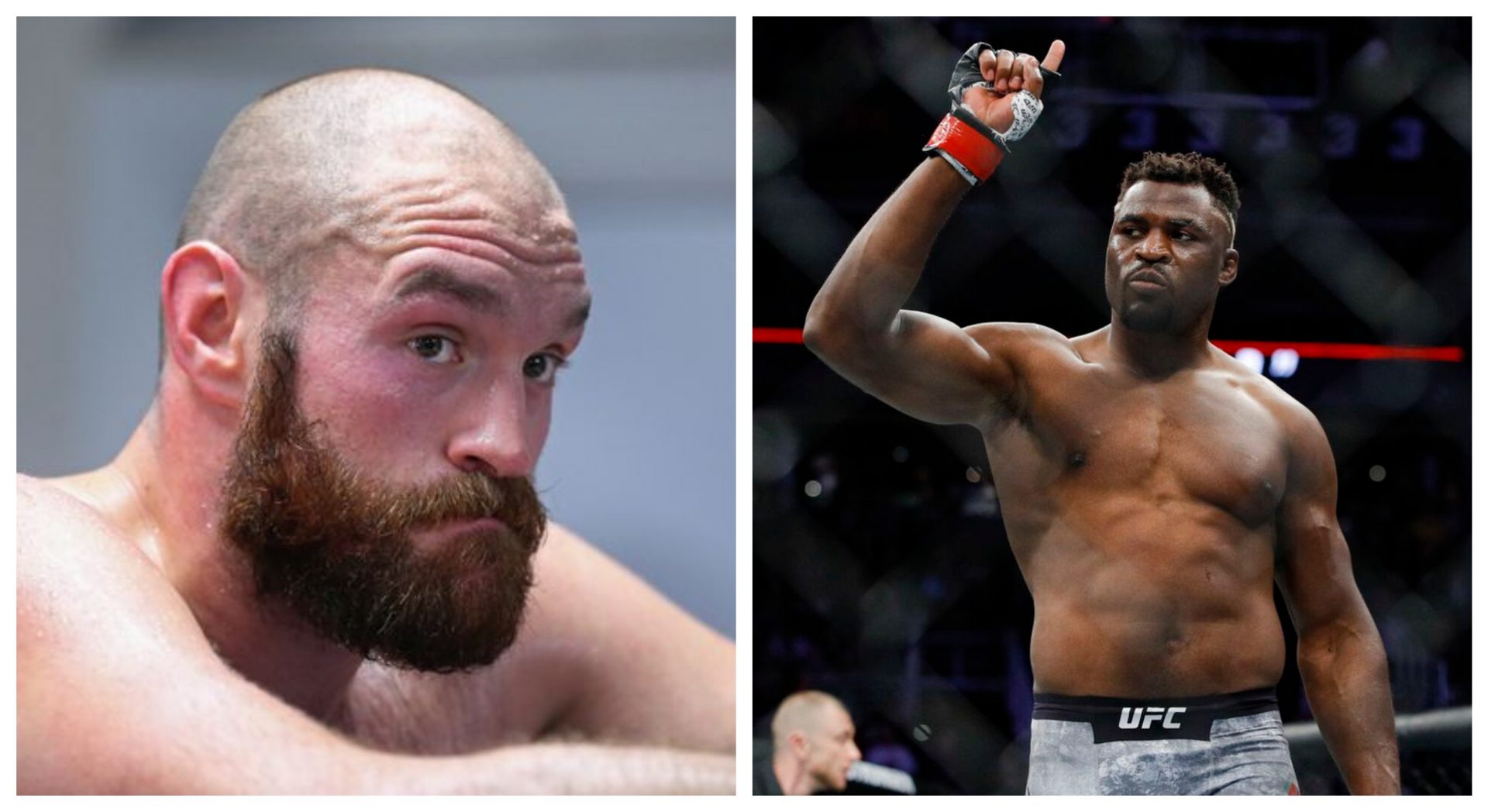 Whether or not his upcoming undisputed title fight against Anthony Joshua gains pace, Tyson Fury has recently turned his gaze on UFC superstar Francis Ngannou and has called out the mixed martial artist on social media.

It is a well-known fact that Francis Ngannou holds the world record for the most powerful punch. It is also known that the current UFC heavyweight champion has a history in boxing.

The desire to square off against Ngannou was first shown by Dillian Whyte, who recently challenged to knock Ngannou out either in the squared circle or in the Octagon. Now, it’s none other than the WBC heavyweight champion of the world who wishes to take on the French-Cameroonian.

“Any time, any place, anywhere, seven days a week and twice on a Sunday, you big ugly dosser,” the 34-year-old added.

The clip took the social media by storm and it didn’t take long for Ngannou to notice Fury’s challenge. He sent out a tweet in rebuttal as well, but for Ngannou, his plans to see the ‘Gypsy King’s power will come only after a fight against Jon Jones takes place.

I'll take care of @JonnyBones first then come after @Tyson_Fury

While the verbal heats against Whyte and Fury are fairly new, ever since he defeated Stipe Miocic at UFC 260 to win the heavyweight championship, Ngannou has been focused on taking on former UFC light heavyweight titleholder Jon Jones in the Octagon. Jones, however, recently parted ways with his long-time representatives Round Management.

However, while a card such as Ngannou vs Jones will be as big as it gets in the mixed martial arts fandom, taking on the undefeated Briton pugilist will be no easy of a job for ‘The Predator’.