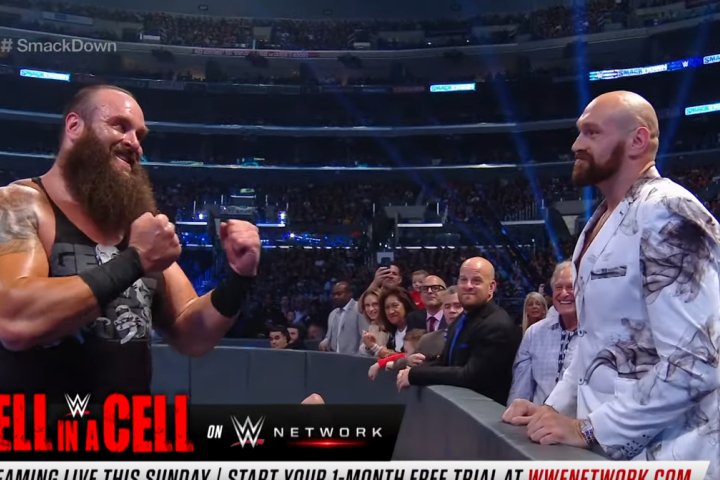 Lineal heavyweight champion of the world Tyson Fury was present today at the Staples Center in Los Angeles, California for the Friday night Smackdown which made its debut on Fox. 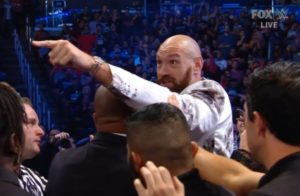 However, during the eight-man tag team match WWE superstar Braun Strowman got into a confrontation with Tyson Fury ringside. They both had a stand-off and then Strawman jokingly told him, “You don’t want these hands“, he then pushed Dolph Ziggler towards Tyson Fury which caused Fury to lose his balance.

You DON'T want to stoke the FURY of @Tyson_Fury! #SmackDown pic.twitter.com/tK8x5TbiOH

Strowman then went on to win the match, which resulted in Tyson Fury jumping the guardrail and as a result, he was immediately held back by numerous security guards who were present in the venue.

It looks like @Tyson_Fury wants to get his hands on @BraunStrowman! #SmackDown @FOXTV pic.twitter.com/JPfUNEaC6X

This is not the first time a boxer has made an appearance in WWE, former heavyweight champion Mike Tyson and five-division world champion Floyd Mayweather have also made a short stint on WWE.

WWE also confirmed that they will offer Tyson Fury an open forum this Monday night on Raw to speak his mind.